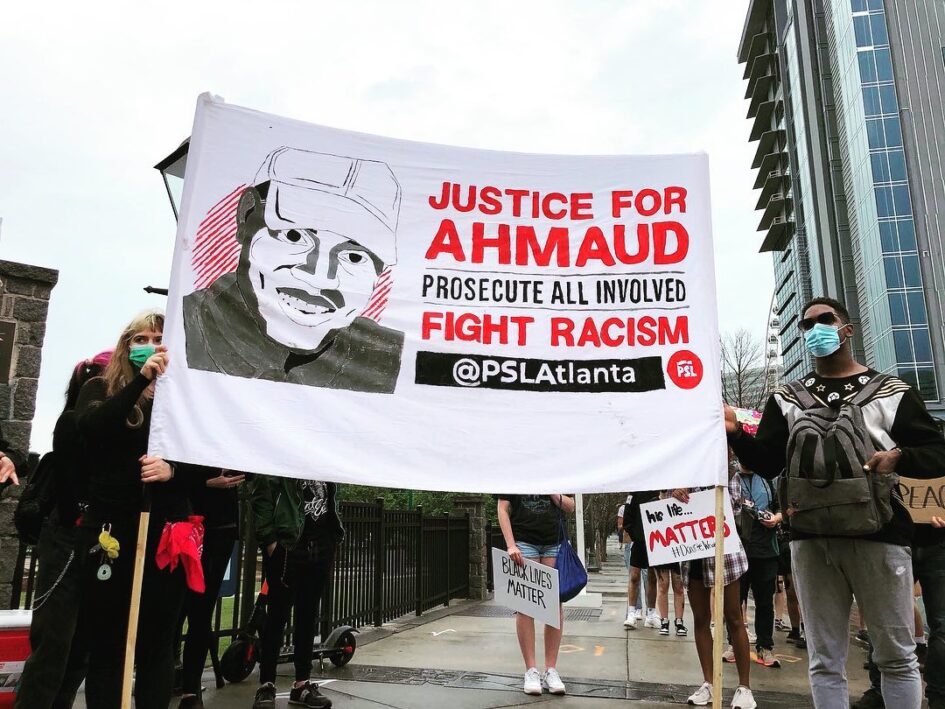 All three killers of Ahmaud Arbery — who murdered him in a racist lynching while he was jogging in Brunswick, Georgia on Feb. 23, 2020 — have been found guilty of their crimes.

All three faced the charges of malice murder, four counts of felony murder, two charges of aggravated assault, false imprisonment, and criminal attempt to commit a felony — they received the following convictions:

Travis McMichael – Guilty on all charges

Greg McMichael – Guilty on all but malice murder

William Bryan – Guilty on all but malice murder, 1 count of felony murder, and 1 charge of felony assault

Although sentencing has yet to take place — and despite some of the charges being evaded by two of the killers — all three are set to spend the rest of their life in prison. They also face a federal trial for hate crimes set to begin on February 7 next year.

It was only because of last year’s historic surge in the movement for Black lives that Ahmaud Arbery’s murder was even prosecuted in the first place. The built-in advantage that racist killers have in the U.S. court system could only be overcome by the collective power of the millions who participated across the country in this uprising and demanded that justice be done. The state’s initial response to the lynching of Ahmaud Arbery was to let the killers walk free for more than two months, only arresting them on May 7 after people took to the streets upon the release of the video on May 5.

The legal system’s racist biases were glaring throughout this trial, including racist questions asked to prospective jurors to establish a Jim Crow-style jury that excluded Black residents, along with the months-long cover-up by the initial prosecutor Jackie Johnson.

Significant victories have been won throughout this fight for justice for Ahmaud Arbery. Georgia Governor Brain Kemp was forced to sign the state’s first ever hate crime bill into law and significantly change Georgia’s Civil War-era slave catching law — the citizen’s arrest law that was cited by the defense lawyers in the courtroom.

It was the people’s movement, which brought tens of millions of people into the streets in a rebellion against white supremacy in the summer of 2020, that forced the U.S. “justice system” to deliver this verdict. The courts do not serve justice, only the people taking to the streets by the millions do.