Peru: An Urgent Call for Mobilization in the Streets to Stop the Right Wing 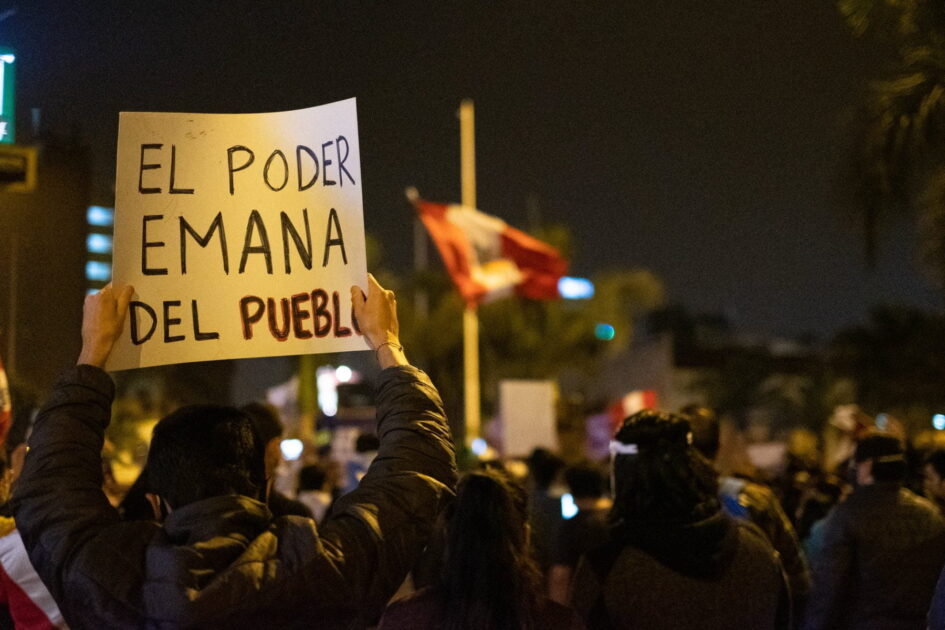 A third impeachment motion had been filed against president Pedro Castillo and was to be discussed on December 7, by Congress. However, at 11:45am Castillo gave a message to the nation announcing the dissolution of parliament, in response to the multiple attacks and obstacles that it has placed on his mandate from the beginning.

As we had warned in previous articles, the reactionary right wing and the Peruvian oligarchy would do everything possible to get rid of this alien entity that dared to occupy a place in their state apparatus. Despite the fact that Castillo at all times promised to maintain the bourgeois constitutional regime, the bourgeoisie simply cannot stand someone who does not belong to their class, someone who comes from the common people.

Faced with this situation of confrontation and political paralysis, Pedro Castillo called on the OAS [Organization of American States] a few weeks ago to intervene. From the IMT Peru we stated that we do not agree with the participation of the OAS given that it is an organism of US imperialism to intervene in all the countries of Latin America to assert their interests against any attempt by the people for their emancipation, including the timid reformers who do not pose a serious fight against capital. Now, events have proven us right, because in the face of the political upheaval caused by Castillo’s announcement, the OAS has declared that the president had broken constitutional order. The OAS therefore, has recognized his removal and ratified the new presidency of Dina Boluarte.

A lesson in reformism

After the president’s announcement, the political situation has become chaotic. The bourgeoisie began to mobilize its state, the media, social networks and the armed forces of Peru, denouncing a supposed “coup d’état,” an attack on the constitutional order and democracy, raising the need to defend the state institutions against Castillo’s “dictatorial” act. They convened a session of the congress, they voted for his impeachment and they appointed Dina Boluarte as the new president.

In this situation we cannot fail to mention that both the magisterial bench (Castillo’s own) and that of Peru Libre have voted, in their majority, for the impeachment of Castillo, which seems to us a low and cowardly act. As representatives of the Peruvian “left” they know very well that the lack of governability and the purges in the ministries were the result of pressure from the majority right-wing congress. Statements by people who call themselves “Marxist, Leninist, Mariateguista” justifying their vote or abstention in the impeachment vote due to the need “to defend democracy and the constitution” are inadmissible. A true Marxist would never fall into the trap of abstract defense of bourgeois “democracy” or “constitutionality.” We must see beyond the forms and clarify the authentic class nature of the processes. What we have witnessed is a coup by CONFIEP [the bosses’ confederation], the bourgeois state apparatus, Fujimorismo, the mining multinationals and the US embassy against a president they never accepted.

What happened yesterday contains a lesson for Latin American reformism: you can be in government but that does not mean having power. While the bourgeoisie has acted in unison, mobilizing its forces to achieve its objective, Pedro Castillo simply disappeared, since he made his announcement, without calling on the masses to defend his decree of disbanding congress, a decree that was very popular among the sectors in struggle. There has been no march in the last period in Peru that does not call for the closure of the congress. Despite the lukewarm measures and the president’s negotiations with the right, the masses have always shown their unconditional support for the government they assume as their own. Castillo’s biggest mistake has been to seek alliances and support in bourgeois institutions and not among the worker and peasant masses of Peru who put him in the presidency.

At this moment there is a lot at stake for the oppressed class in Peru. It is no longer a question of being in favor of Castillo or against him. It is a question of preventing the right from ascending in a process of counterrevolution.

Our fight right now is against the bourgeois-oligarchic coup, to carry out a revolutionary struggle to expropriate the bourgeoisie, put an end to the hated army and the hated Fujimorist constitution. It is necessary to raise and strengthen a popular organization from the rank and file, based on the workers and peasants, that can offer a socialist alternative to this political crisis that has opened up in the Peruvian bourgeois regime. This situation is not something secondary, it is an urgent matter, since the life and future of our class is at stake. It is necessary that the worker and peasant masses of Peru take to the streets not only to defend the president, but to raise the question of who is in charge, if it is the CONFIEP or the worker and peasant masses.

Mobilize against the right!

We have to make an appeal to elect representatives of the trade union, student, women’s and peasant organizations, and they have to call for a united struggle to face the enemy that is currently centered in Congress. What is required is a serious appeal to fight against the oligarchy and against the high command of the bourgeois army.

In the streets the slogan sounds: “Let them all go, new elections!” expressing opposition to the congressmen who from the beginning sabotaged President Castillo, and also the demand that a new president be elected by the people, not by that den of bandits. It is a fair democratic aspiration. However, we must draw all the necessary conclusions from the experience of the Castillo presidency. Workers and peasants can elect a president, but those who rule the country are those who have economic power, control the media and the state apparatus. It is not enough to change the government, we must fight for a fundamental change of the system. But to get there we need the organization and mobilization of the oppressed masses and a revolutionary leadership that we have to build.

We insist, these mobilizations will not be to defend Castillo. He has shown that he has not lived up to the events, everything that has happened has been a consequence of his timid and servile attitude leading to a situation in which the bourgeoisie is now emboldened and attempting this coup. That’s the result of his class conciliation policy.

These mobilizations and this struggle that we have to wage is fundamentally for us, for the working class and for the poor of this country, who in the end will be the ones who will pay dearly for the fact that the bourgeoisie returns to take full control of its state. If we allow them, they will proceed to apply their desired plans of attacks against the interests of the working class as a result of the crisis of the capitalist system.

Right now, Pedro Castillo and his former premier Aníbal Torres have been arrested, and Dina Boluarte has been sworn in as president. She made a speech calling for a truce, for the formation of a government of national unity with all the political forces of Peru, requesting a breathing space in order “to rescue the country from corruption and misrule.” But nothing will change, the bourgeois State is the tool of the bourgeoisie to safeguard its interests. You cannot compromise with the right wing, you fight the right wing, with organization and in the streets.

The political situation in Peru is very critical and from the IMT-Peru we call on all organizations in struggle to take to the streets together, to demonstrate that true power comes from the fist of the working class and the organised and revolutionary poor peasants.

Perú: an urgent call for mobilisation in the streets to stop the right wing

Urgent call to support the people of Myanmar