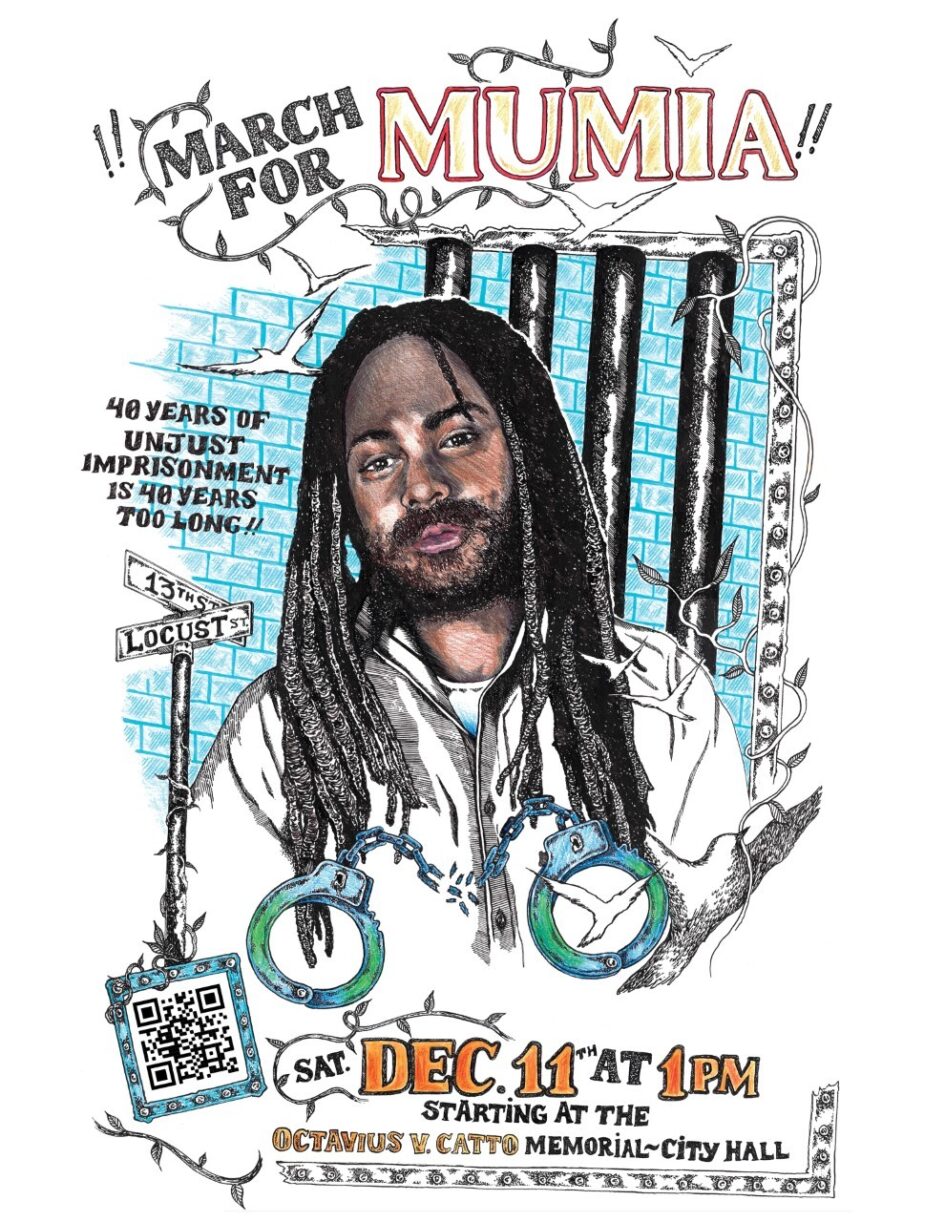 FORTY YEARS OF UNJUST IMPRISONMENT IS 40 YEARS TOO MUCH!

Mumia Abu-Jamal has been unjustly imprisoned since Dec. 9, 1981. He was convicted of the murder of a cop because of judicial, police and prosecutorial misconduct. Many of the illegal practices that resulted in his conviction were the same practices that has led to the exonerations since 2017 of 22 innocent men by the Philadelphia District Attorney’s Office.

Mumia’s health has deteriorated significantly over the years. He recently underwent open heart surgery, has had cataract surgery, and he suffers from cirrhosis of the liver and a severe skin ailment. Independent doctors maintain that he must be given a healthy fresh diet, and a regular exercise regimen which would support his cardiac rehabilitation and speed his recovery. Prison officials refuse to do this.

If you oppose the school-to-prison pipeline, mass incarceration, police-judicial-prosecutorial misconduct, and the imprisonment of political activists, come out and march on Dec. 11.

“Saturday we took the streets of Chicago in protest of this…