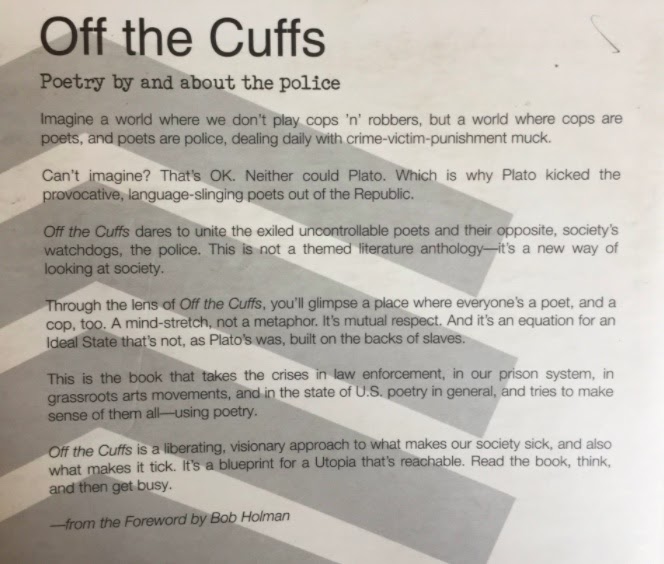 I have recently tried to get back into reading poetry, which once upon a time I read a lot of, because I feel I need more poetry in a reading life that is largely filled with theory and philosophy. By “recently” I mean since the summer of 2020. And by “try” I mean slowly and not regularly, though I want to make it more regular. In August I read Mia S. Willis’ excellent Monster House. Now I’m rereading Dionne Brand’s brilliant Ossuaries. There’s something meditative and calming, while at the same time provocative, about reading good poetry by politically committed poets who are also attentive to their craft. When I read poetry regularly in the past, along with well-written literary fiction, I found that it impacted by own writing and thinking in a positive way, and I would like to think that readers can see a poetics in my style due to my past immersion in poetry––but not too much that I’m writing pseudo-poetry instead of philosophy!

Throughout my undergraduate degree, before I decided to pursue a “career” in philosophy, I was super interested in poetry and the local poetry/arts scene in my home town (London, Ontario). I was kind of a part of it at the time because, along with a friend, I edited a counter-culture zine (called “Opium of the People” hilariously enough) where we “published” a bunch of local poets. So I was also part of the local poetry/arts zine scene, along with more successful zine editors (such as skot deeming and Jason Dickson who put out “Paradigm”), and frequented poetry readings and small gallery openings. I also admit to trying my hand at poetry, and the odd micro fiction, for this underground zine community, but don’t have the courage to read these attempts because I am quite certain they are embarrassing!

In the early 2000s I (unfairly) lost interest in contemporary poetry. By then I wasn’t co-editing a zine anymore and was tired out by the kind of pretentious poet who regularly occupied the stages of poetry readings. Having reorientated by interests to political organizing and philosophical study, the amount of political events I attended as an activist and academic were dominated by political spoken word poets who, although having better politics than the poets in the poetry reading events, largely imitated the same style that was starting to feel somewhat stale: the same breathy cadences, the same accents, that felt like simulacra of either folk or hiphop lyrics but without the music, beats, or attention to craft that I could get from folk and hiphop albums. While I was reading some great contemporary poets at that time, even my appreciation for that poetry was undermined by my experience of local poetry performances––which is partially why I’m rereading Ossuaries now, outside of that disappointing context that marred my appreciation of poetry. I mean, there were only so many spoken word performances where a correct diatribe about Palestinian self-determination was presented as a poem––when in fact it was an essay that could have been delivered as a speech and not mistaken as a poem had it been pronounced differently––that I could take. And yeah, that was probably unfair of me at the time but it largely spoke to being burned out by a popular glut in the genre.

Then, following this period there was the rise of the Instagram Poet, paradigmatically represented by Rupi Kaur. I’m not going to waste time complaining about Rupi Kaur because, not being a poet or a scholar of poetry, I’m not interested in shitting on someone who was able to make a living popularizing poetry. All I’ll say is that it wasn’t for me––it felt even more alien than the poetry readings and spoken word performances I’d experienced––and this kind of poetics has already been lambasted better by others. But I do think this Rupi Kaur popularization of a vague insta-poetics opened the door to this truly horrendous poetry compilation put out by Soft Skull Press: Off The Cuffs: Poetry By and About The Police.

Antonin Artaud once quipped that all poetry was “pigshit. People who leave the obscure and try to define whatever it is that goes on in their heads, are pigs. The whole literary scene is a pigpen, especially this one.” Clearly this was a cynical and ironic statement on the part of Artaud since he was a poet, but the statement becomes hilariously a propos when presented with a book of poetry by pigs and about pigs. Off The Cuff is literally a collection of pigshit. And that so much of it is presented in Rupi Kaur style, as an insta-poetics of policing, demonstrates the ways in which a popular poetic form lends itself to what Walter Benjamin called “the aestheticization of politics” which is the hallmark of fascist art.

Soft Skull Press was once an ostensibly left press but now it is putting out pig poetry literature. Which is extremely weird now, in the wake of the protests of Spring 2020 onwards that greeted the police execution of George Floyd. Why would any press care about the Kaur-esque ruminations of the pigs and their pigshit poetry except to find a way to aestheticize racist domestic warfare? And the insta-poetics popularized by Kaur lends itself to this aestheticization. But, hey, let’s look at how the editor of this pigshit poetry collection justifies its existence: Let’s just “imagine” that we live in “a world where cops are poets, and poets are police.” This is the weirdest justification of putting out a book that attempts to justify policing as poetry because we don’t live under some kind of socialist world where the policing of bourgeois relations can be treated as poetry: the contributors of this book are pigs, the armed bodies of men and women that are the repressive state apparatus of the bourgeoisie. The editor, Bob Holman, goes on to inform us that Plato also couldn’t imagine this reality because he banished the poets from the Republic as if we need to care about the pig poetry of this collection because of bad old Plato who couldn’t dare to imagine that the pigs of his Republic would be poets as well, and that is the real problem. Let’s be clear, yet again, about Plato and the poets of his time: the reason why Plato despised poetry had nothing to do with the contemporary conception of poetry, it was because the “poets” of the ancient world were religious magical thinkers, who opposed logic and instead offered representations of representations. Much of the the early attempts to establish philosophy in Ancient Greece was against poetry, which at that time was understood as religious mystification. How listening to today’s pigs is some kind of “mind-stretch” that is opposed to slavery, when the police in settler-capitalist states are also generated by the plantation, is the real magical thinking is a strange justification for this collection of pig poetry. “Everyone’s a poet”? Fuck you Bill Holman.

One of things I like about poetry, especially the poetry that survives all the captures of performance and yet still can be performed, is that it signals the thinking a different and better world. The best poetry has always elided business as usual. That “poetry” that aestheticizes dominant politics, like this Off The Cuffs publication is simply the poetics of the dominant class, that has been given an aesthetic expression by the insta-poetry popularized by Kaur and others: this is the poetics of the ruling class––the kind of poets that Plato could justifiably exile from his Republic. But there has always been another poetics that has challenged hegemony, that has concerned the politicization of aesthetics rather than the aestheticization of politics, and this has been the poetry that matters.