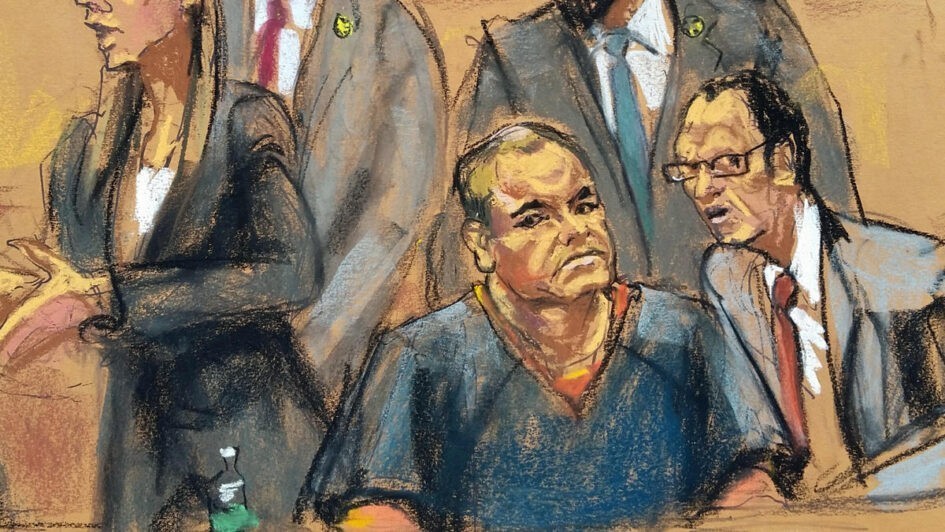 Friday, following the sentencing of Joaquín “El Chapo” Guzmán to life imprisonment by u.$. authorities, Mexican president Andrés Manuel López Obrador (AMLO) opined on what he saw as an “inhumane” decision.

It is also a tragic life to have a family and not be able to see it, maybe this is not life, and when all those things that happen end in sentences, like this, a sentence that a person is to be in prison for life, in a hostile prison, it is harsh, inhumane.

The u.$. imperialists had no right to abduct a criminal from Mexico to try him in their courts, but why in the face of the mountains of oppression and suffering endured by the Mexican people is AMLO so concerned with El Chapo, and not with the Mexican masses he claims to represent? Right now entire families are being broken up, filed into concentration camps and held without trial for months at a time. Fascist gangs and state thugs in brown uniforms gun down Mexican and other Latin American refugees on a daily basis at the border. Authorities in Mexico are engaged in a similar round-up of refugees and deadly repression of political opponents, aiding in the mass murder carried out by criminal warlords much like El Chapo, and yet it is his sentence which warrents such sadness?

AMLO demonstrates what it means to be a bourgeois “populist”, to talk up only the most obscurantist national feelings and suppress at every turn the people’s impulse to free themselves. He poses as a fighter for Mexican dignity, criticizing the imperialist so-called justice in the case against a Mexican criminal warlord and enemy of the people, but AMLO has indeed become a favorite of those same imperialists themselves. His presidency is only a new government of the old state, and though he may, on occasion, meekly represent a sort of backward national sentiment in words, his actions speak loudly in favor of the same comprador ruling class his predecessors dutifully represented.

This is all these so-called populists have to offer, hollow maxims and obscurantist dreams. Only a revolutionary movement led by a Maoist party and its people’s army can represent the true class and national interests of the Mexican masses. Maoist revolutionaries in Mexico are expertly working to reconstitute a genuine Communist Party capable of leading the struggle of the Mexican proletariat to bury the comprador ruling class and oust the imperialist exploiters of the country, including all the bourgeois “populist” frauds like AMLO who sell the people the same misery in a prettier package.