Potential For Explosive Struggle As British Capitalism Braces For Recession 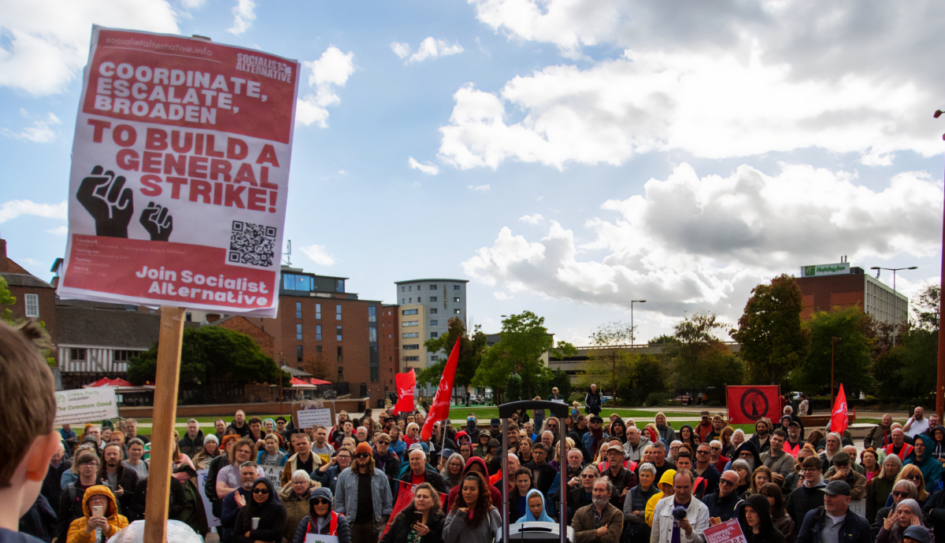 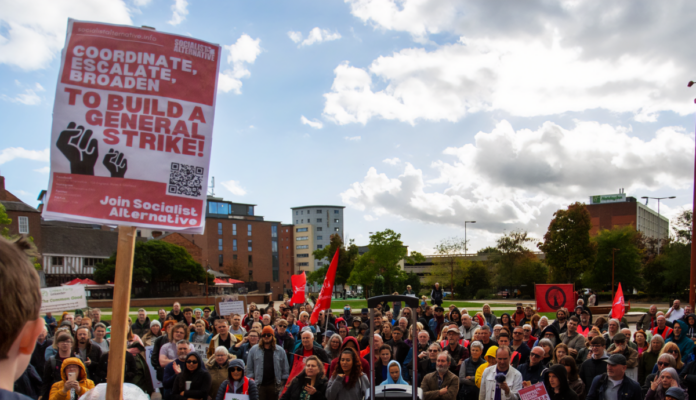 Recently, the Financial Times wrote a devastating editorial about the state of the Tory Party:

“The Tory Party has shown itself inept, riven with factionalism, contemptuous of the rule of law and exhausted of credible economic ideas. The only thing that unites Conservatives MPs is the fear of a general election. It is a well-founded concern, given the damage wrought by the past two governments is showing starkly in the polls. But the Conservatives should not be allowed to continue without a new mandate from voters. The British people, not MPs or the 170,000 members of the Conservative party, must now choose their political future.”

This statement from the Financial Times sums up the despair they currently feel about the future. Apart from the problems highlighted in the article, this reflects their concern about the British economy. Growth in Britain has now started to go backwards. By the end of 2022, we will officially be in a recession (which has already begun in reality).

The debate in big business circles is now over whether this will be a deep or shallow recession. Several indicators point clearly towards the former, not least that the government and Bank of England look to be in no mood to intervene en masse to prop up the economy, as was the case in the recession triggered by Covid. The BoE have moved from an era of ‘easy money’ with their hugely generous ‘quantitative easing’ program to a new era of ‘quantitative tightening.’

This involves higher interest rates, cuts in spending and raising taxes, in effect choking off demand. Most capitalist economists have even suggested we need a period of rising unemployment to bring down inflation! Hunt’s budget plan to raise taxes and extend a rather meek windfall tax on energy companies will not recoup the £30 billion lost in Truss’s disastrous 47 days in office.

Workers On Sharp End Of Crisis

Yet, inflation continues to outpace wages at 11.1% (CPI) but food inflation is even higher at just over 13%. Energy bills have rocketed up to an average of £2,800 annually despite being subsidized by the government until May 2023. Energy companies are predicting that prices could double again by next April just as they remove the subsidy. Officials are now ‘war-gaming’ the possibility of week-long energy blackouts this winter.

The bursting of bubbles of private equity, property, venture capital and cryptocurrencies signaling a financial crisis is now looming. Tech giants like Facebook and Twitter are now reporting huge losses. House prices have started to fall as the ‘market’ anticipates the impact of a full blown recession, but rents have never been higher! The average monthly rent in Britain now stands at £1,162 but in Greater London it is £2,343! Over the last year, rents have gone up by 20%.

NHS England has more than 7 million people on its waiting lists and staff shortages are now running at 10% of the workforce. Jeremy Hunt has been forced to concede that the NHS faces near collapse this Winter with a combination of flu, Covid, growing waiting lists and staff shortages coming together to create a perfect storm. Staff shortages in social care are even worse with a reported 175,000 unfilled vacancies. Councils say they need an extra £2.4 billion to maintain local public services. Hunt’s recent budget will do little to plug these gaps.

Small and medium size companies are also feeling the squeeze and calling for more help from the government. In hospitality up to one third of pubs could go out of business by the end of the winter. Local companies complain of being squeezed by inflation and falling consumer demand.

These traditional Tory voters look on in horror at the prospect of further interest rate rises and growing unemployment. The British economy has been built around the financial service sector, hospitality, and the stock market. Investment and productivity have suffered as big business has moved its profits into stocks and shares where they have got a bigger return. This failed economic model, pioneered by Margaret Thatcher, now lies in tatters. No wonder that Britain is now being described as the ‘sick man of Europe.’

Sunak’s forlorn claim to be ushering in a period of “professionalism, transparency and honesty” in government is not holding water. Already one minister, Gavin Williamson, has been forced to resign amidst claims of bullying and harassment, claims which have also been leveled at Suella Braverman and Dominic Raab.

In reality, the Tory Party is divided into several hostile factions, all of which have tried to run the country and failed. Cameron, May, Johnson, Truss and now Sunak have all spoken to their different tribes in the Party, but the past period has only exposed massive splits in their ranks.

The new course now being pursued by Hunt and Sunak is fiscal conservatism, echoing Osborne’s decade of austerity following the crash of 2008–2009. They claim to be reining in public spending and ‘living within our means.’ But this is not 2008!

Previous rounds of austerity have crippled public services, widened the wealth divide and seen the biggest drop in living standards since records began. Imposing cuts in the middle of a recession will make the situation far worse. Sunak’s claim to be a safe pair of hands in the current economic crisis will fall apart under the impact of a prolonged downturn. This will in turn exacerbate the splits in the Tory Party making this a government of permanent crisis.

For the working class, we now have no choice but to resist. Millions of workers are now gearing up for what will be a second and much bigger wave of strike action, following the Autumn strikes of rail, postal and dock workers. For the first time in the history of the Royal College of Nursing, there is now a crushing mandate for strike action across the NHS.

All the other health unions are doing the same and talking of coordinating their action. By January 2023, we could see the whole of the NHS workforce on strike. This includes GP’s and junior doctors who are also in the process of balloting. The NHS has never seen such a scale of worker resistance in its history.

Across the education sector it is the same story. Every education union, apart from Unison which has accepted a pay deal for support staff, is balloting for action. They will be joining university and college lecturers who have also balloted for action and are already embarking on a program of strikes. Civil servants, firefighters, ambulance drivers, are now also gearing up for action.

Post and rail workers have been on strike since the late summer, continuing their program of ongoing action. These private sector workers will be massively encouraged by the approaching second wave of mainly public sector workers. The next few months will be crucial for the whole trade union movement. It could result in completely destabilizing the government, leading to its downfall. As workers, we urgently need pay rises to keep up with inflation and the cost of living crisis. A major collision course is now set between the working class and this hated Tory government. Finally the tables are turning and the Tories are on the ropes.

Socialist Alternative stands in complete solidarity with all the strikers. These are struggles that can and must be won. To do so will require a clear fighting strategy which may initially have to come from below as workers get organized to support each other’s actions. This can be transmitted to the national leaderships to demand the organization, coordination, and escalation of the action.

The call for general strike action is not only gathering momentum here but across Europe in Belgium, France and Greece. The working class is going on the offensive but in the UK generalized action and coordination will be the quickest way to secure pay justice for all and the toppling of the Tories.

As UK Premier Polishes his ‘Brand Rishi’ Image, the Country Slides Into Recession