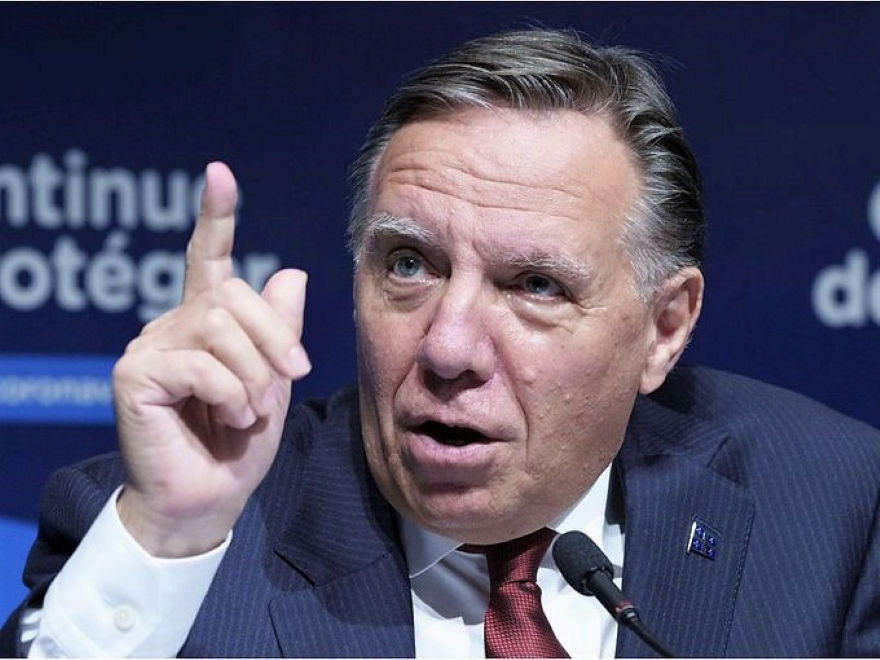 “How can we effectively combat systemic racism in Quebec if the Premier of the province continues to deny it?” – Chief of the Assembly of First Nations Quebec-Labrador (AFNQL), Ghislain Picard “Systemic racism does not claim that every individual who makes up this system is racist. Rather, it suggests that the system, either through prejudices that are tolerated or through wrongdoings or inactions, contributes to trivialize and marginalize Indigenous communities.” – Coroner Géhane Kamel.

The coroner’s inquest report into the death of Joyce Echaquan has been release and the conclusion was very clear:

The existence of systemic racism in the way Joyce Echaquan was treated in a Quebec hospital is undeniable, coroner Gehane Kamel said Tuesday, a few days after releasing her report on the Atikamekw mother’s controversial death.

Kamel oversaw the Echaquan inquiry which wrapped up Sept. 29 and found racism and prejudice from hospital staff contributed to the 37-year-old’s death.

Kamel recommended the government recognize the existence of systemic racism and make a commitment to root it out of institutions.

“We have witnessed an unacceptable death, and we must ensure that it is not in vain,” Kamel told reporters.

“It is unacceptable that large sections of our society deny such a well-documented reality.”

When asked if the mother of seven would still be alive if she were a white woman, Kamel replied: “I think so.”

The report’s very first recommendation was that the government of Quebec recognize the existence of systemic racism in the Quebec healthcare system and Quebec society.

Carol Dubé, Joyce Echaquan’s husband echoed this truth saying after the report’s release “Joyce is dead because she was Indigenous. A woman with seven marvelous children — what she had that was most beautiful was used against her in a system that still allows this kind of tragic situation to happen.”

Quebec Premier François Legault continued with his far right nationalist denialism of this basic reality, however, and refuses to accept that systemic racism exists in Quebec or that it was a leading cause of her death

As an October 5 press release by the Assembly of First Nations of Quebec and Labrador (AFNQL) stated:

Premier Legault is making the mistake of denying the presence of systemic racism in Quebec. Yet no society is immune from this scourge. Why would Quebec be any different? It is no longer a matter of opinion. Systemic racism is now identified in the coroner’s report as a determining factor in avoiding tragedies like the one that caused Joyce Echaquan’s tragic death and plunged her family, community and nation into mourning in addition to all of Quebec.

Chief of the AFNQL, Ghislain Picard made a call to basic decency saying:

The Government of Quebec has a moral obligation to follow-up without hesitation on the first recommendation of the report that the Government of Quebec recognize the existence of systemic racism within our institutions and undertake to contribute to its elimination. How can we effectively combat systemic racism in Quebec if the Premier of the province continues to deny it?

Legault is no stranger to ignoring, minimizing or dismissing the need for a real commitment to truth and reconciliation in Quebec.

America’s broadband crisis: the making of a twenty-first-century cartel