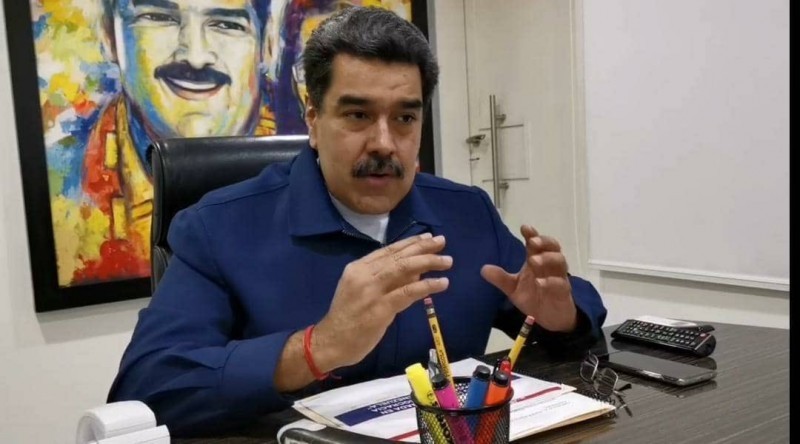 “Venezuela has been giving an intense battle against the aggression, siege, and lies from U.S. imperialism and its direct allies from the right on this continent and around the world,” Maduro stated. Maduro also lambasted the “cowardly left, the new indirect allies of U.S. imperialism who hide behind their masks of progressivism threaten our noble peoples who have been fighting.” Adding to the many achievements of the Bolivarian Revolution, Maduro said, “In Venezuela, we have advanced a real democracy that is direct and communal, with millions of men and women participating in the Communal Councils that every day is carrying out decisions and actions of the government and local self-government.”

The session concluded with Adán Chávez, Vice President of International Affairs for the United Venezuelan Socialist Party (PSUV). Chávez, the brother of deceased revolutionary President Hugo Chávez, expressed his appreciation and gratitude for the hundreds of international electoral observers in the country for the upcoming November 21 elections.

Venezuela has had an astounding 29 elections in the past 21 years, thanks in large part to the National Electoral Council, which Adán Chávez accounted for as one of the major achievements of the new constitution. These elections are expecting more than 20 million voters to participate in the vote to pick 335 mayors, 23 governors and more. He asked the electoral observers and solidarity activists to help Venezuela by transmitting the truth to the world in order to as a “counter-offensive to the media who has been sowing lies.” To rousing cheers and revolutionary salutes, Chávez said the Bolivarian Revolution “continues on the road to peace and our Bolivarian socialism.”

Truth About the Kronstadt Mutiny

At the End of this Hated War, We Need Truth

Truth and Lies about the 1956 counterrevolution in Hungary