Profiting off the pandemic 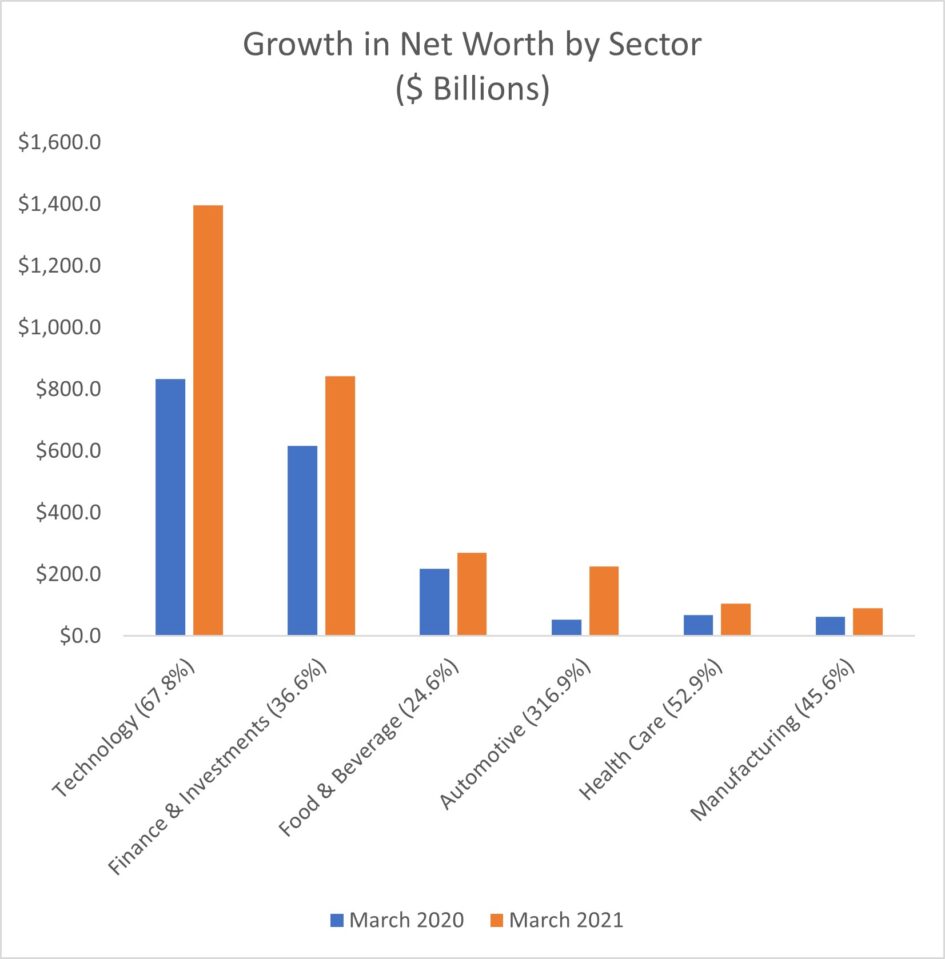 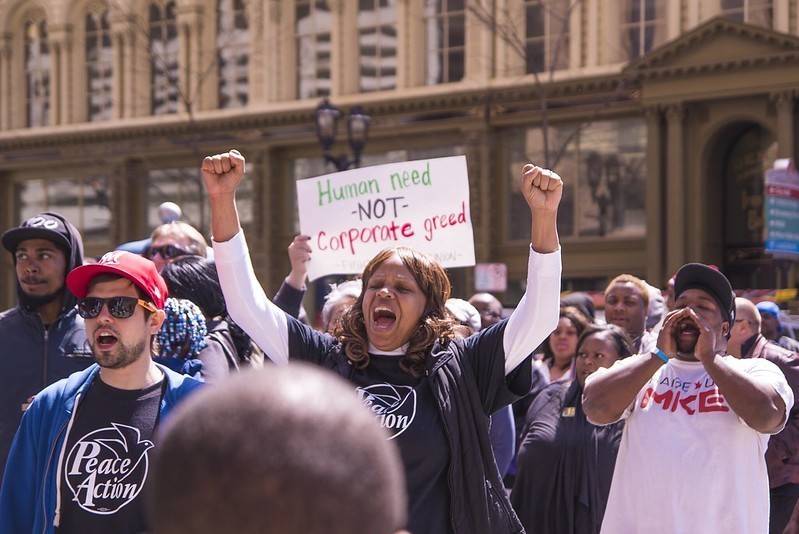 While vast numbers of working-class people struggle to find affordable housing, put food on the table, and pay for prescription medicines, the U.S. ruling class is living its best life: reaping in profits, showering rewards on their executives and shareholders, and exploiting workers as vigorously as ever. Contrary to expectations that the Covid-19 pandemic would adversely affect the economy, after just a brief dip, profits have soared for most public companies, including those that tried to nickel-and-dime union workers at John Deere and Kellogg’s, and those who have spent millions trying to prevent Amazon and Starbucks workers from organizing. Oil executives are reaping the largest profits in thirteen years. Billionaires are richer and more self-indulgent than ever — witness Jeff Bezos’ $485 million yacht and $5.5 billion space flight. The cash-rich ruling class is using its economic power more than ever to enact their economic, political, and cultural policies to reinforce their dominance. How can the working class fight back?

“Warren Buffett’s Conglomerate Records $90 Billion Net Earnings for 2021.” “Coke, Pepsi Enjoy Big Price Increases.” “Google Parent Caps Blockbuster Year.” These are just some of the gleeful headlines that appeared in the Wall Street Journal last month. An economy that is growing at a rate of 6% in 2021 has resulted in net profits for Standard and Poor’s top 500 corporations that is at record levels.

The big tech companies are the “unquestioned winners of the pandemic economy,” according to the New York Times, which reports that in less than one week, the five tech giants make more in sales than McDonald’s makes in one year. The Institute of Policy Studies agrees that tech wins in the race for profit in the Covid-19 pandemic. In the first year of the pandemic (March 2020–March 2021), the technology industry grew by 67.8% in one year — that’s $564 billion. Alphabet, Google’s parent company, saw its profit increase 36% to $20.64 billion in 2021. Amazon’s profits more than doubled to $8.9 billion, and Facebook’s profits are better than they were before the pandemic. 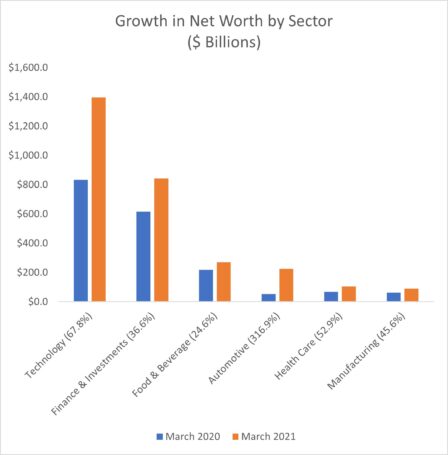 Finance represented the second-biggest growth in wealth in the first year of the pandemic. Not surprisingly, the finance industry continues to benefit shareholders and their managerial minions. Compared to 2020, banks’ profits rose almost 90% in 2021, reporting $279.1 billion in profits last year. Even corporations severely affected by the pandemic raked in profits. The automotive industry brought in the third-highest growth in pandemic profits despite supply chain issues and microchip shortages. At $172 billion, auto industry growth represented a staggering 316.9% over the previous year. For example, European automaker Stellantis (a merger of Fiat, Chrysler, and Peugeot) was hit hard by the chip shortage, but raised its prices and saw its profits double in 2021 to 13.3 billion euros.

The energy sector enjoyed a 26.8% growth in wealth during the first year of the pandemic. Oil companies deserve special attention, given the political framing of high gasoline prices. Despite some of the highest profits in a decade, and a recent decline in the price of oil, gas companies continue to fleece the public — the public that has been made dependent on private vehicles by decades of local, state, and federal policies favoring oil corporations and the auto sector. The price of gas would go down if production went up, but oil companies have no intention of investing in greater production. Instead, they are using the windfall profits in buy-back schemes to drive up the price of their shares, passing on that windfall to shareholders and awarding CEOs with big bonuses. Exxon Mobil gained $8.9 billion in profit in the fourth quarter of 2021 and promptly announced that it would begin a $10 billion stock buy-back. For the year, Exxon Mobil’s profits were $23 billion, the highest since 2014.

Ruling class versus unions and consumers

Besides passing higher costs on to consumers, corporations protect their wild profits by fighting against their workers’ rights to organize and bargain collectively. Despite a projected annual profit of almost $6 billion, the John Deere Corporation tried to continue a two-tier wage system that had begun with concessions the union made in 1997, and to remove cost-of-living adjustments (COLAs) for its workers. More than 10,000 striking workers at John Deere rejected two contracts, holding out in a six-week strike for better retirement benefits and a return of COLAs. Fourteen hundred Kellogg’s workers held out in a three-month strike against expanding a two-tier system that divides workers, weakens their power, and means lower wages for so-called transitional (that is, newly hired) workers. Despite a year of very strong profits, Kellogg’s threatened to hire permanent replacement workers rather than concede to a fair contract. Even the machines were treated better than the workers, according to one striking Kellogg’s worker interviewed by the Guardian:

One year ago, we were hailed as heroes, as we worked through the pandemic, seven days a week, 16 hours a day. Now apparently, we are no longer heroes. Very quickly you can go from hero to zero. . . . We just work seven days a week, sometimes 100 to 130 days in a row. For 28 days the machines run then rest three days for cleaning. They don’t even treat us as well as they do their machinery.

“Essential workers,” like warehouse workers, meat-packers, and grocery store employees, had their lives put at risk with unsafe working conditions, forced overtime, and union-busting campaigns. Take the euphemistically named “fulfillment center” warehouse workers that package and ship goods to the millions on behalf of Amazon. They suffered abominable conditions, resulting in high rates of serious injury and of illness from Covid. Amazon spent some of its windfall in revenues on a virulent anti-union campaign, and it continues to engage in surveilling, threatening, and misleading workers. Grocery store workers at another very profitable company, Kroger, struck in January in Denver, demanding safer working conditions as well as fair wages.

The rich continued to get richer over the course of the pandemic. The number of billionaires worldwide grew to 2,755 last year, of whom 724 live in the U.S. Six of the ten richest men are tech industrialists, like Jeff Bezos, Bill Gates, and Mark Zuckerberg. CEO salaries across the board keep getting more generous. According to the AFL-CIO’s executive pay watch, 24 CEOs received more than $50 million each in salary during the year 2020. The Institute for Policy Studies named the ten biggest “Pandemic Profiteers”; that is, those individuals who saw a 300% or more increase in their wealth. It includes Dan Gilbert of Quicken Loans, whose wealth increased 642% to $41.7 billion, and Brian Armstrong, CEO of Coinbase, a cryptocurrency exchange, whose wealth increased 550% to $5.5 billion last year. 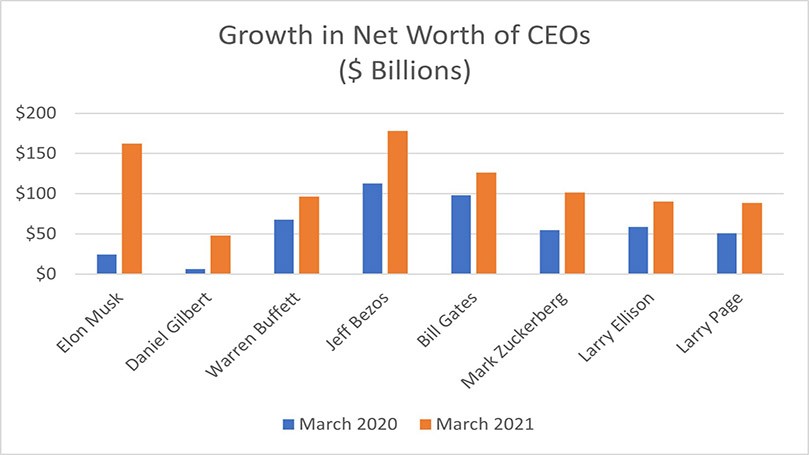 Billionaires have their wily ways to avoid paying taxes. ProPublica released a groundbreaking study last year that shows that men like Rupert Murdoch, Bill Gates, Elon Musk, and Mark Zuckerberg pay $0 in federal income tax, by using a loophole whereby their wealth accrues from the increasing value of their assets, but the gains are not defined as income until the assets are sold. In the meantime, by obtaining loans that are not considered income, the wealthy enjoy the benefits of unconscionable levels of consumption while ordinary Americans pay an average of 14% in federal taxes on their yearly wages. ProPublica calculated a “true tax rate” that reflects the actual rate of taxes paid by billionaires and discovered, for instance, that in 2018 Jeff Bezos claimed that he made so little income that he was even eligible for a tax credit for his children. His true tax rate amounted to only about 1.1%. 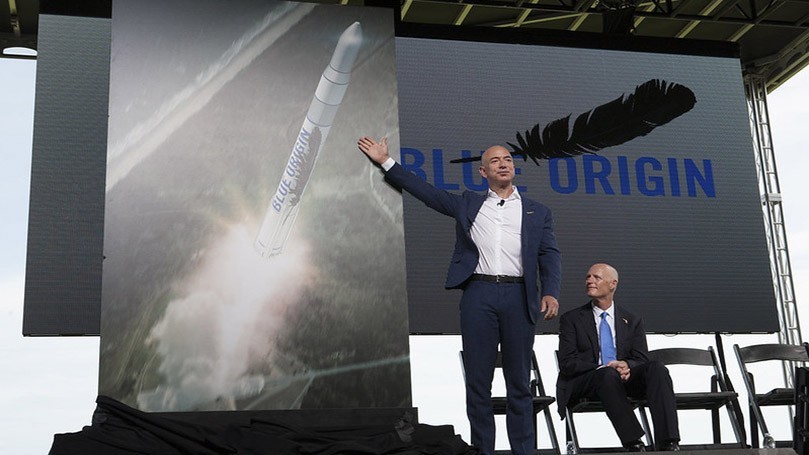 What to do with all that money? While hundreds of Americans are living in homeless encampments across the country, the rich are splurging on million-dollar cars, $76,000 Hermès Birkenstock sandals, $6,000 bottles of wine, and $300,000 private liberal arts college educations for their offspring. More importantly, the cash-rich ruling class uses its money to influence government policies and realize its political and economic goals. It’s no surprise that the two richest sectors, finance and tech, do business in conditions that are ideal for their pursuit of profit. As tech journalist Kara Swisher pointed out recently, while Australia and Europe have imposed regulations on tech industries, the only law the U.S. Congress has ever passed about tech firms is one that protects them from government interference. Billionaires have perfected their political influence by funding campaigns, by contributing to dark-money PACs, lobbying Congress and federal executive agencies, and creating organizations like the American Legislative Exchange Council (ALEC) to craft legislation that does exactly what the ruling class wants.

How can the working class fight back against this new level of exploitation? Analyze, educate, protest, organize. Across the country workers, too media savvy to fall for phony anti-union propaganda, are rising up and demanding the right to bargain collectively with their employers. Activists in the fields of affordable housing, fair wages, and voting rights are taking to the streets to protest greedy landlords, employers who steal wages, and politicians who suppress votes. Analysts are exposing the ways that the ruling class stands in the way of fulfilling basic human needs. We must keep the ruling class under surveillance. We need to look behind the appearances, behind the fantasies spun by corporate media, at exactly who is standing in the way of real progress, and what they might pull next.

Profiting from the carbon offset distraction

The Fear Pandemic and the Crisis of Capitalism

Brad Sigal: Two years into the pandemic and our government…

Five things the pandemic has taught us