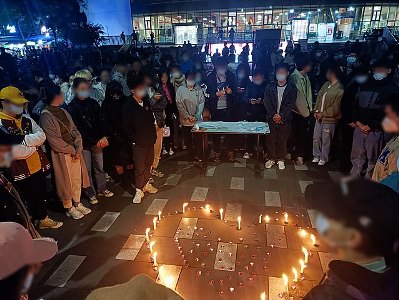 Just five weeks after the national congress of the ruling ‘communist’ party in China endorsed a third term in office for President Xi Jinping, a wave of protest has swept across this, the most populous country in the world.

Demands for the president and his government to resign and for one-party dictatorship to come to an end have been heard on the streets of major cities – from the capital Beijing to the biggest city and financial centre, Shanghai, to the industrial city of Wuhan where the Covid virus emerged three years ago. Protests have also been reported in 50 of China’s universities.

The trigger for this upheaval was a deadly fire in an apartment block in the north-western city of Urumqi, capital of Xinjiang. It killed ten residents and injured many more, allegedly because their escape routes were blocked by the authorities. The harsh ‘zero Covid’ policies have produced a reaction and are seen as a symbol of the regime’s top-down control. The deaths sparked outrage and mass protest in the predominantly Muslim province and a wave of defiant demonstrations spread the length and breadth of the country.

Under Xi Jinping’s dictatorship, even on-line criticism can lead to heavy jail sentences. But hundreds and, in some cases, thousands of protesters have taken to the streets and confronted the grossly tooled-up forces of the state. They have been ‘armed’ with deliberately blank placards, the occasional slogan and with struggle songs ‘borrowed’ from Hong Kong’s democracy protests.

It was a slow-burning resentment against the still draconian lock-down rules that exploded at the weekend. Defiant street demonstrations demanded a lifting of what has felt like a permanent lockdown in many areas.

The other side of the coin is a growing discontent with the government for its often brutal reliance on crude lockdowns to combat the still-mounting number of Covid cases and inadequate medical provision. The Tagesspiegel in Berlin recently reported that at the giant Foxconn iPhone factory in Zhengzhou tens of thousands of workers had walked out and “climbed the barricades” not only because of a shortfall in wages but also “undignified living conditions” workers have faced after repeated outbreaks of Covid.

How far and how long this particular wave of protest develops is an open question. Parallels drawn with the deadly clashes in Tiananmen Square, in 1989, are erroneous. But, as a Guardian (London) journalist points out (28 November), “These demonstrations are far more geographically diffuse”. They can flare up and die down in quick succession.

Participants temporarily lost their fear in battling against the Xi regime. Demonstrators have united in singing the lines of the national anthem: “Stand up! Those who refuse to be slaves!”,  but their motives are diverse and the perspective of a united struggle to bring down Xi and his acolytes is not yet real.

The demonstrators have very diverse, and even contradictory, grievances. Students are fighting against heavy state interference in many aspects of their lives and for basic democratic rights. Workers have been fighting isolated struggles on issues of pay and hours and, like those at Foxconn, for better health services and effective protection against Covid. There is also a better-off middle-class layer now in China who see Xi as a block on their road to further prosperity in a fully-fledged capitalist society and would prefer ‘one of their own’.

This social explosion has been sparked from within the far-western province of Xinjiang where horrendous crimes against Muslims continue. An inspiring aspect of the country-wide protests has been the identification of many citizens from a wide variety of ethnic backgrounds with the sufferings of the people of Xinjiang. A road in Shanghai called after the province’s capital, Urumqi, had its signboard taken down by police after a large demonstration there. The next day, undeterred, crowds of protesters defiantly rallied in the same place declaring their fellow feeling for the ‘martyrs of Urumqi’.

Xi Jinping’s vast ‘People’s Army’ and state security forces are extremely powerful. But as past experience from other countries has demonstrated, mass mobilisations and direct appeals from workers and students on the street can neutralise them or even bring them over to the side of their revolution.

What would be vital if a revolutionary situation began to develop would be the setting up of democratic struggle committees and linking them up on a city-wide, province-wide and national basis. These would be key to developing a strategy for victory, a fight to the finish. They would be a revolutionary forum in which to discuss how to establish genuine workers’ democracy on the basis of state ownership and democratic Workers’ control and management planning across the Republic of China.

Most crucial is the development of a political leadership in the form of a genuinely socialist party that can mobilise workers and students into a sustained struggle for power and combat illusions that western style capitalism offers a way out for the working masses and youth.

The Chinese ‘Communist’ Party fraudulently rules in the name of the working class. Despite its name, it has nothing to do with the ideas of workers’ democracy and socialist internationalism that inspired its foundation 100 years ago. It is now an apparatus run by a ruling, privileged elite which must be removed. The commanding heights of the economy must be taken out of the hands of the oligarchs, who, along with the party tops, live like pampered aristocracy. A genuinely socialist China would mean an end to the country’s system, special form of state capitalism, and also of its form of imperialism – the multi-billion dollar, world-wide ‘Belt and Road’ scheme.