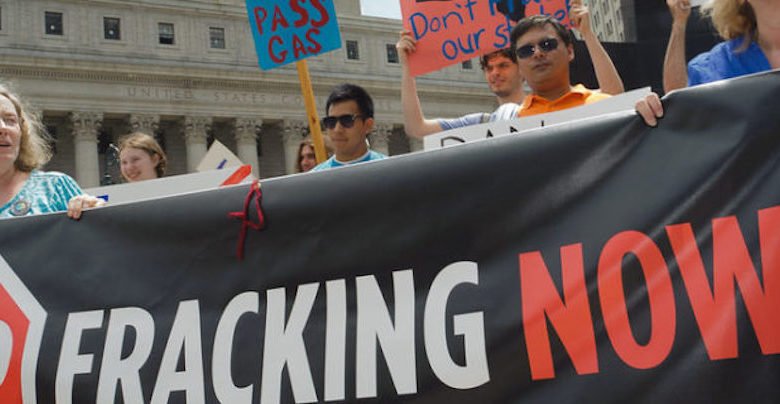 Construction is underway for a 7-mile natural gas pipeline right through the heart of Brooklyn, NY. Started in 2017, National Grid’s Metropolitan Natural Gas Reliability Project, (known locally as the North Brooklyn Pipeline) is meant to pump fracked natural gas under the streets of Bed-Stuy, Bushwick, Brownsville and Williamsburg neighborhoods; ending at an expanded liquefied natural gas facility on the banks of the highly polluted Newtown Creek in Greenpoint. National Grid has been very vocal in stating that the pipeline doesn’t bring any additional natural gas into Brooklyn, but instead “ensures that the system works more safely and efficiently for all our customers,” according to National Grid media representative Karen Young.

Regardless of these claims, local community leaders and environmental activists are arguing that the pipeline is anything but safe, and will disproportionately affect several working-class communities of color that have long struggled with the effects of environmental racism. Studies have shown that Black people are 75 percent more likely to live near hazardous waste facilities, and Brooklyn is not an exception. For example, the mostly Black neighborhoods of East New York and Brownsville have the highest rate of adult asthma in New York City. And dating back to the 1950s, oil refineries along the Newtown Creek have spilled 50 percent more oil into the soil of Greenpoint than was spilled in the Exxon-Valdez oil spill in 1989 off the coast of Alaska.

National Grid is currently in the process of finishing the first four phases of construction, but in order to fund its completion, they’ve requested $185 million in rate increases, this on top of an increased revenue projection of $236 million for 2021. The state’s Department of Public Service voted yes to a proposed rate hike in August of 2 percent for the first year, 3.8 percent for the second year and 3.3 percent in the third year. This will translate into about $66 a year for over two million National Grid customers in Queens, Brooklyn and Staten Island.

“The fact that two million working class people in Brooklyn, Queens and Staten Island are being forced to pay for a pipeline that brings environmental destruction and prolonged health risks for our neighborhoods is a complete slap in the face,” said Cathy Rojas, the Party for Socialism’s 2021 candidate for Mayor of New York City. “The rate hike is a tax on the working people and ensures that National Grid protects their profits while also pressuring Brooklyn to use natural gas to provide heat in the winter, a basic human right, “she continued.

“All fracking needs to be stopped and banned immediately. Pipelines bring environmental destruction, displacement and permanent health risks to working class neighborhoods in Brooklyn. This is a racist pipeline that only serves the interests of National Grid. No New Yorker who is unemployed, works multiple jobs or is just struggling to make ends meet should be forced to pay for a pipeline,” explained Rojas.

The Cathy Rojas for Mayor campaign is fighting for a socialist platform that has outlined a realistic way New York City’s resources can be used to meet the needs of New Yorkers by providing jobs and small business relief, defunding the police, upgrading and protecting public housing, fighting for full rights for immigrants, creating truly affordable housing and much more.