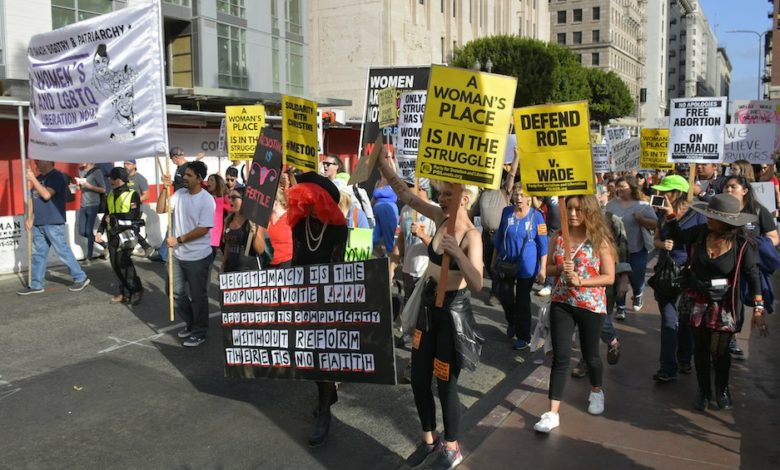 The Supreme Court put its stamp of approval on the Texas Senate Bill 8 and demonstrated its unwillingness to protect the rights of women late Wednesday evening when they voted 5 to 4 allowing the Texas “heartbeat bill” to go into effect. Purposefully written with obfuscatory procedures and language designed to circumvent Roe v. Wade, the Supreme Court relinquished its duty to uphold the legal right to abortion by allowing this bill to go into effect in the state of Texas.

It is now illegal in the state of Texas for women to get abortions after six weeks of pregnancy. Most are not even aware of pregnancy in that time frame. For all intents and purposes, this bill criminalizes not only those who get abortions, but anyone who is considered to have “aided and abetted” the abortion process. This is an unprecedented gift to the evangelical anti-abortion vigilantes. The Texas bill awards any private citizen a bounty of $10,000 for successfully snitching on those “assisting” and/or seeking their legal right to reproductive health care.

This comes after yet another egregious decision a week earlier, where the Supreme Court voted to end the CDC’s moratorium on evictions. This creates an onslaught of people who will surely face eviction due to the federal government’s incompetence in providing adequate relief and care during the COVID-19 pandemic-induced economic crisis. It is crystal clear on which side the Supreme Court lies — the side of the reactionary and ultra-rich.

The legacy of the Trump administration remains with a majority conservative Supreme Court. All members appointed under Trump: Neil Gorsuch, Brett Kavanaugh, and Amy Coney Barrett are anti-abortion and, given the chance, will overturn Roe v. Wade. What the Supreme Court has insidiously done is sanction a blueprint to gradually take down Roe v. Wade, state by state. This will affect many of the southern states, governed by conservative, far-right evangelical politicians. Mississippi, Louisiana, Tennessee, Florida and Missouri are among the states anticipated to challenge reproductive rights through similar “heartbeat” bills. But the loophole created by the Texas Legislature and sanctioned by the Supreme Court will undoubtedly be used across the country to empower private vigilantes to target abortion providers, people seeking abortions, and those who support them.

These attacks on reproductive rights not only endanger the lives of women but will disproportionately affect poor and working class women of color. Many abortion providers offer some of the only affordable health care services that poor Black and Brown people can access. SB 8 will severely limit, if not eliminate, basic and necessary services such as checkups, contraceptives, tests for sexually transmitted diseases, and routine cancer screening. This law will not only impact transgender men but transgender people, as many of these same clinics provide gender confirming health care such as hormone therapy. The enforcement of this bill could drag these providers through costly legal battles, intimidating and forcing clinics to close. This blatant attack is rooted in patriarchy and capitalist bigotry, and is without a doubt an attack on the entire working class. A united fight back grounded in solidarity demanding the full legalization of abortion is critically needed at this moment.

The fight for reproductive rights is far from over. The mainstream Democratic Party has uttered faint disappointment for what ensued on Wednesday evening. President Biden issued a statement saying that he will look into what measures the “Federal Government can take to ensure that women in Texas have access to safe and legal abortions as protected by Roe.” With full control of all parts of the government, the Democrats could, in fact, pass legislation to fully legalize abortion. The ruling of Roe v. Wade was a right won by a militant women’s movement, and every day since, right-wing politicians have striven to dismantle this hard-won right. We can and must build a mass grassroots campaign that mounts pressures on the government to legalize and expand abortion access once and for all.