Putin is one of yours, western hypocrites! 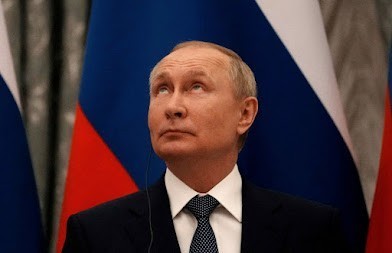 The following comment was first published in “Rizospastis“, the

daily newspaper of the CC of KKE, under the title “Putin is one of their own”:

All those who today denounce Putin’s “authoritarianism”, in order to cover up their crimes against the people, are the same ones who were celebrating when a “liberal” and “democrat” was taking over as Russia’s Prime Minister back in August 1999, at the behest of the then President Yeltsin who played a key role in the dissolution of the former USSR in line with US-NATO imperialism.

A few months later, Putin was appointed and then elected President of Russia. In an interview with the BBC, one of Yeltsin’s closest advisers said that the then Russian President “had several candidates in mind, like Boris Nemtsov ,Sergei Stepashin and Nikolai Aksenenko. Yeltsin and I talked a lot about possible successors. At one point we discussed Putin. Yeltsin asked me: ‘What do you think about Putin?’ I think he’s a superb candidate, I replied. I think you should consider him. It’s clear from the way he does his job that he’s ready for more difficult tasks” (…) The fact that he was ex-KGB meant nothing. Putin had shown himself to be a liberal and a democrat, who wanted to continue market reforms.”

It was back then when Western leaders competed over who would invite Putin first for an official visit to his country, politically flirting with him and appreciating his anti-communism and, of course, his commitment to Russia’s “economic transformation”. After all, they had bet a lot on the “liberalization” of Russian economy, asserting part of the wealth of Soviet people that has been appropriated by a handful of parasites after the overthrows, promoting of course the relevant political personnel, like Putin.

The stance of the U.S Presidents towards the then emerging star of Russian politics is characteristic. “I looked the man in the eye. I found him to be very straightforward and trustworthy. We had a very good dialogue. I was able to get a sense of his soul”, George W. Bush said in June 2001. “President Yeltsin led Russia to freedom. Under President Putin, Russia has the chance to build prosperity and strength while safeguarding the rule of law”, Clinton said in 2000, adding that “Putin has expressed a genuine commitment to economic reform”.

What does all this mean? The fact that Putin, who today is presented as “butcher” and a “pariah of democracy” is 100% “of their own”. To be precise, he is one of them, no matter how much they try to draw false lines with capitalist Russia in order to justify their own crimes and the crushing of the people in the millstones of their competitions.

China and Africa: The Real Story of Western Hypocrisy

Opinion | A letter to the Western Left from Kyiv

How western imperialism prepared the ground for the conflict in Ukraine