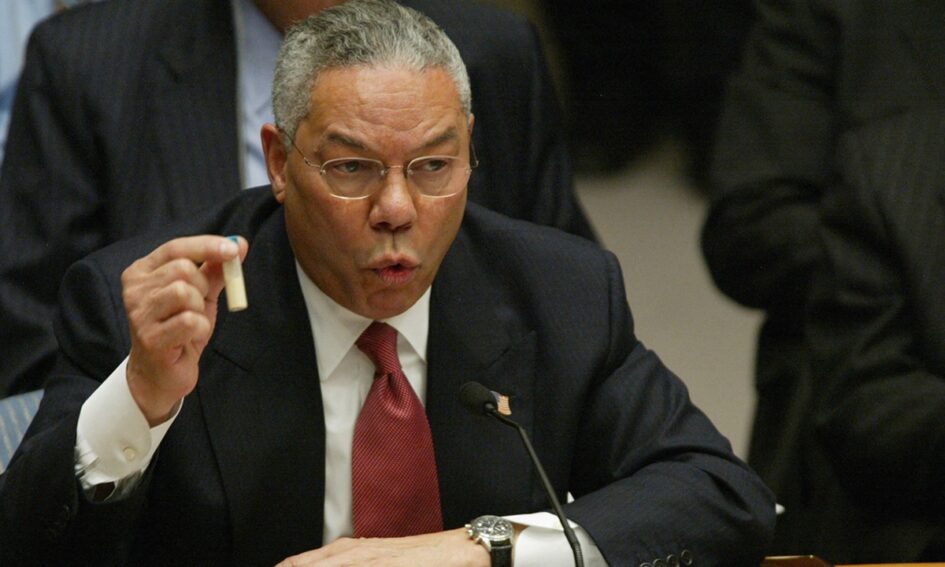 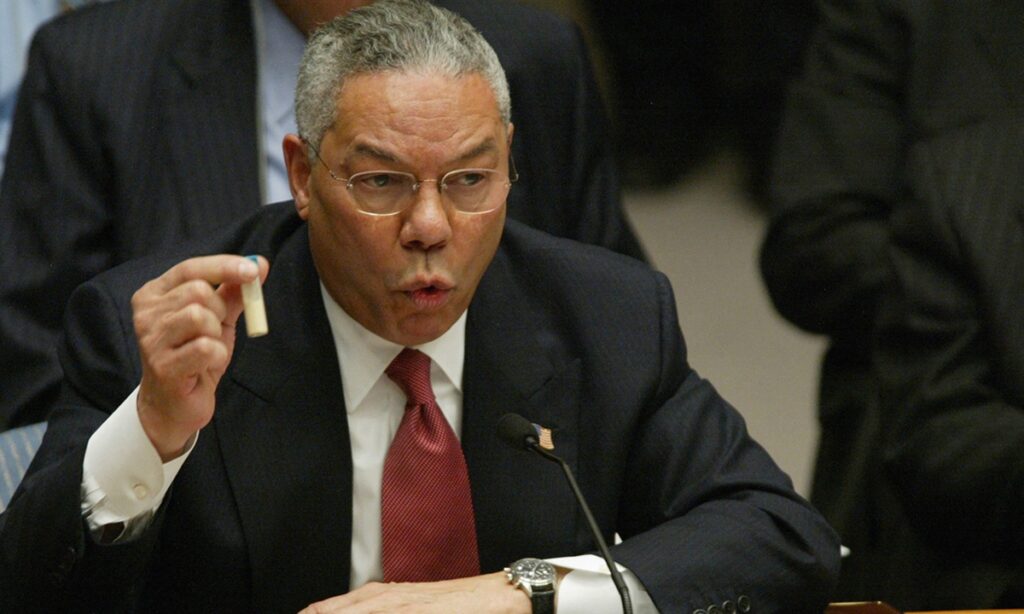 File photo taken on 5 February 2003, US Secretary of State Colin Powell holds up a vial that he said was the size that could be used to hold anthrax as he addresses the UN Security Council in New York. (Photo by Timothy A. Clary / AFP)

The pro-Apartheid Israel former African-American military commander, mass murderer and genocidal liar, Colin Powell, has just died. Mendacious, racist and pro-war Western Monopoly media and politicians have been fulsome in their praise for the first Black US Secretary of State, white-washing his deadly lies over non-existent Iraqi Weapons of Mass Destruction (WMD), and ignoring the millions dying in the Powell-complicit Vietnamese, Afghan, Iraqi and Palestinian Genocides.

By way of a posthumous International Criminal Court (ICC) war crimes prosecution brief, summarized below are the horrendous human consequences of Colin Powell’s evil role over 40 years in deadly US state terrorism atrocities from the Vietnam War to the ongoing Palestinian Genocide by nuclear terrorist Apartheid Israel (dates and Indigenous deaths from violence and war-imposed deprivation are given in brackets):

(11). Egregiously dishonest Mainstream praise for serial war criminal, mass murderer, liar and child-killer Powell that soils and endangers America and the World (lying, inaction and Climate Genocide may cause 10 billion deaths this century).

(12). Powell, post-WW2 German CAAAA (C4A; Cessation, Acknowledgement, Apology, Amends, and Assertion of “never again”), and the need for de-Nazification of America and its Western allies.