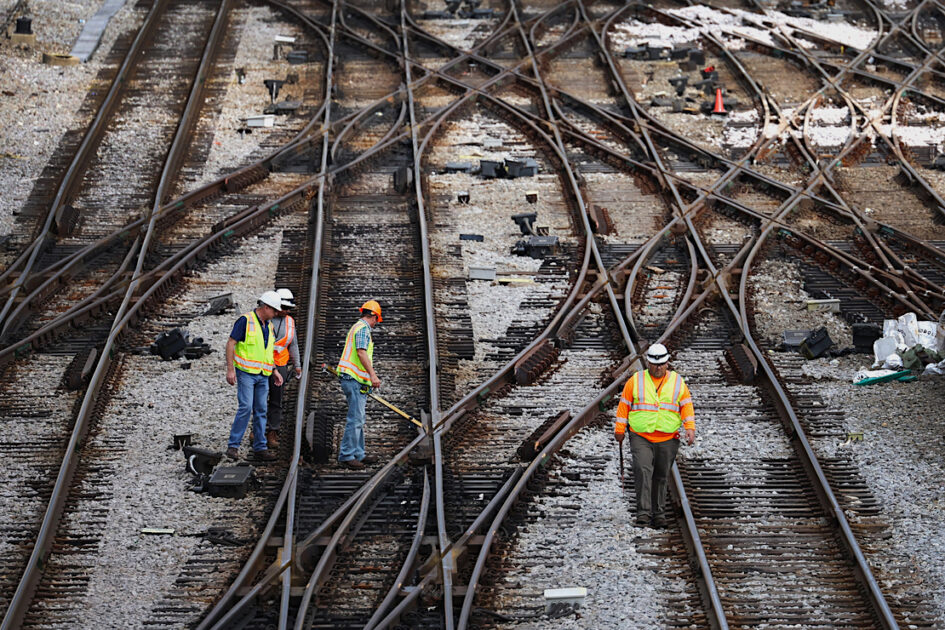 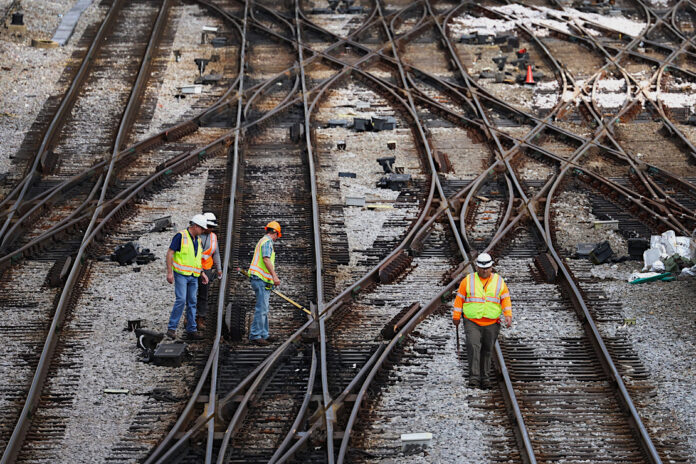 When AOC and other members of the “Squad” were first elected, most of them did so as self-identified “democratic socialists.” They ran on working-class platforms that included Medicare for All and a federal $15 minimum wage, vowing they would be accountable to working class and oppressed people.

In the first year after Biden took office, with the Democrats in control of all three branches of government, Squad members abandoned the first two of these commitments, first refusing to force the vote on Medicare for All and then rejecting any sort of fight for the $15 minimum wage.

Now the third of these promises has been utterly shattered, as all but one of the “Squad” members crossed the picket line and voted with a majority of both Democrats and Republicans in Congress to break the rail workers’ strike — cutting off those workers’ right to legally withdraw their labor. In doing so they took a clear side with the billionaire railroad bosses against rail workers who have suffered intolerable conditions over decades.

This is a profound betrayal of working-class people.

Years of negotiations between 12 unions representing 115,000 railroad workers and the handful of corporations that control 90 percent of freight rail traffic (as well as the tracks that carry most passenger trains) have now been brought to a screeching halt under the leadership of a Democratic President who describes himself as “pro-labor” along with the “left” of his party.

The “Squad” and Congressional Progressive Caucus, including Senator Pramila Jayapal, attempted to give themselves left cover by voting for a second bill that included the rail workers’ key demand for paid sick leave alongside the primary legislation to kill the strike.

This sleight of hand should fool no one, however, as it was widely recognized that the sick leave bill would face a sudden death in the Senate (which it did the following day), and all that would be left would be a broken strike.

Workers across four unions which together represent a majority of the workforce – the Sheet Metal, Air, Rail, and Transport Workers’ Transportation Division, the Brotherhood of Railway Signalmen, the Brotherhood of Maintenance of Way Employees-Teamsters, and the International Brotherhood of Boilermakers – had rejected the proposed contract. But the votes of 80 U.S. Senators and 290 U.S. Representatives were enough to enforce the deal that the rail magnates wanted. This outcome was the one the bosses had counted on from the start, knowing that they hold both political parties in the palm of their hands.

The immense pressures that railroad workers are under, following years of staffing cuts, have been well documented. Yet President Biden claimed, with practiced hypocrisy, to be acting on behalf of the millions of workers who might be harmed if this strike went ahead.

Despite the fact that retailers’ shelves are already stocked for Christmas, the Democrats have implied that the needs of other workers to “enjoy their holidays” supersedes the needs of rail workers to have any control over their lives, families, or health. But this logic is totally backwards. A win for rail workers would have been a win for workers all over the U.S. who are increasingly ground down by overwork, and by the knowledge that they are living to work, not working to live.

After today’s vote, a retired rail worker and union officer wrote this:

“It’s not just money. It’s quality of life. The press has you think that a 25% raise over 5 years is a lot. It’s not, not when inflation is between 8 and 10% a year.  It’s not even breaking even. But the bigger issue is quality of life.

“Freight railroads operate 24/7/365. Almost all train employees work on call, with only 2 hours or less notice before going to work, not including travel time. With the massive cutbacks over the past period, everyone has to live by the phone. It is not unusual for employees at some railroads to work 3 or more weeks without any real time off from the job other than the federally mandated rest periods between shifts (most of which was time spent sleeping). Disciplinary charges, meaning suspensions without pay were given to a lot of employees. In some cases, they were even denied the ability to attend family funerals under threats of suspension and/or dismissal. This is why the employees are fighting this time around. Enough is enough.”

This is the context for Biden’s negotiated TA (tentative agreement), wherein the sole improvement was a single paid personal day which was itself undermined by absurd conditions: that it could only be on a Tuesday, Wednesday, or Thursday and would have to be scheduled 30 days in advance.

Despite calls by some on the left for an illegal wildcat strike, the absolute failure of the union leaders to mobilize or prepare for strike action now makes this an extremely difficult option for their members, despite the blazing anger of thousands of workers at this brutal attack on their rights. The union leaders preferred instead to rely on the tried-and-failed strategy of begging Democratic Party politicians to come to their defense.

It is of course not ruled out that rail workers will take independent action in the face of yesterday’s betrayal, in which case Socialist Alternative and my office will be there every step of the way to support them. Successfully carrying out wildcat action on the scale necessary would require that independent and democratic organizing structures are immediately set up, strike leaders are elected across the various locals, and a strike fund be established and built rapidly.

The Squad’s Capitulation and DSA

When it became clear that Congress would be asked to intervene to prevent a strike, Bernie Sanders looked for procedural ways to soften the blow of this defeat on workers. His solution was to include an amendment giving workers seven days of paid sick time – a little under half of workers’ original demand. To his credit, Bernie was quite clear from the beginning that without this addition he would not vote to impose the TA, and when his amendment failed, he voted “no.”

It’s utterly shameful that the same cannot be said of AOC and the majority of the “Squad” in the House — all but one of whom voted to crush the strike.

AOC justified her vote by claiming she was fighting “tooth and nail” for the additional sick days. Jamaal Bowman claimed he was “always fighting in solidarity with the workers.” But what the Congressional “Progressive” Caucus pulled was a con job, and a hamfisted one at that. They colluded with Pelosi to separate out the vote into two, promising their roughly 100 votes on the rotten TA in exchange for a separate vote on the sick day amendment, which they knew full well would get crushed in the Senate. It took only one day to confirm the brutal reality: that the majority of the “Squad,” in coordination with the leaders of the Congressional Progressive Caucus, sold rail workers down the river while whistling Dixie about paid sick days.

On November 30, Democratic Socialists of America’s (DSA) national center posted a statement of support for the rail workers which included this sentence:

“Any member of Congress who votes yes on the tentative agreement is siding with billionaires and forcing a contract on rail workers that does not address their most pressing demand of paid sick days.”

What then of their own members and endorsed elected officials in Congress who voted yes? What this statement implies, and what the actions of the “Squad” definitively prove, is that these elected officials are, and see themselves as, part of the capitalist state, the state that acts for the billionaires and against the interests of the majority, the working class.

A socialist cannot be a strike breaker. This needs to be the end of any pretense by DSA that the “Squad” is socialist, and should result in their expulsion from the organization. Failing that, the Squad’s betrayal of the working class becomes DSA’s betrayal.

The danger inherent in this sellout, beyond the obvious quality-of-life damage to rail workers themselves, is that it will drive working people into the arms of the right wing who can posture as the working-class political alternative to the Democrats. The fact that more Republican senators voted against imposing the TA than Democrats is stunning proof of this.

The task of building a left-wing, working-class alternative to the “progressive” politics of the big business Democratic Party has never been more urgent than it is today.

Ethiopia: Assailed by Terrorists and Betrayed by the West