Railroad Strike: No to Congress, Support the Right to Strike! 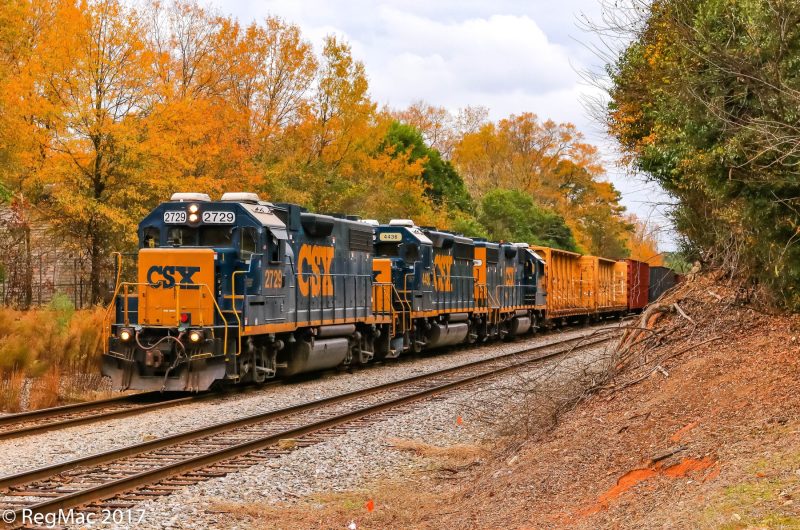 With another cooling-off period nearing its expiration, Biden—a self-proclaimed “proud pro-labor president”—has called on Congress to pass legislation to force the Presidential Emergency Board’s tentative contract settlement on railroad workers, a move seconded by Speaker of the House, Nancy Pelosi. This would make strike action by the railroad workers illegal—and starkly reveal the class interests that lie behind the Democratic Party.

The Board’s settlement, hashed out behind closed doors between railroad management, union leaders, and White House officials, fails to address the central concerns of the railroad employees, i.e., scheduling, staffing, and sick-time, offering meager wage increases in their place.

Biden’s call for congressional intervention comes just a week after the agreement was voted down by the largest railroad workers union, SMART Transportation Division (SMART-TD), the fourth union to vote against. The vote, conducted in a context of enormous pressure from the railroad bosses, politicians, and union leaders to approve, sent a strong message from the union which represents 28,000 workers. Even among the unions that voted in favor, the narrow margins betray the real mood in the ranks of the workers behind the diplomatic stance of the union leaders.

Votes released the same day by the Brotherhood of Locomotive Engineers and Trainmen (BLET) saw the agreement approved with a narrow majority of just 52.3%. With last week’s rejection by SMART-TD, the scale is tipped toward a majority of railroad employees in freight voting no. While a “no” vote by any of the 12 freight railroad unions would increase the likelihood of a December 9 strike by all railroad unions, the vote of SMART-TD represents a significant escalation in its potential. It is with this looming deadline that “Scranton Joe” was forced to reveal which class he really represents.

As we have explained elsewhere, a national strike of freight railroad employees would shut down a third or more of all freight transport, massively disrupting not only consumer goods, but also creating massive bottlenecks in the transport of oil, coal, chemical, agricultural, and other critical goods, further exacerbating supply-chain squeezes and contributing to a further rise in prices. This represents a nightmare scenario for the ruling class as they seek a return to a degree of stability. Most of all, they seek to avoid uncorking the fighting potential of a key segment of the working class, which could rapidly spill over into other sectors. A militant strike would inspire millions of others in adjacent industries and beyond who work in similarly intolerable work conditions with low and shrinking wages.

We should be absolutely clear, the blame for a strike by railroad workers would rest squarely on the shoulders of the railroad bosses, who have thus far been unwilling to budge on the key concerns of railroad employees: grueling scheduling arrangements, extremely limited staff, and nearly non-existent sick-day policies, all of which have negatively impacted the health and well-being of employees and by extension, endangered the public. But this shouldn’t surprise us, it’s the nature of the capitalist system that the bosses seek to maximize profits at the expense of those who create all new value: the workers.

Before Monday’s announcement, Biden and the Democrats had paid lip service to the struggle of the railroad employees, calling on the railroad bosses to be reasonable. Last week, the Transportation Committee Chair, Peter DeFazio, hoped that “the railroads will get reasonable, this is the 21st Century and to have skilled workers being denied sick leave, even unpaid sick leave, is unconscionable.” However, Biden’s new found belief that there is “no path to resolve the dispute at the bargaining table,” amounts to an abandonment of his pretense to support the right to strike. Further, it means imposing a contract that one of his own has dubbed “unconscionable.”

Last week, the railroad bosses had been painting the situation in optimistic hues, knowing full well that Congress would work on a bipartisan basis to prevent a strike. Ian Jeffries, CEO of the Association of American Railroads, in an interview with CNN made it clear that “Congress has shown a role, historically, to intervene, if necessary.” When asked about the ability of Congress to hash out a bipartisan deal to extend a cooling-off period or to impose a contract on railroad employees, Jeffries replied by sending a veiled message directly to Congress, “I think it’s an imperative to do so, if necessary.” It appears that Biden and co. received that message and are now echoing it.

As Nancy Pelosi put it, “It is my hope that this necessary, strike-averting legislation will earn a strongly bipartisan vote, giving America’s families confidence in our commitment to protecting their financial futures.”

Given this situation, some Republicans, including Florida Senator Marco Rubio, are cynically positioning themselves as the real “party of the working class.” Confident that “back to work” legislation would gain a majority, he loses nothing and seeks to gain something with tweets such as: “The railways & workers should go back & negotiate a deal that the workers, not just the union bosses, will accept. But if Congress is forced to do it, I will not vote to impose a deal that doesn’t have the support of the rail workers.”

Thus far, the game of management has been to pursue a divide and conquer tactic, isolating outlier unions and offering mere breadcrumbs to tip the votes in management’s favor—just enough to prevent a strike—but far too little to meet the needs of a majority of railroad employees. If the union leaders don’t seriously prepare to fight for every demand the potential for this struggle to end in a demoralizing manner remains. To ensure victory, they must embrace the age-old credo of the labor movement: An injury to one is an injury to all!

Through the united action of all twelve railroad unions, they can collectively wrest more from the bosses provided they are prepared ahead of time with a winning strategy. The starting point for preparing for an all-out strike that exerts maximum pressure must be a campaign to explain why all railroad workers must commit to the struggle as a unified bloc.

For its part, the Railroad Workers United (RWU) caucus has been the most farsighted and fighting component of railroad workers, successfully campaigning for a no vote. This can be followed up through the organization of mass meetings of all railroad employees to demonstrate their willingness and ability to embrace strike action regardless of any Congressional legislation that might be passed. This demonstration of will would not only be directed to the railroad bosses and politicians, but also to the union leaders, who have thus far been praying for the politicians to handle things.

The unity of action implicit in the pledge by the unions to join any component that votes down the agreement is the essential strength of the railroad workers and should be developed further by forging stronger links between all workers in the railroad industry. To this end, the election of strike committees representing all 12 of the railroad unions, at all work sites, is an absolute necessity to cut across management’s efforts to divide the workers.

Any action by Congress to legislate the railroad workers back to work can be defeated, but only through the united action of the railroad workers and broad solidarity from the rest of the labor movement. This isn’t just wishful thinking. The mood of the broader working class is extremely favorable to support the railroad workers through solidarity actions and demonstrations. One recent example is instructive: just weeks ago at NJTransit, the BLET voted down a proposed contract, demanding double the proposed wage increase to make up for years of stagnation. Given that NJTransit largely operates on lines owned by the freight companies, a strike of freight employees would almost automatically give way to a strike on commuter rail lines in New Jersey, and have a ripple effect, extending to the system’s light rail and bus network.

A similar dynamic could play out elsewhere in the country, extending to warehouse workers, oil and coal workers, and even among workers in the trucking industry who would be under tremendous pressure from their bosses to pick up the slack. Similarly, a campaign against the union-busting efforts of the Democratic Party can expose and potentially prevent legislative action against the railroad workers as politicians seek to save face. But the railroad unions don’t need to wait for this eventuality, it should be part of their preparations now.

It should go without saying that any member of Congress who claims to be a socialist should vote against any legislation preventing workers from strike action. This situation illustrates more clearly than ever the absolute necessity of an independent political party of the working class. Even if such a party had only a single senator elected, they could filibuster any strike-breaking legislation while using the platform to make the case to the broadest layers of the working class to support the railroad workers. Further, just a handful of representatives in the House could use innumerable procedural hurdles to delay the bill, giving the railroad employees the space to exercise their right to strike and to win their modest demands.

If the union leaders fail to make the necessary preparations for a prolonged and bitter strike, and rally the railway workers accordingly, a failure would leave many railroad workers with a bitter taste in their mouths and erode their confidence in the ability of their union leaders to truly represent them. But if the union leaders prepare to wage an absolutely winnable battle, forging links with the broader working class, this would be a huge step forward for all workers. Such a victory would put the bosses on the back foot and reinvigorate and inspire the broader labor movement to arm themselves for more victorious struggles in the future.