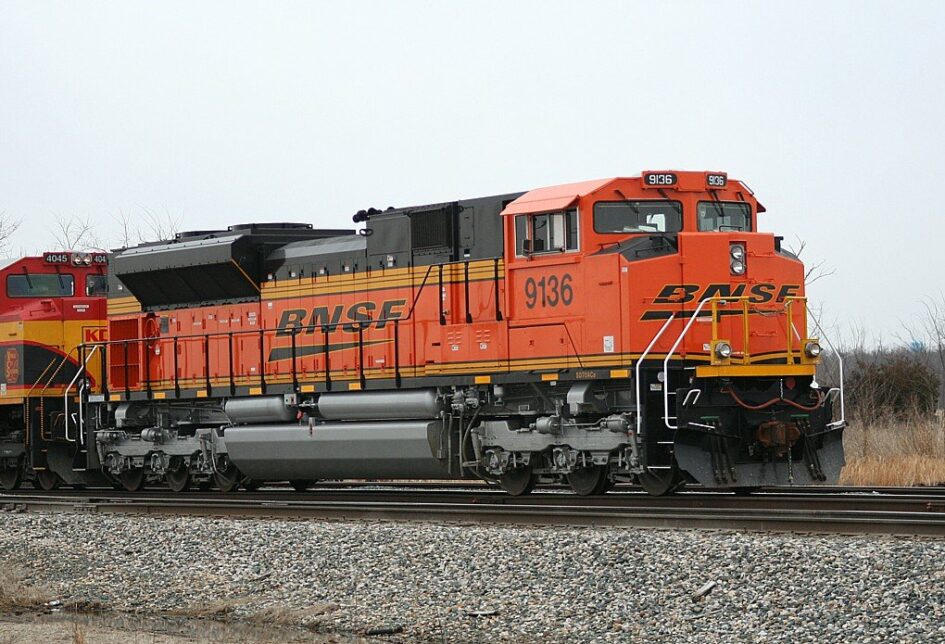 U.S. District Judge Mark Pittman of the Northern Texas District has granted a temporary restraining order to prevent 17,000 BNSF Railway workers from striking. BNSF is the largest freight railroad network in the country, and is a subsidiary of Berkshire Hathaway Inc. of which Warren Buffet (one of the world’s ten richest billionaires) is the chairman and CEO. BNSF employs over 35,000 workers and brings in over $20 billion in revenue per year. Now the workers are fighting a new company “lifetime point system” policy that would punish workers for taking unscheduled time off. Members of the Brotherhood of Locomotive Engineers and Trainmen and the Transportation Division of the International Association of Sheet Metal, Air, Rail and Transportation Workers have threatened to strike if the company policy takes effect on Feb. 1.

The proposed rule change would be a major upheaval to existing railroad worker contracts. Workers would be given a total of 30 points for their lifetime careers. Each day off outside of allotted vacation days would result in docked points, with the following penalties:

According to a worker, engineers, conductors, and railyard workers are being reclassified as “assigned service” employees, who would lose 7 points regardless of the day of the week. Another employee has stated that workers are now expected to be available 90% of the time instead of the current 75%. In order to win points back, workers would have to work for two weeks straight without a day off.

The new rule comes just one month after the CDC arbitrarily shortened the isolation time for COVID-19 from 10 days to just five, essentially surrendering to COVID. The average recovery time for COVID is two weeks, but far longer for severe cases.

Under the BNSF point system and current CDC guidance, a railyard worker or engineer could hypothetically test positive for COVID on Sunday and be expected to return to work on Friday. If the worker is still ill on Friday, Saturday, Sunday, and Monday, then they would have racked up 28 of their 30 lifetime points. They would then have to work on Tuesday, just nine days after testing positive, or be fired. Assuming they could work nine days into a diagnosed COVID infection, they would have to work for almost half a month without a day off to regain the “right” to take any additional unscheduled time off work, ever, in their entire career.

BLET National President Dennis Pierce and SMART-TD President Jeremy Ferguson described the new policy as “the worst and most egregious attendance policy ever adopted by any rail carrier.”

BNSF is making two public claims to counter worker resistance to the new policy. First, they are claiming that worker outrage over the policy is a “minor dispute” that does not justify a strike under the Railroad Labor Act.

Second, the company is using supply chain issues to preemptively turn public opinion against the workers and pressure workers into giving up their rights. Their lawsuit states that a strike “can cause devastating and irreparable harm to carriers, their customers, other railroads, and the general public.” It goes on to claim that the union’s threatened strike “would strain an already overburdened supply chain, potentially causing wide-ranging harm to the national economy.”

The dispute over the new policy is clearly not “minor.” The point system would upend lives, pressure workers into making more dangerous choices, and likely lead to more working hours of “forced overtime” for tens of thousands of employees.

The second claim – that a strike would jeopardize the national economy and harm the general public – is pure projection. BNSF, not the railroad workers, is endangering the national supply chain by forcing workers into more dangerous working conditions and longer hours.

BNSF made $5.1 billion in net income in 2020, and was on track to make 17% more in pure profit by the third fiscal quarter of 2021. This is over $100,000 in net income for every single employee. If BNSF were worried about disruptions to the national supply chain, they could use their swelling profits to hire more workers or offer more enticing benefits.  Instead, they are imposing austerity on their most vulnerable employees.

If BNSF gets their way, then fewer workers will be working more hours under more hazardous conditions, including coming to work sick and working two weeks in a row without a break, to deliver goods across the country. The conditions BNSF is trying to enforce are a threat to worker safety and the supply chain.

Judge Pittman, a Trump appointee and member of the ultra right-wing Federalist Society, has granted BNSF’s restraining order until Feb. 8. The policy goes into effect Feb. 1, but workers are not yet defeated.

There is still a legal option to pursue recognition of the policy dispute as a “major dispute” in the courts. Union presidents Pierce and Jeremy Ferguson have stated that the policy “repudiates direct and clear contract language, and in application, will attempt to force our members to report for duty without regard for their medical condition” during the COVID pandemic. The RLA divides disputes into “major” and “minor,” characterizing “major disputes” as those that “involve the creation or changing of collective bargaining agreements on rates of pay, work rules and working conditions.” If the dispute is correctly categorized as “major,” the union might take action such as a strike.

Even if the federal government sides with corporations in this case, workers’ rights are won through struggle, not granted from above by benevolent judges. If these workers are able to organize and fight back against this new policy that clearly violates their existing agreements, the union could legally strike as a last resort method to protect their workplace safety.

[Poster] Join the Fight for Socialism in Our Lifetime!

Young Communist League – For Peace, Jobs and Socialism in our Lifetime