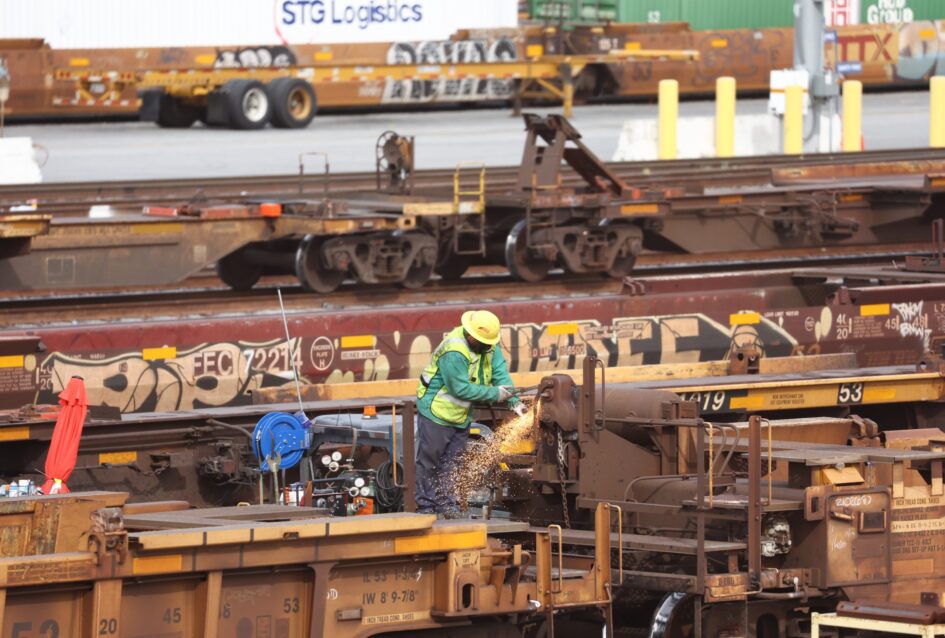 After a 3-year saga of stalled contract negotiations between the country’s freight rail carriers and the 12 unions representing over 100,000 railroad workers, “pro-union” President Biden and Congress last week “averted” a national rail shutdown by overriding the democratic will of rail workers and forcing a contract down their throats. So, what happens now? We convene a special all-railroader panel to break down the events of the last week and to discuss where railroad workers and the labor movement go from here.

Panelists include: Jay, a qualified conductor who was licensed to operate locomotives at 19 years old, and who became a qualified train dispatcher before he was 23; Marilee Taylor, who worked on the railroads for over 30 years and retired earlier this year from her post as an engineer for BNSF Railway, but is still an active member of Railroad Workers United; John Tormey, a writer and BWMED-IBT member who works as a track laborer for the commuter rail in Massachusetts; and Matt Parker, a full-time locomotive engineer who’s worked on the railroads for 19 years and also serves part-time as Chairman on the Nevada State Legislative Board of the Brotherhood of Locomotive Engineers and Trainmen.

Railroad Strike: No to Congress, Support the Right to Strike!

United States: railroad strike – no to congress, support the right to strike!