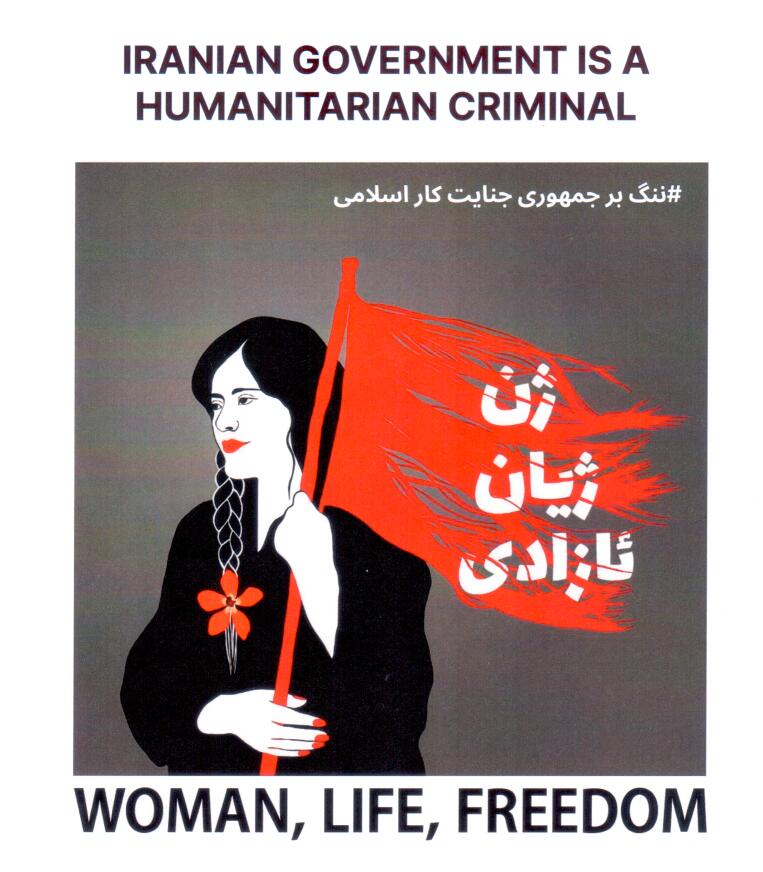 IRAN AND PHILOSOPHY OF REVOLUTION 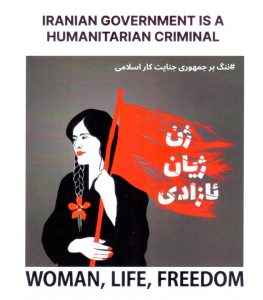 Raya Dunayevskaya’s “Contradictions in Iranian Revolution” (Nov.-Dec. 2022 N&L) caught something profound when she singled out W. Morgan Shuster writing regarding Iran 1907 that the women then “at a bound” had become “the most progressive, not to say radical, in the world…” and how a “fierce light shown in the veiled eyes of Persia’s women…” Dunayevskaya continued: “it is true—and this uniqueness exists unto today and must under no circumstances be disregarded…” You see that in the faces and actions of women in 1979 too. The picture that went with the article shows those thousands of women who came out to yell down Khomeini and tell him that they “didn’t make the revolution to go backwards” have heads that are unveiled, their hair blows in the wind. When the Iranian regime sees women throwing off their veils, what they fear is not immodesty, what they see is women as revolutionary. That is what scares them to death, that is why they insist on hijab. But hijab or not, women are revolutionary and are out to finish that 1979 revolution and go forward to freedom.

Reclaiming the truth of revolutions is crucial for grasping the meaning of history in the making as well as past. Dunayevskaya refutes the typical claim that the 1979 revolution = Khomeini. The general falsification of the history of revolutions tries to convince us that they must always lead to disaster. That plays into the claim that there is no alternative to capitalism, as if that is not leading us to global disaster. And in sketching the ebb and flow that are always part of the revolutionary tides, she shows how the women trying to open chapter 2 of the revolution revealed “how total the revolution must be” and how all of us must listen to that. It cannot be separated from the “thirst for knowledge” she points out, another way to see how philosophy makes its necessity felt.

Hofstra Law Review did an investigation (Winter 2016) on Kern County’s use of unethical tactics to obtain wrongful convictions: false allegations to trump up charges, and perjured testimony called “testilying.” It happens in every county in every state. Do not let this story die.

Assault [according to the Texas Penal Code] causes bodily injury to another and is a class A misdemeanor. From that point it is roughly 650 words until you find that [one who] threatens another with imminent bodily injury [commits] a class C misdemeanor. The Texas legislation has created this separation making the threat of imminent bodily injury the lesser offense to [actually causing] bodily injury. Texas operators of the law, from police officers, lawyers, grand juries, district attorneys, judges, to appeals court judges have all wrongfully litigated [this charge] for at least the past 25 years! The eye-opener is that a class C misdemeanor is not punishable by confinement, but punishable by fine only. Hundreds of men and women are imprisoned illegally. [Writs of habeas corpus filed and repeatedly denied are] the biggest civil rights movement of false imprisonment with factual merit in the history of the U.S. 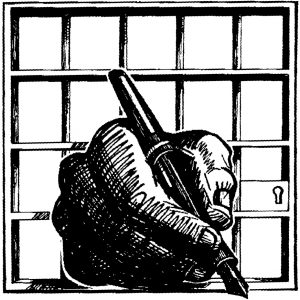 I received a copy of the “Agreement to End Hostilities” in California prisons and now have an understanding of what is to be expected of all prisoners on behalf of this agreement. It takes unity, willingness, and understanding to complete this action and push the power to gain the respect that all prisoners deserve regardless of our incarceration. We are still human regardless of our circumstances. I just want Texas prisoners to recognize their worth and stand for something.

Every brotha and comrade ain’t really a brotha and comrade because some who pose as your brotha and comrade are really “undercover police,” i.e., rats, snitches, and paid informants. Loyalty and allegiance are a lifestyle. A “political prisoner” is a person who has been jailed either for his beliefs, his speech, or for his political ideas and concepts. The prisons have mastered their psychological warfare through “divide and conquer” by using “cooperative” inmates as leaders, the exploitation of opportunists and informants, treating inmates who are willing to collaborate in far more lenient ways than others, the rewarding of complete submission and subservience to the guards. These techniques exploit the basic weaknesses in human nature, especially those weaknesses created by an alienating society, i.e., prison.

VOICES FROM BEHIND BARS

RE: Robert Taliaferro, “Monopolies Hurt Prisoners,” Sep.-Oct. 2021 N&L: Monopolies do hurt prisoners. Kickbacks are the norm. Wexford Medical, Primecare, Aramark, Keefe, Access, Union Supply-Walkenhorst, and others make money by overcharging prisoners for their inferior products and services. At St. Mary’s correctional center, an Aramark chow hall supervisor and his wife were caught using taxpayer funds to buy special foods for their restaurant in the Vienna-Parkersburg area. Meanwhile, prisoners at St. Mary’s and Salem correctional centers are given “food” labeled: “Not for human consumption.” The Aramark chow hall regularly violates WVDOC policy by giving non-Kosher/non-Halal/non-Vegan “food” to those who need them. It is common to get forbidden meat products like pig meat on “religious diet” trays. I have been subjected to anti-Semitism since imprisonment. One incident stands out during a Jewish religious service: the chaplain on duty told me to remove my religious head covering in the middle of prayers. She also stated: “The Jews killed Jesus.” Yeshu and his disciples were all Jews. I am concerned this hostile official may be behind some denial of medical care I have experienced, as well as denial of a Kosher-Vegan religious diet.

In Colorado the Department of Corrections holds about 14,000 prisoners. The kitchens in the various prisons all use the same products. So what are we being fed? For prisoners who don’t eat meat, especially for the morning chow, peanut butter is given as a “protein substitute.” The label for the peanut butter, called “Great Choice,” shows that the product purchased by CDOC has 0% daily value of protein in it. No doubt, a less costly product than grocery store peanut butter with about 20% protein. Some friends on the outside pulled up the distributor’s product list on the internet. The no-protein product was not listed. An email request to the company got no response. Is the no-protein peanut butter a secret product sold only to prisons? In bakery goods and barbecue sauce, molasses is added. The product label for the Good Food, Inc. molasses gives the warning: “consuming this product can expose you to chemicals including lead and acrylamide.” Are prisoners deliberately being lied to? Proteinless peanut butter! Are we deliberately being poisoned by the toxins in the molasses? Is the agenda of the prison’s food buyers just one of getting the cheapest product? 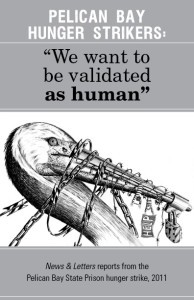 TO OUR READERS: Can you donate $5 for a prisoner who cannot pay for a subscription to N&L? It will be shared with many others. A donation of $8 pays for a subscription plus the Pelican Bay Hunger Strikers pamphlet to be sent to a prisoner. Prisoners are eligible to continue their free subscriptions when they first get released, a time when the system tries to make them forget the struggle.