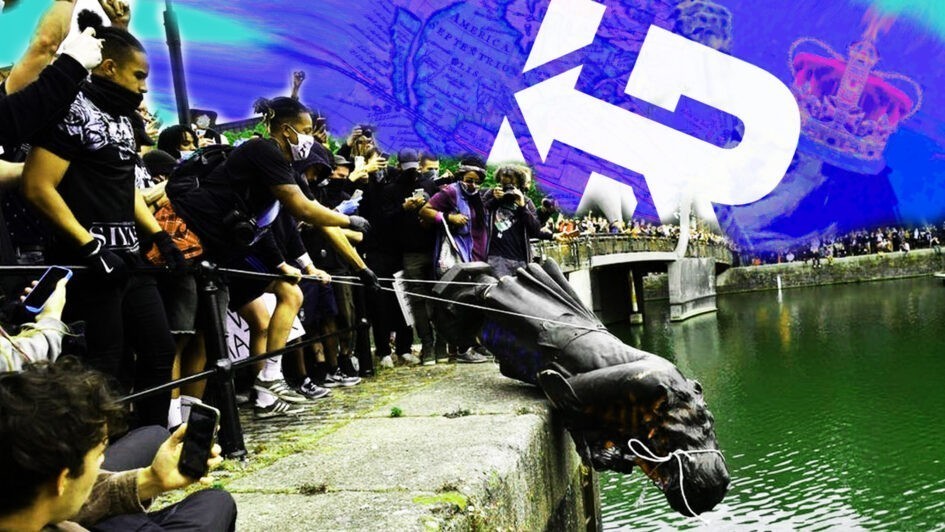 Articles in the Sunday Telegraph and Daily Express on the 29th August introduce their readers to ‘History Reclaimed’, a group consisting of academic scholars who have set themselves the task of counteracting the current trend for removing references to, or revising drastically the way historical figures associated with slavery, colonialism and racism are presented in society.

The academics behind the organisation are attempting to push back at what they view as ideologically motivated, over zealous gestures that seek to blacken the names of important historical figures without regard to the context of the time they lived in.

The group’s spokesman, Professor Robert Tombs of the University of Cambridge, is of the view that: “Broadly speaking, this country has played a hugely progressive role in history: the Magna Carta; the abolition movement; fighting against the Nazis. People should feel proud of that.”

That Britain as a nation has played its part in shaping the course of world history is not up for debate – rather, groups such as Black Lives Matter have vocalised the entirely legitimate demands of people who think that the obviously cruel and brutal practices through which the British empire gained such wealth and fortune should be addressed and reckoned with in some way.

However, one suspects that at the centre of imperialism, there will be those who would be all too happy to see the cultural evidence of the links between colonial crimes and contemporary institutions scrubbed out, especially if imperialism can earn ‘brownie points’ for covering its own tracks at the behest of well meaning campaigners.

If we can forgive the use of an Orwellian term, we can consider how to the concerned academics of ‘History Reclaimed’ must feel that there is a kind of ‘doublespeak’ being employed as universities, colleges and public institutions shed their associations with the historical figures who founded, funded or ran them at some point in the past, because as historians, one would expect, they are not blind to the fact that the modern bourgeois-liberal structure of the society in which they operate, and all its achievements, are a result of the period when such historical figures went to the ends of the earth, and through conquest and plunder of nations and peoples, gathered the resources, knowledge and experience to build and maintain such a system.

If Marxism allows us to understand the changing undercurrents of economic life in medieval society which ultimately resulted in a progressive development from feudalism to capitalism, and how the explosive ramifications of the industrial revolution for social production opened up the route towards socialism, then it seems obvious that if one is to give a reasoned historical appraisal of an individual regarding their contribution to humanity’s progress, a Marxist, historical-materialist approach would be entirely appropriate.

Unfortunately, it is unlikely that such a method would be employed by these concerned scholars.

If however, those who have been raising objections to the public celebration of this heritage were to employ Marxist methods, and discover that a class antagonism between exploiter and exploited lies at the root of not just our colonial past, but our present imperialist system, they will be in a position to comprehend their own place in the class struggle, and reckon with the fact that it will take more than symbolic removals of names and statues to eliminate the racism, poverty, capitalist exploitation and war which will exist as long as this system is allowed to stumble, zombie-like, from one crisis to another.

The Relevance of Otto Bauer and Austro-Marxism Today

Bolivarianism and Marxism—Commitment to the Impossible in Defense of Utopia