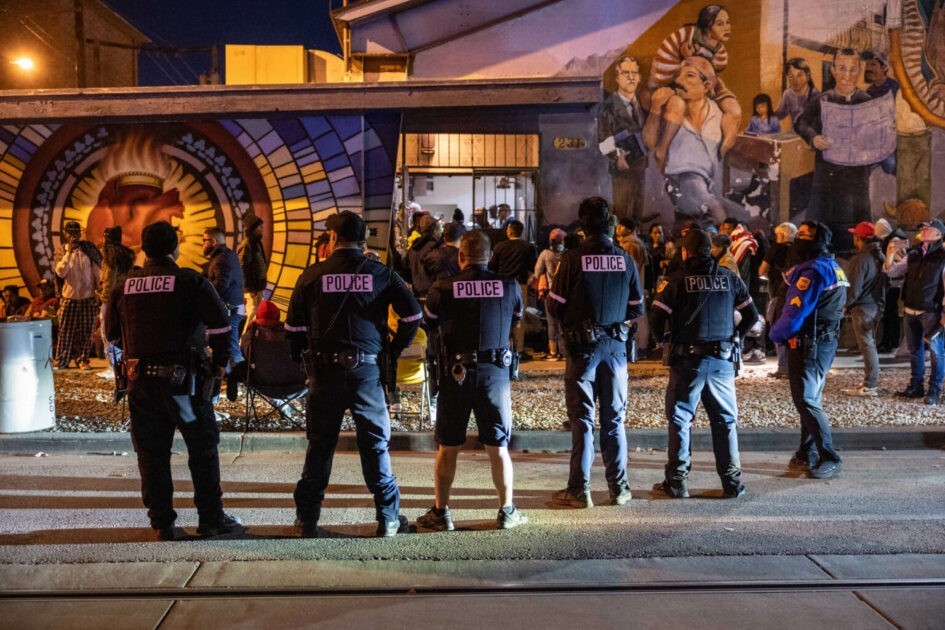 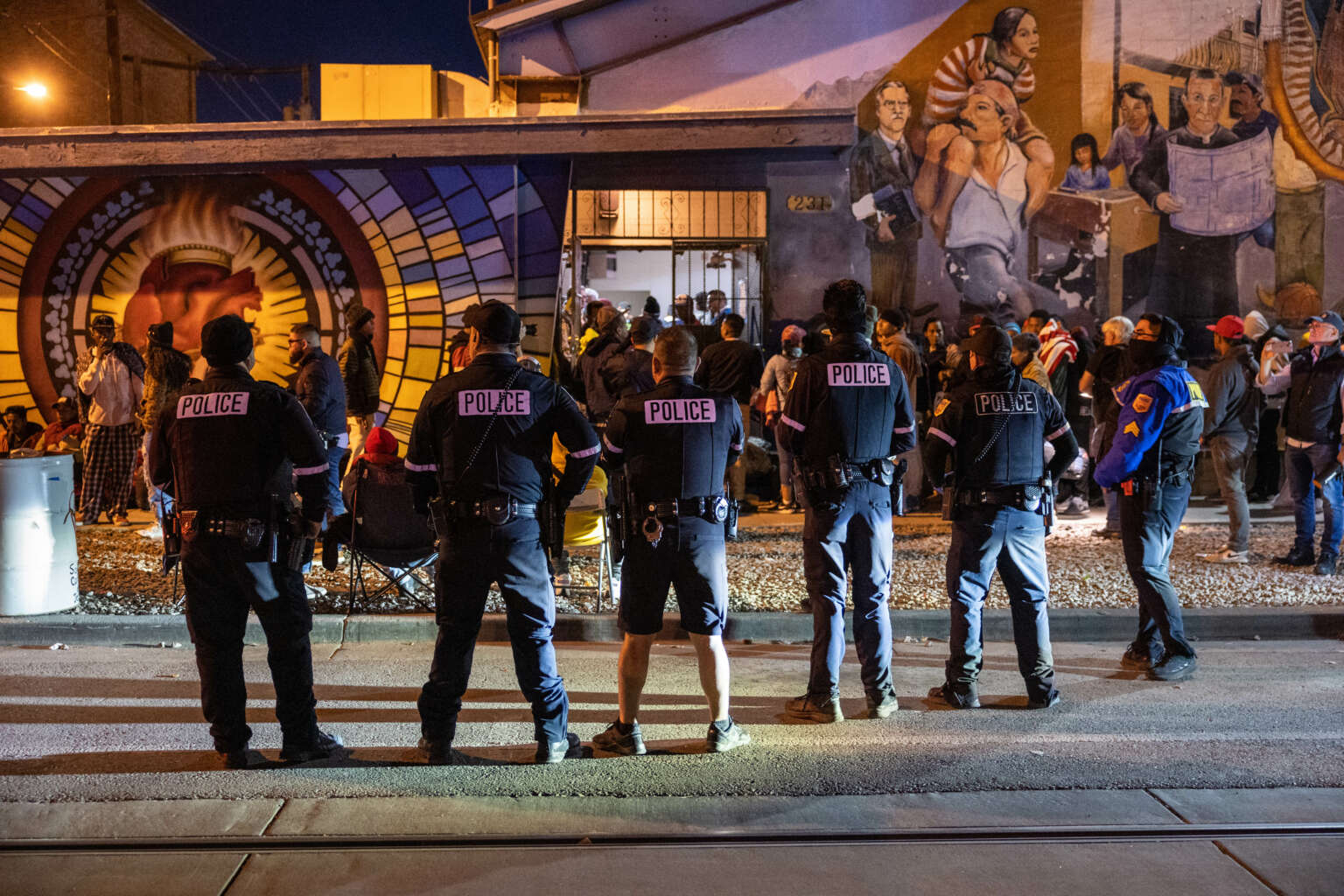 Building power and transformation is about encouraging the grassroots while confronting a resilient carceral state.

Law enforcement killed a record number of Americans in 2022, two years after the largest racial justice uprising in the U.S. According to the Mapping Police Violence database, police slayed 1,183 people in the U.S. last year. Of those murdered, according to the database, 25 percent were Black, although Black people make up less than 13 percent of the national population.

One would think, in a post-George Floyd “moment of reckoning,” that a record number of police killings would garner more attention, especially in an election year. But would an average American recognize the names of Kiaza Miller, Mable Arrington or Joshua Leon Wright? Probably not.

Instead of a reckoning, we are living in a moment of reaction. This is evident in Republican attempts to discredit demands to defund the police through fearmongering around crime. Republican candidates and PACs spent millions of dollars flooding the airwaves with looped images of violence, property theft and destruction in their “law and order” campaigns during the midterm election cycle. Some of the ads were so flagrantly racist and demonizing that they inspired some journalists to recall the Willie Horton ad, George H.W. Bush’s infamous campaign spot designed to portray Democratic presidential nominee Michael Dukakis as “soft” on crime.

However, Republicans did not act alone in the effort to restore police legitimacy and undermine radical demands to transform public safety in 2022. President Biden pledged to “fund the police” multiple times, including in his State of the Union address. Democratic Mayor Eric Adams of New York City proposed funding to hire 578 more police officers. However, New York City’s mostly progressive city council forced him to abandon his campaign promise to expand policing in the city. Lori Lightfoot of Chicago also continued to increase the city’s police budget and pledged support for law enforcement — and they are far from alone. Other cities controlled by Democrats — Houston, Austin, Philadelphia, San Francisco and Los Angeles — also increased police funding in 2022.

Given the record number of police killings this year, one could be tempted to conclude that protest does not work. However, such a conclusion belies the reality that police power (and structural racism) is deeply entrenched in U.S. society, thus requiring long-term struggle. We only need to observe histories of anti-racist movements and protests to remind ourselves of this fact. Activists such as Ida B. Wells and organizations such as the National Association for the Advancement of Colored People (NAACP) launched their crusade against lynching in the early 20th century and sought legislation banning extra-legal racist violence for decades. Yet, it would take Emmett Till’s murder and the Montgomery Bus Boycott in 1955 before the movement for racial justice began to escalate. Then, it would take community organizing, direct action and scores of campaigns before the passage of civil rights legislation. And, despite the passage of civil rights legislation in the 1960s, it would not be until 2022 that the U.S. passed anti-lynching legislation. As Dr. Martin Luther King Jr. once said, “the line of progress is never straight.”

The record number of killings by law enforcement also transpired in a year when the Biden administration issued reforms in policing. However, some policy changes in the plan, such as requiring officers to wear and activate body cameras, increased funding for training and revising use of force standards, only legitimize police and reinforce the institution’s monopoly over violence. One should not expect a president who has repeatedly voiced support for law enforcement to enact changes that might fundamentally challenge police power. Biden’s agenda serves as a reminder of arguments that abolitionist organizations such as Critical Resistance and abolitionists Ruth Wilson Gilmore, Andrea Ritchie and Mariame Kaba advance: “reformist” reforms, or changes that do not seek structural transformations to the carceral state, do not prevent police brutality and fatalities. Ultimately, people power and protest remains vital in holding law enforcement accountable.

Living through the moments in-between uprisings — as we did in 2022 — reminds us of the importance of not just building the type of disruptive power we witnessed in the summer of 2020, but also of resisting the pull of two-party electoral politics, which so effectively absorbs the energy of mass protest. It is crucial for us to maintain a diversity of organizing, movement- and community-building strategies and tactics. We must continue to engage in community organizing and educate people about abolitionist, transformative and restorative justice practices. We must expand what is possible in local communities around issues related to public safety, economic development and participatory budgeting, immigration, and environmental and reproductive justice. We must build alternative institutions and advocate for “non-reformist reforms,” short-term changes that shrink and weaken carceral institutions and undermine police power while building towards fundamentally transforming public safety. This is important long-term work.

However, the slow and long-term work of building community power thrives when it is supported by others seeking to organize and build the type of disruptive power we witnessed and participated in in the summer of 2020. Now, it might be unrealistic to expect people to be able to organize the types of mass uprising we saw that summer, because that mass conflagration transpired in a conjunctural moment; crises grew so intense and undeniable that the thought of not acting collectively seemed impossible. However, one of the lessons of 2020 is that it is important to plant the seeds for revolutionary situations to bloom. The slow and steady work of organizing can produce radicalization, but radical circumstances occur when leaps of political consciousness and radicalization become possible for more people.

We should continue to use all the tools of struggle — transformative justice work, community organizing, constant agitation, troublemaking and disruptive protest — and see them as mutually reinforcing strategies as we navigate this in-between moment. Some might organize for mass protest with the hopes of replicating and building the disruptive power of 2011 (Occupy), 2013-2015 (first wave of Black Lives Matter), Standing Rock (2016) and 2020 (George Floyd uprisings), while some will continue to educate and organize communities around transformative justice in preparation for a potential leap. Building power and seeking transformation is hardly ever an either/or matter. It is about encouraging as much self-activity, organizing and movement-building from the grassroots as possible while confronting a resilient carceral state.

Some law enforcement officials demand total valorization and obedience. They expect us to express this admiration not just through acts of recognition, but by shoveling money into their institutions and coffers. Law enforcement has served as a political interest group that has accumulated much power and privilege — political, cultural and economic force — in U.S. society. As long as many Americans continue to believe that the police represent the “thin blue line” between “order and anarchy,” we will need to engage our communities, and the broader public, politically and culturally if we hope to defeat, dislodge and dismantle police power.

The last decade has been rife with crises, but with crisis has come protest, politicization and radicalization. If the last year has been any indication — continued public fascist demonstrations, the end of the constitutional right to abortion and the ensuing restrictions and bans, climate disasters, economic crises and continuing police brutality — then we should always expect mass protest around the corner. The question for 2023 will be: Can we channel the next wave of mass protest into more radical organization and action? That will depend on whether we are able to build enough power to withstand not just the ebbs of collective action, but the violent responses and efforts by the far right and liberals to coopt disruptive protest from below.

Club Q killings are part of capitalist violence and hatred

The Untold History of NATO and Case for Its Abolition

Bringing Capital Back Again In Slavery and Abolition