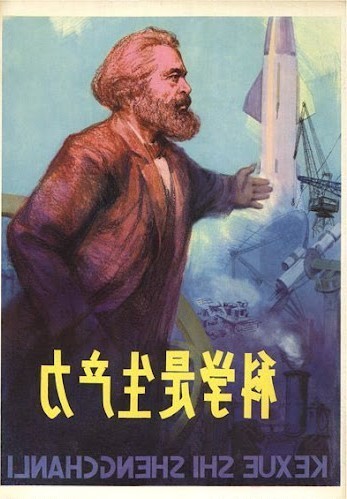 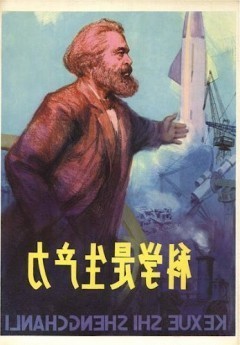 In our last article we saw that Marxism-Leninism bases itself on a materialist worldview. But we saw, at the same time, that materialism as it came to be understood with the rise of bourgeois society was still metaphysical in its method of analysis. At this point, let’s look at the difference between the metaphysical and dialectical method. Then we can better understand how Karl Marx established the philosophical basis of revolutionary science, dialectical materialism.

Metaphysics is a subject of philosophy that really begins, at least in the West, with Aristotle in ancient Greece, and is intended to look at that which lies “beyond the senses” or outside the realm of perceptual experience. Friedrich Engels, in his book Ludwig Feuerbach and the End of Classical German Philosophy, calls metaphysics “the old method of investigation and thought…which preferred to investigate things as given, as fixed and stable, a method the relics of which still strongly haunt people’s minds.”

This might seem very abstract, but actually we encounter metaphysical thinking all the time, haunting people’s minds in our movements and forming the basis of all kinds or blind alleys, strategic and tactical missteps, and opportunistic tendencies. For example, reformist thinking is based on a view that social progress can be a process of peaceful, quantitative growth and that no qualitative leap is necessary. This is the view of both bourgeois liberals and the so-called democratic socialists. At the same time, reactionaries of all stripes believe that nothing can, or should, fundamentally change. We encounter lots of folks who peddle the idea that things are the way they are just by accident, rather than as the result of a historical process that brought us to where we are, therefore obscuring the root causes of the current state of things. And of course, many people don’t understand how internal contradictions drive a given process, and thus find themselves unable to navigate those contradictions as they unfold. The dialectical method sweeps aside metaphysical thinking on all of these points and gives us the tools we need to combat it.

Engels goes into all of this at length in Socialism: Utopian and Scientific. “To the metaphysician, things and their mental reflexes, ideas, are isolated, are to be considered one after the other and apart from each other, are objects of investigation fixed, rigid, given once for all. He thinks in absolutely irreconcilable antitheses. …For him, a thing either exists or does not exist; a thing cannot at the same time be itself and something else. Positive and negative absolutely exclude one another; cause and effect stand in a rigid antithesis, one to the other.”

Engels goes on to say that “dialectics, on the other hand, comprehends things and their representations, ideas, in their essential connection, concatenation, motion, origin and ending.” We see then that metaphysical materialism stops short of seeing how contradictory forces, both within and without, can change a given thing and even cause things to transform into their opposite. It ignores how matter and ideas affect one another, and indeed can transform into one another, for ideas can become a material force in history when taken up by the masses. We have already seen how this works in our previous articles on the Marxist theory of knowledge and the mass line. Marxist-Leninist epistemology is not only materialist, but is fundamentally dialectical.

So much for metaphysics. Let’s look more closely at dialectics. Like metaphysics, dialectics too has its roots in ancient philosophy. Socrates and Plato were both famous for their dialectical method. They believed that when two contradictory arguments were set against each other, reason could allow for a higher understanding to be reached. Later, the German philosopher G.W.F. Hegel took this idea further in developing his philosophy of dialectical idealism. It was Hegel who first systematized the dialectic. To put it as simply as possible, Hegel argued that there was a dialectical process of historical progression toward Reason where one thing is contradicted by another, leading to their sublation, or overcoming. Often this is described in terms of Thesis – Antithesis – Synthesis, with the synthesis carrying forward some remainder as the thesis and antithesis are both overcome in something qualitatively new.

Marx and Engels understood that within Hegel’s dense, idealist system, there was an important key to understanding historical and social change. Hegel understood contradiction to be inherent to progress. Marx took the Hegelian dialectic and put it on a materialist basis: “With him it is standing on its head. It must be turned right side up again, if you would discover the rational kernel within the mystical shell.”

The materialist inversion of the Hegelian dialectic means that Marx and Engels started with the material conditions of human beings as they worked to satisfy their material needs. Human society, they saw, has always been organized around its tools, and the productive relations arising from that. From that they understood the historical development of classes and of class struggle as the motive force of history. They illuminated how classes and class struggle drive forth the contradictions in any given historical period, leading towards revolution and advancement towards a new and higher stage, leading to new contradictions, ever onward.

Finally, this brings us to another important point. It should be noted that Hegel’s idealist dialectic is teleological, which means it has a fixed end or “final cause” that everything is being drawn towards. For Hegel this is the actualization of God in the world through Reason, the “End of History.” The materialist dialectic of Marxism has no such teleological end. From a dialectical materialist viewpoint, there is no reason to believe that there will ever be a time when all contradictions are resolved and there is no more struggle and thus no more progress.

By applying the “rational kernel” of the Hegelian dialectic to modern materialism the laws that govern social and historical change are finally revealed. Engels lists these laws of the dialectic as follows: the law of the unity and struggle of opposites, the law of the transformation of quantity into quality, and the negation of the negation. All of these may be summed up as particular aspects of dialectical contradiction. In our forthcoming articles we will examine each of these in greater detail before advancing to an analysis of Historical Materialism, which is Marx’s application of the materialist dialectic to history.

The Metaphysics of Accounting with Paolo Quattrone

‘Friedrich Engels and the Dialectics of Nature’, by: Kaan Kangal

9/11 and the ‘War on Terror’ -Socialist analysis

The base-superstructure: a model for analysis and action