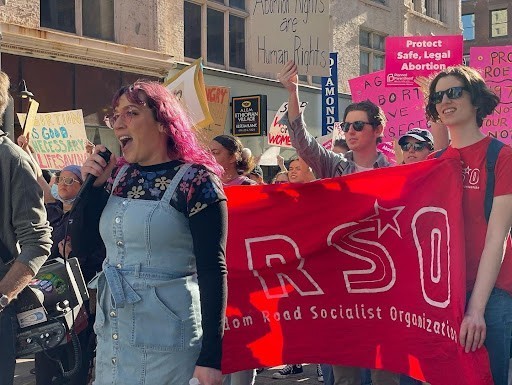 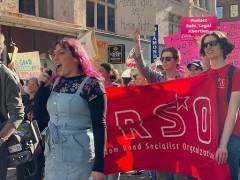 The historic task of the working class in the socialist revolution is to eliminate all oppression. This includes the oppression of women and LGBTQ people from the shackles of patriarchy.

In her 1949 article “We Seek Full Equality for Women,” Claudia Jones states, “Marxism-Leninism exposes the core of the woman question and shows that the position of women in society is not always and everywhere the same, but derives from woman’s relation to the mode of production.”

In The Origin of the Family, Private Property, and the State, Friedrich Engels gives us a historical materialist analysis of patriarchy’s foundation and explains how gender oppression is related to reinforcing the mode of production. Basically, Engels explains that patriarchal family relations and the gendered division of labor have their origin in the very beginning of class society and private property.

Engels writes, “the pairing family … is founded on male supremacy for the pronounced purpose of breeding children of indisputable paternal lineage. The latter is required, because these children shall later on inherit the fortune of their father. The monogamous family is distinguished from the pairing family by the far greater durability of wedlock, which can no longer be dissolved at the pleasure of either party. As a rule, it is only the man who can still dissolve it and cast off his wife.”

Thus the traditional patriarchal family has the original purpose of ensuring the inheritance of male property. Under capitalism, the family also serves the purpose of regulating reproductive labor by enforcing a gendered division of labor. Reproductive labor is the domestic labor required to reproduce labor-power — that is, the labor required for the workers survival, such as cooking, cleaning, childcare and other housework traditionally assigned to women while the men work outside the home

Even today in the U.S., where many women work outside the home, women earn 80 cents for every dollar earned by men, and also continue to carry the majority of the burden of domestic labor. Furthermore, this gendered division of labor means not only women taking up most domestic tasks at home, but also being disproportionately driven into generally lower paying jobs, such as in the service sector or clerical work.

The ruling class benefits from this gendered division of labor by using women and LGBTQ people as a reserve source of labor, driving down wages overall, and as a source of super-profits resulting from these lower pay rates. This is even more true for oppressed nationalities. In her 1949 article, “An End to the Neglect of the Problems of Negro Women,” Claudia Jones was correct to observe that “Negro women — as workers, as Negroes, and as women — are the most oppressed stratum of the whole population.”

It is this gendered division of labor that serves as the foundation for women’s and LGBTQ oppression and serves as the material basis for misogyny and male chauvinism. This is also the basis for attacks on LGBTQ rights. Today we see an ongoing, reactionary pushback against rights previously won through struggle, from reactionary “don’t say gay” bills to the overturning of Roe v. Wade which guaranteed the right to abortion.

Thus the goal of gender oppression is to maintain the gendered division of labor and the patriarchal family, primarily for the sake of ensuring the inheritance of property, gender-based super-profits, and the regulation of domestic, reproductive labor. For this reason, it works to suppress anything that would challenge that system, including both women’s liberation and LGBTQ liberation. LGBTQ equality presents a direct challenge to this oppressive system, and so LGBTQ people are also subject to severe repression, including discrimination in employment, housing, education, and healthcare, and denial of the right to marriage equality.

The working class as a whole must set itself the task of abolishing these oppressive, gendered social relations. The Bolshevik leader Alexandra Kollantai put it well in her 1909 article “The Social Basis of the Woman Question.”

“While for the feminists the achievement of equal rights with men in the framework of the contemporary capitalist world represents a sufficiently concrete end in itself, equal rights at the present time are, for the proletarian women, only a means of advancing the struggle against the economic slavery of the working class. The feminists see men as the main enemy, for men have unjustly seized all rights and privileges for themselves, leaving women only chains and duties. For them a victory is won when a prerogative previously enjoyed exclusively by the male sex is conceded to the ‘fair sex’. Proletarian women have a different attitude. They do not see men as the enemy and the oppressor; on the contrary, they think of men as their comrades, who share with them the drudgery of the daily round and fight with them for a better future. The woman and her male comrade are enslaved by the same social conditions; the same hated chains of capitalism oppress their will and deprive them of the joys and charms of life. It is true that several specific aspects of the contemporary system lie with double weight upon women, as it is also true that the conditions of hired labor sometimes turn working women into competitors and rivals to men. But in these unfavorable situations, the working class knows who is guilty.”

Kollantai and the Bolsheviks laid the primary blame for gender oppression at the feet of the capitalist ruling class, and the socialist revolution in the Soviet Union aimed to accomplish much more than simply winning additional privileges for women. It set about uprooting the material basis for gender oppression. The first step in doing this was by establishing legal gender equality. Women were immediately granted the right to vote and hold public office. But it also backed up that legal equality by granting women economic independence from men by dismantling the gendered division of labor. The number of women in the workforce more than doubled between 1917 and 1930. Likewise, the 1918 Family Code was truly revolutionary. Marriage was separated from the Church. Couples were allowed to choose their own surname, and guaranteed the equal right to divorce. The Soviet Union was the first country in the world to legalize abortion in 1920. Women were granted eight-week paid maternity leave and the same wage standards as men. Importantly, public cafeterias and child care facilities were created to remove the burden of domestic labor from the shoulders of women.

We can look at the socialist countries today for further practical lessons. For example, Socialist Cuba has guaranteed free gender affirming surgery since 2008. Further, Cuba deepened its commitment to gender equality in September of 2022, when it passed a revolutionary Family Code, legalizing equal marriage and adoption rights regardless of sexual orientation and recognizing the rights of surrogate mothers.

It should not be assumed that women’s and LGBTQ liberation are tasks left solely for after the revolution. It is an immediate task of all revolutionaries and progressive people to uproot gender-based oppression. We must take seriously, today and tomorrow, the task of completely destroying, root and branch, patriarchy and all systems of male supremacy in order to build a just, socialist society.

Trans women are not the enemy. Patriarchy is.

Socialists and the War in Ukraine: A Response to the Party for Socialism and Liberation

February 18, 2015: Communist volunteer of the Ghost Brigade raises the red flag after the liberation…

How a Century of War Changed the Lives of Women: resisting war, asserting our liberation