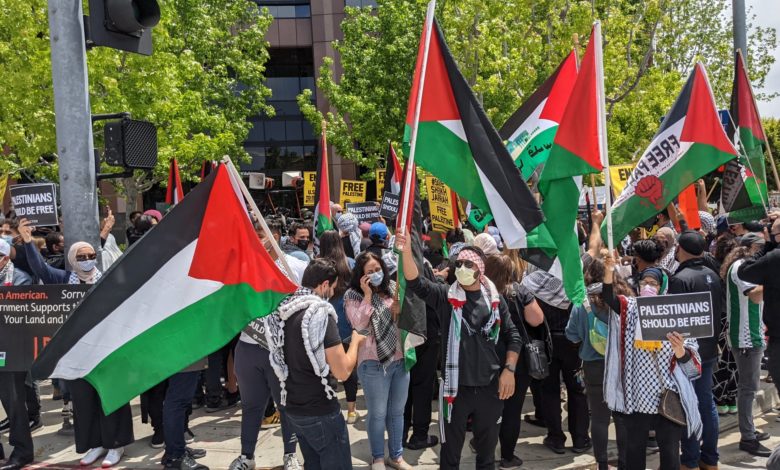 Prominent Palestinian member of parliament Khalida Jarrar was released on Sunday after being held as a political prisoner by Israel for the last two years. Throughout her detention, Israel faced increasing pressure from Palestinians and their supporters around the world calling for Jarrar’s freedom. Her release is being celebrated by this movement. Jarrar was elected to parliament in 2006 representing the Popular Front for the Liberation of Palestine.

Jarrar was arrested by Israeli authorities in Ramallah in October 2019 and was held without charge or trial based on undisclosed “evidence”. As part of their campaign of repression against groups struggling for Palestinian freedom, Israel also arrested Jarrar in 2015 and 2017.

This summer, Jarrar’s daughter and well-known activist Suha Jarrar passed away in Ramallah. With 60 days remaining in Jarrar’s detention, she petitioned the Israeli Prison Service (IPS) for a temporary humanitarian release to attend her deceased daughter’s funeral. In an act of total cruelty, IPS rejected Jarrar’s release on political grounds as they believed Jarrar to be a “security threat.”

Immediately after being released, Khalida Jarrar went to visit Suha’s grave in Ramallah Cemetery, accompanied by other Palestinian leaders. She recalled that, “The last time I hugged Suha was the night of my arrest in 2019.”

IPS’s decision was met with national and international outcry and brought Israel’s practice of administrative detention back into the spotlight. Administrative detention is the process of incarceration without trial and charge without evidentiary disclosure or statute of limitations. Thousands of Palestinians are held without due process in Israeli prisons where torture is routine. Without disclosure of evidence or charges, it is of course impossible for prisoners to mount a legal defense.

Michael Lynk, a United Nations special human rights rapporteur, described Israel’s administrative detention as “a penal system that is ripe for abuse and maltreatment.” However, as is characteristic for Israel, it has consistently violated international law and has yet to face any repercussions for its rampant human rights abuses.

Jarrar’s detention was not only a gross violation of basic rights, but a clear example that the state of Israel cannot exist without the repression of the Palestinian people. But the movement around the world calling for an end to Israel’s practice of administrative detention and the complete release of all Palestinian prisoners in Israeli prisons is growing.