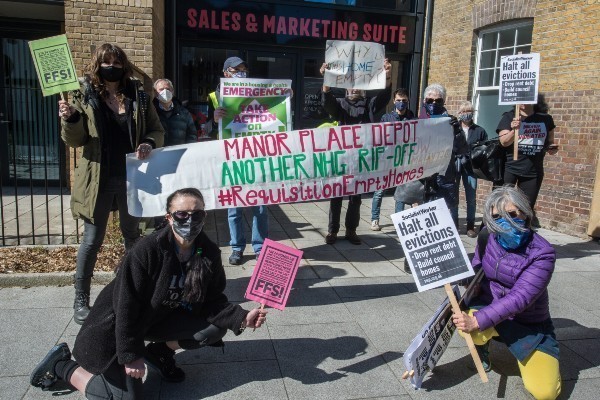 Private rents outside London are rising at their fastest rate for 13 years.

According to property website Zoopla, rents rose by 5 percent over the 12 months to the end of July—the biggest increase since its index began in 2008.

Average rents in Britain, excluding London, are running at £790 a month, up from £752 a year earlier.

This adds more than £450 to an average annual rent bill as renters return to big cities after an exit during the pandemic. Some rents have even jumped by at least 25 percent.

Rents in Wigan, Greater Manchester, and Mansfield, Nottinghamshire, have risen by upwards of 10 percent in a year. Meanwhile in Hastings, East Sussex, and Norwich rents are up by more than 9 percent.

Figures show there has been “a sharp rise” in demand for city living now that lockdown restrictions have eased. However, rents are still slightly down in London from their astronomic highs after some people moved further out to the suburbs or the countryside during the pandemic.

Rental declines in London have now “bottomed out”—average rents were down only by 3.8 percent in July, compared with 9.8 percent in February.

Commentators say a spike in demand and shrinking supplies are pushing rents upwards, showing how turbulent the housing market is.

Housing should be a right rather than a constant worry as people fight rising costs and remain at the mercy of the market.

In August, the amount of property available was around a third below where it usually is in summer. Although more people are renting, a lack of housing isn’t a problem for those who can afford to buy large properties—or pay the top rents.

House prices have risen, so some landlords have sold up to cash in as much money as they can. And properties are being rented by would-be homebuyers who are “renting tactically” to move quickly when the house they want comes on the market.

One solution to the crisis would be to use the unused or empty houses across the country. And despite there being a low supply of housing, new developments are being built all the time to be sold for profits.

In Scotland, the government has announced it will “implement an effective national system of rent controls, enhance tenants’ rights”. That would be welcome.

But the details are not fully clear. And landlords often respond to rent controls by withdrawing their properties from the market or refusing upgrades and repairs.

The key issue is the mass building of council homes that can give people genuinely affordable rents and security of tenure.

Instead a system remains where private developers seek to squeeze out as much money from a piece of land as possible.