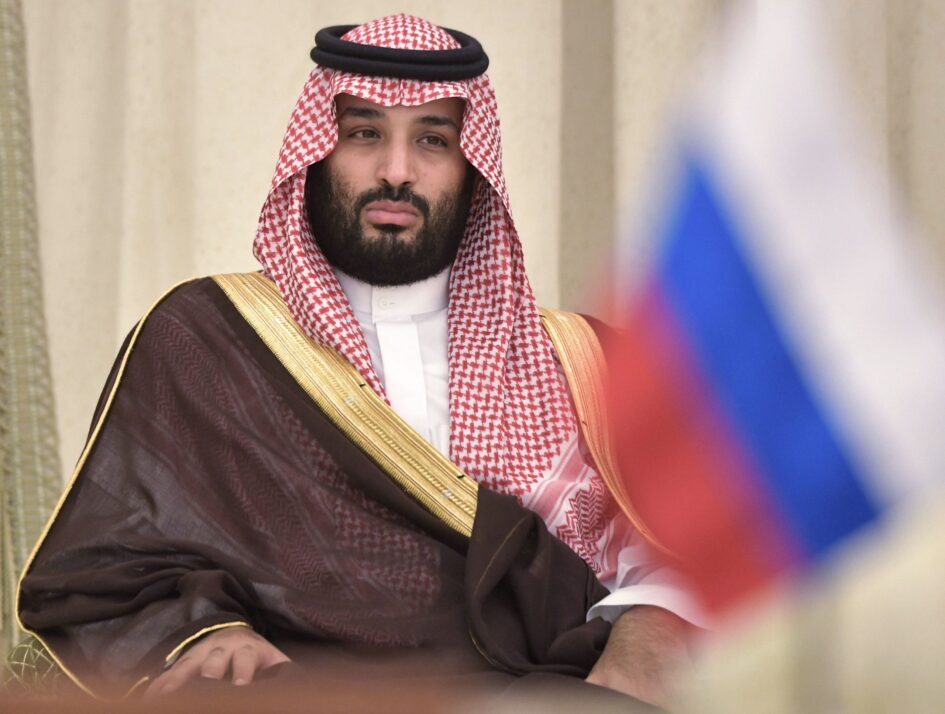 This story originally appeared in Common Dreams on March 7, 2022. It is shared here with permission under a Creative Commons (CC BY-NC-ND 3.0) license.

US President Joe Biden’s advisers are reportedly discussing a possible trip to Saudi Arabia this spring to urge the kingdom to ramp up oil production amid fears of a supply shortage as the United States mulls a ban on Russian crude imports.

But progressive members of Congress and anti-war commentators were quick to pan the idea of further deepening US ties with Saudi Arabia, pointing to the years-long, catastrophic assault the kingdom has been waging on Yemen since 2015—often with military and diplomatic support from the US government.

“Our response to Putin’s immoral war shouldn’t be to strengthen our relationship with the Saudis, who are currently causing the worst humanitarian crisis on the planet in Yemen,” US Rep. Ilhan Omar (D-MN) wrote in a Twitter post late Sunday. “Yemenis might not matter to some geopolitically, but their humanity should. This is a wildly immoral act.”

Axios reported Sunday that a Biden trip to Saudi Arabia would be part of an attempt to “help repair relations and convince the Kingdom to pump more oil.”

“A hat-in-hand trip would illustrate the gravity of the global energy crisis driven by Russia’s invasion of Ukraine,” Axios continued. “Biden has chastised Saudi Arabia, and the CIA believes its de facto leader, Crown Prince Mohammed bin Salman, was involved in the dismemberment of Washington Post columnist Jamal Khashoggi.”

In response to its report on a possible Biden trip to Saudi Arabia in the coming weeks, a White House spokesperson told Axios that the administration doesn’t “have any international travel to announce at this time, and a lot of this is premature speculation.”

Basav Sen, director of the Climate Justice Project at the Institute for Policy Studies, said Sunday that if Axios‘ reporting is accurate, “it’s a disastrously bad idea.”

“President Biden and his administration are out of touch with reality if they’re pushing for more oil and gas production, in this country or anywhere else,” Sen argued.

MSNBC host Mehdi Hasan said during his show late Sunday that he finds it “odd that we are going to send our president to Saudi Arabia to say, ‘Give us more oil while you bomb Yemen so we don’t have to get oil from Russia as it bombs Ukraine.’”

Axios‘ report came as Biden administration officials and congressional leaders considered moving to impose a ban on Russian oil imports to the US, a proposal framed as part of an attempt to isolate Russia in response to its deadly assault on Ukraine, which has entered its second week with no end in sight. The potential for an import ban on Russian crude helped send oil prices surging.

As Bloomberg noted Sunday, US Secretary of State Antony Blinken said over the weekend that “the White House is in ‘very active discussions’ with its European allies about a ban to tighten the economic squeeze on President Vladimir Putin.”

“The US has so far resisted restrictions on Russian crude imports due to concerns about the impact of rising prices on consumers,” the outlet observed, “but most buyers are refusing to take it, resulting in an embargo in all but name.”

The US imported an average of roughly 209,000 barrels of crude oil per day from Russia in 2021. According to the International Energy Agency, Russia is the second-largest exporter of crude oil in the world behind Saudi Arabia.

As The Intercept‘s Ken Klippenstein reported last month, “While the media focuses on the conflict in Ukraine, a major cause of the gas price spike has gone overlooked: Moscow’s partnership with Saudi Arabia has grown dramatically in recent years, granting the two largest oil producers in the world the unprecedented ability to collude in oil export decisions.”

“The desert kingdom’s relationship with the US has chilled in the meantime, as demonstrated earlier this month, when President Joe Biden pleaded with the Saudis to increase oil production—a move that would not only have helped to alleviate rising inflation and gas prices, but also reduced Russia’s extravagant profits amid its aggression against Ukraine,” Klippenstein wrote. “The Saudi king declined.”

Rep. Jamie Raskin: ‘We’re living in a time of trauma’