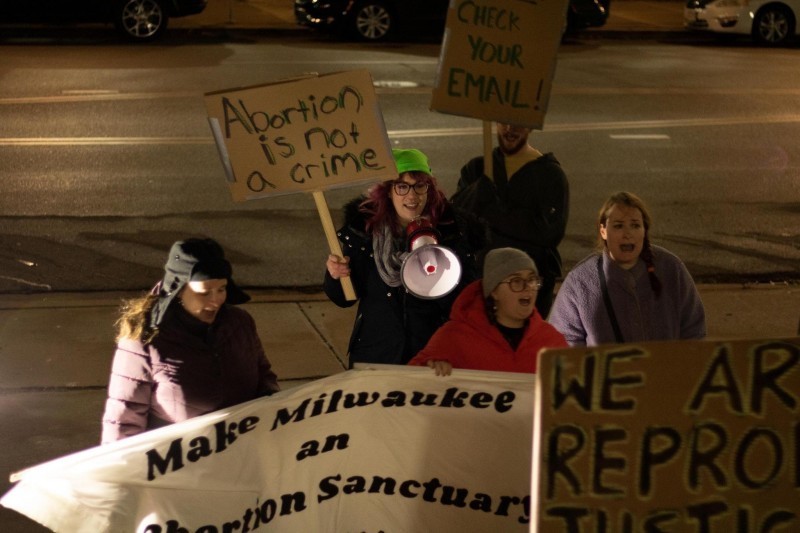 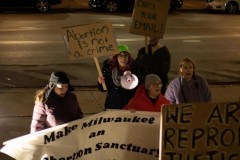 Milwaukee, WI – On the evening of January 18, Reproductive Justice Action – Milwaukee (RJA-M) held a press conference and small rally outside of the Milwaukee County Safety Building. This press conference called on Milwaukee District Attorney John Chisholm, to sign a pledge that echoes the promise he made in June of last year, after the fall of Roe v. Wade. It states that neither he nor his office will prosecute anyone under State Statute 940.04, which is an 1849 abortion ban that targets abortion providers.

RJA-M demands that DA Chisholm hold up his promise to his community and send the signed pledge back to them ASAP. “We intend to deliver this signed pledge to the Milwaukee County Sheriff’s Office, along with a community petition demanding the police adopt a standard operating procedure that truly does protect and serve our community, by refusing to investigate or arrest individuals under, or otherwise indulge, this outdated piece of legislation,” stated RJA-M Chair Lauren Forbush.

RJA-M plans to stay attentive to this call to action and will continue to hold actions to pressure the district attorney until the pledge is signed.

Did the FBI live up to its pledge to bring Jan. 6 perpetrators to justice?

Revealing he too had Manning leaks, Ellsberg dares DOJ to prosecute him like Assange