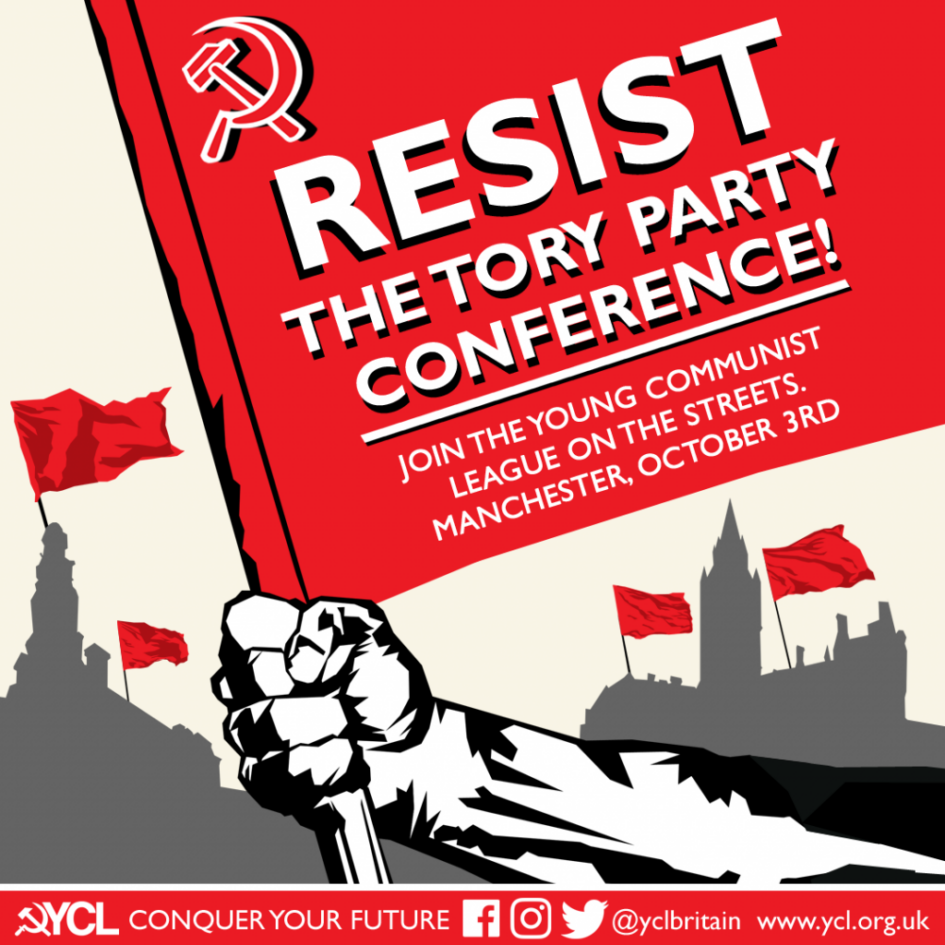 The Central Committee of the Young Communist League has issued the following statement in the build up to this Sunday’s protest against the Tory Party Conference in Manchester.

The YCL is calling for a maximum turnout to protest the Tory Party Conference this Sunday (3 October 2021).

Once again, the Conservative Party has chosen to bring their conference to the city of Manchester – a slap in the face and a clear provocation to the same communities who they have attacked with brutal cuts for more than a decade and who they have failed so badly with their criminal negligence in responding to COVID-19.

This week’s Labour Party Conference and the last year and a half have confirmed that effective opposition to Tory rule won’t be found in Parliament.

Working people and the youth have to come together to beat this ruling class government.

Now is the time to reject capitalism, and struggle for socialism.

The YCL is meeting this Sunday 3rd October at Hathersage Road (just off Oxford Road) at 11am. Wear dark colours. Together we will win the fight for the future.