Retreat from Mali: an historical setback for French imperialism 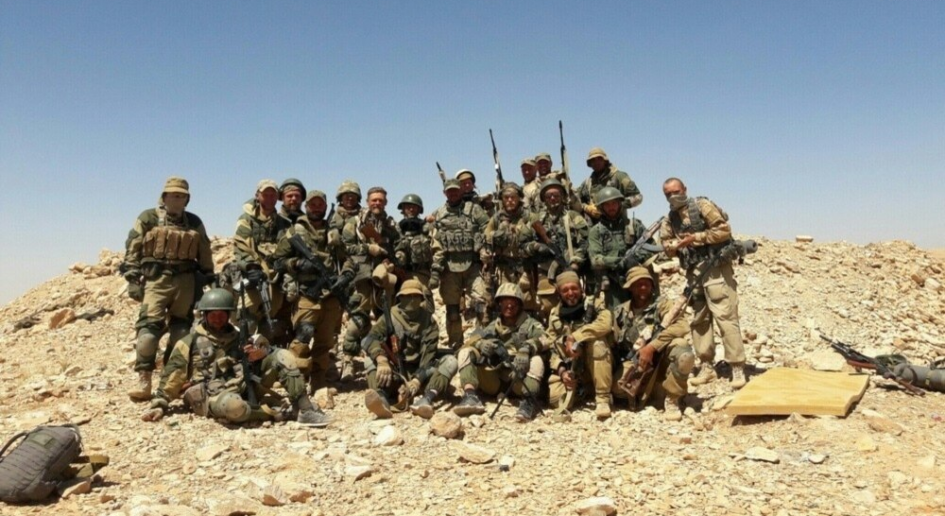 Last month, on 17 February, President Macron announced the withdrawal of French troops from Mali in West Africa. From 2013, alongside the forces involved in ‘Operation Barkhane’ and the ‘Takuba Task Force’, France led an intervention in Mali with the supposed intention of fighting to “stabilise the country”. All major European NATO countries were involved, and the intervention was fully backed by the UN, which sent a 15,000-strong mission, which it called “MINUSMA”, which also established itself in other countries of the Sahel region.

France has deployed more than 5,000 troops, most of which were deployed in Mali. At the time, the intervention was even supported by the French Communist Party, while the UN envoy for the Sahel and Italy’s two-time centre-left prime minister, Romano Prodi, oversaw the whole operation, referring to the French intervention as “inevitable”.

Behind the usual talk of “fighting terrorism” and “national reconciliation”, France’s intervention was about reestablishing control over what it considers to be an area of strategic interest. It regards it as such not simply because of France’s role as a former colonial power, but also because of Mali’s location at the crossroads of the Sahel: an important link to Niger, which is the country from which France imports 100% of its military uranium and 30% of its uranium destined for civil use. Mali is also the third-largest gold producer in the world.

As such, this retreat is an historic defeat for France.

Initially, sectors of the Malian population were not completely opposed to French intervention. The overthrow of Gaddafi in 2011 by Nato created complete chaos in Libya, with jihadi miltias spilling over into the Sahel. On the back of this chaos, many of the fighters from the nomadic Tuareg population, who were previously on the payroll of Gaddafi, crossed the border and sparked a rebellion in the north of the country.

But the imperialists who intervened to defeat the insurgency did not bring peace to the country. According to the International Federation of Human rights, “In 2020, more civilians were killed by the security forces than by extremist groups”. More than 10,000 people have been killed in Mali since the conflict began in 2012, and more than 350,000 people have been displaced.

The imperialist, rather than solving the humanitarian crisis, have greatly exacerbated it. In fact, NATO has succeeded in completely destabilising the whole region.

Mass movements have erupted against the regime of Ibrahim Boubacar Keïta, a puppet of France who won the ‘democratic’presidential election of the summer of 2013 – although how ‘democratic’ elections can be in an occupied country is anyone’s guess!

The high point of the mobilisations was reached in the spring of 2020, when the pressure of the masses was so great that Keïta’s government was left hanging in mid-air. The military was forced to intervene out of fear of the rise of the revolutionary movement.

A successful coup was staged, and the army took power on 18 August 2020. The masses played a significant role in these unfolding events, as we have explained previously:

“Tens of thousands of protesters took to the streets to celebrate after the news of Keita’s arrest was made public. There were wild scenes of jubilation in Bamako, with protesters and soldiers firing live ammunition in the air to celebrate the removal of the hated French-backed government.”

To (temporarily) cut through the anger of the masses, the generals increasingly distanced themselves from Macron and the West. In the coup d’état of May 2021, the military gathered around Assimi Goita, the current president, and removed President Ndaw and all the ministers of the France-allied government. It is no coincidence that the coup took place just two days after Ndaw visited France.

Mali placed on the blacklist

One of the first measures the new military junta took was to suspend military cooperation with France. The West immediately condemned the coup, denouncing the suspension of elections and democratic rights.

It matters little to them that Africa is full of governments that are far from being champions of democracy (take, for example, Chad, where the Déby family has ruled uninterruptedly since 1990). They are supported by western imperialism, and that’s what matters.

But once a government ceases to follow orders from Paris or Washington, it is immediately placed on the blacklist of the ‘bad guys’.

There is nothing progressive about the military who are in power in Mali. Goita was trained in the USA and in other NATO countries. As in Burkina Faso in January, the military carried out a coup to prevent a revolution. To do so, they were forced to use a certain amount of anti-imperialist rhetoric to gain support from the masses. This is made much easier by the lack of a real alternative on the left.

France did everything it could to keep control from slipping out of its hands. It has been accused of supporting and funding Salafist militias and Tuareg rebels in an effort to undermine the government. Even Salif Keita, the famous singer, denounced the behaviour of the French government in a video. The imperialists are once more demonstrating that, for them, “the enemy of my enemy is my friend”.

Last January, the Economic Community of West Africa States (ECOWAS) imposed sanctions on Mali over delayed elections, a move clearly suggested by Paris. In response, Goita made an appeal to the masses “to defend our homeland”, in response to which the masses took to the streets, with very placards and banners that read: “Down with France!”, “Down with Imperialism!”

Everything’s interesting in #Mali 🇲🇱 The demonstration rarely brings together so many people at Independence Square in #Bamako. A huge number of #Malian and #Russian flags, as well as posters against #France and the #ECOWAS.#NoMore pic.twitter.com/Fj6VBZw8Bt

The escalation continued with the expulsion of the French ambassador from Mali, after what were deemed “hostile and outrageous” comments about the Malian government’s decision to postpone the elections.

As one reporter from an Italian daily newspaper wrote: “In the streets of Bamako (the capital of Mali), the French have gone from being liberators to occupiers”.

The only option left for Paris was to flee the country. The humiliation is even greater in that Macron had been fighting for months to convince several EU countries to send troops to Mali.

The presence in Mali of the Wagner Group (a Russian mercenary group) is another source of French indignation. Its presence is officially denied by the government in Bamako, but it seems to have been instrumental in recent victories against jihadist militias in the north of the country, in which around 600 soldiers have been deployed.

And Russia is undoubtedly popular in Mali. In recent demonstrations, one could see many Russian flags flying.

The presence in Mali of the Wagner Group (a Russian mercenary group) is another source of French indignation / Image: SSA UA

Many see the Wagner Group as an anti-French force, which is indeed true, but this does not mean that it defends the interests of the Malian people. This private military company is the spearhead of Russian interests on the continent. Its decisions to support this or that government or faction are based on to what extent doing so serves to weaken the other imperialist powers. In the Central African Republic, for instance, these contractors are employed to support President Touadera in a civil war that has ravaged the country since 2012.

It is no surprise then that Russia blocked a UN statement of support for ECOWAS sanctions on Mali in the security council. Meanwhile, China stands with Russia. Chinese companies are increasingly taking over markets previously held by Western rivals, and Mali was the first country to which China sent soldiers on UN ‘peacekeeping’ missions , back in 2014. It still retains a presence there.

What we are witnessing in Mali is undoubtedly the clash between the imperialist powers for the conquest of spheres of influence. This clash will only intensify in the near future.

However, it would be wrong to reduce everything to ‘geopolitics’, as is so fashionable these days. In Mali, as in Burkina Faso, there is one factor in the equation that has come to the fore and is never taken into account by bourgeois analysts: the class struggle. The mass mobilisations were decisive in the ousting of the French.

Macron has reiterated that France will not withdraw from the region, and is now repositioning most of its troops in Niger. He is playing with fire. The plight of the Nigerien masses is no different from that of the Malian masses: they suffer from the same economic crisis, poverty, imperialist plunder, etc. Sooner or later, France will come to be seen as an occupier there too.

If the lessons of the defeat in Mali have hardly been learnt by Macron, then neither have they been learnt by the left. Mélenchon, in a parliamentary speech about the retreat from Mali, “recalled that France was neither an invading nor an occupying power,” and as such he opposed the withdrawal of French troops from the Sahel.

The nationalism of the left leaders in the imperialist countries must be strongly opposed, as it does not help the cause of the oppressed either in France or in the former colonies.

The masses in West Africa have a tremendous tradition of anti-colonial and revolutionary struggle, which they are rediscovering. In future struggles, they will learn that they must not place one iota of faith in the military, nor in any imperialist power: be it France, the USA, Russia or China. Rather, they need a revolutionary programme that binds together the workers and the rural and urban poor.

From Russia Without Love – Mercenaries in Mali

SI calls for swift restoration of democracy in Mali