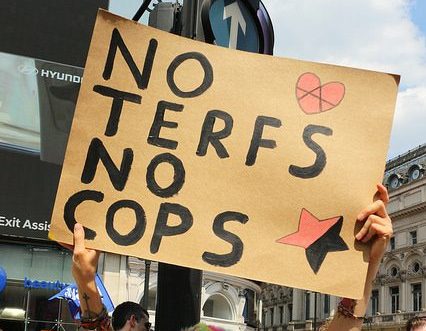 On September 26th 2021, a Swiss referendum produced an overwhelming decision in favour of same-sex marriage, while German voters elected two trans women to the country’s parliament – the first openly trans people to take their seats there. But there’s a stark difference between these advances for LGBT people and developments in some Eastern European countries. In Poland, local government bodies covering about a third of the country have declared themselves to be “LGBT-free zones”. The hard right Fidesz government in Hungary have abolished legal recognition of trans people, effectively forbidden same-sex couples from adopting children and banned the depiction of homosexual relationships in materials targeted at or accessible to children, conflating homosexuality and paedophilia. Anti-Gender Politics in the Populist Moment helps us understand these developments in the former Warsaw Pact countries, their links with the far-right internationally, and gives an inspiring example of people fighting back.

The grim truth, however, is that millions of people have been mobilised across Europe – West to East – by a movement which opposes “gender”, seeks to defend “the family” and claims that children are in danger and must be protected. Throughout Europe, this movement is part of the populist right – in France, the 2013 “Manif pour Tous” brought hundreds of thousands onto the streets against marriage equality and was supported by the French far right, while a 2019 “World Congress of Families” took place in Verona and featured hard-right deputy prime minister Matteo Salvini as its star speaker. So, as Graff and Korolczuk make clear, growing homophobia and transphobia in Eastern Europe don’t have their origin in the “backwardness” of a region supposedly still blighted by decades of “communism” and so unable to advance into “enlightened modernity”. These ideas originate from, and are promoted by, networks of powerful people in the West. The Catholic church has consistently opposed equality for women and LGBT people, and Pope Francis – despite his undeserved reputation as a liberal – continues to do so. In Poland, the “anti-gender” movement has the additional function for the Catholic church of shifting public discussion away from child sexual abuse by priests, widespread in that country as elsewhere. Homophobic and transphobic claims are supported by the hard right internationally – as in the cases of Trump and Bolsonaro – which spreads its ideas through a well-funded and coordinated network of campaign groups and think tanks. These are the people, incidentally, with whom some British so-called leftists and feminists are aligning themselves.

What exactly are those hard right ideas, and why do many people find them credible? As Graff and Korolczuk make clear, a key factor in Eastern Europe is the experience of neoliberalism since the fall of the Berlin Wall in 1989. As they put it, “what most Poles and Hungarians hoped for in 1989 was [a] system akin to the Swedish welfare state of the seventies… What they got, however, was closer to the American model in the eighties” and the slogan “every man for himself”. Rather than Polish people experiencing the living standards of workers in Hamburg, Paris or London, over 2 million Poles emigrated in search of work. Multinationals set up factories in Poland, staffed by workers who were as educated as Western Europeans but paid less. Accession to the EU was part of this same picture. Countries such as Poland and Hungary were presented with the accumulated body of EU laws and told to enact them in their own states, including laws about LGBT equality. The European Commission didn’t consult with LGBT people in those countries about what they wanted and needed – these reforms happened over their heads.

It’s in this context, which the populist right describe as a kind of “colonisation”, that hard right ideologues make the claim in Eastern Europe that “gender” is being promoted by a corrupt international capitalist elite, who impose their ideas on innocent and authentic “ordinary” people, including the poor and the helpless. There is a remarkable cynicism in the way that such leaders, part of well-funded international networks, can claim to represent the disadvantaged. It’s much easier to understand why Polish or Hungarian workers might find these claims attractive. They have seen communities eroded and everyday lives become more unstable. Social forces they identify with stability – the nation and the “traditional family” where parents both control and protect their children – seem under attack. As Nicolas Bay, an MEP of the far right Front National, has put it, neoliberals “support fragmented individualist ‘nomadic man’ [as] only [an] economic actor who produces and consumes. We support a different vision of a man, not consumer but embedded in family… It is family that protects the weakest and old people.”

As Graff and Korolczuk explain, “the current attack on ‘gender’ would not be such a success if right-wing populism did not address the real needs and grievances of many families in Europe”. The other striking point here is that this is a populist politics, or claims to be such – anti-capitalist, for the many and against the few. It’s a right-wing populism – it favours only those “ordinary people” who come from “our” country and live in “traditional” families. But for those people, it provides a sense of legitimation. What’s more, in Poland the hard-right Law and Justice Party provides families with not just legitimation but hard cash. Since 2015, families are paid 500 złoty (about £93) each month for each child, government spending on childcare tripled between 2015 and 2018, and public spending on pro-family policies rose as a share of GDP by over two-thirds between 2015 and 2017. In Hungary, every married couple gets an interest-free €30,000 loan if the woman is aged 18 to 40 and pregnant, as well as subsidised loans to buy or build a house, and grants to buy a bigger family car.

This can seem an alarming prospect. We’re used to right-wingers like the Johnson government, who espouse pro-family and transphobic rhetoric but then attack actual working-class families, for example by removing the £20 Universal Credit uplift. The obvious response from the left is to point out they are hypocrites who don’t deliver – and that’s a harder case to make if a far-right government gives families monthly cash or an interest-free loan. But Graff and Korolczuk highlight that even in these situations, resistance is possible. In October 2016, for example, in response to a proposed ban on abortion, over 150,000 people took part in protests in 200 cities and towns across Poland. Protesters ostentatiously walked out of church services, challenging not only the government but also the Catholic church – previously identified with democracy and Polish national identity, but in the eyes of many protesters now with the abuse of women and children. This movement involved many working-class women and other “ordinary” people who had not been activists before, increasing their confidence to speak and campaign. Such protests mobilised righteous anger against distant political elites – but this was a genuine, grassroots, left populism as opposed to the fake right-wing variety with its concealed international links and financing.

Protests in defence of abortion rights took place on a similar or even larger scale in the autumn of 2020, after a major attack, so far successful, in the form of a legal ruling that the Polish constitution protected the life of a foetus. As Graff and Korolczuk comment, the 2016 protests formed part of the wave of women’s struggles that inspired the book Feminism for the 99 Percent by Cinzia Arruzza, Tithi Bhattacharya and Nancy Fraser – and they exemplify one of its key ideas, that rather than defending the “diversity” espoused by neoliberal corporations, we need a feminism integrated with struggles for economic justice and against racism, homophobia and transphobia. Likewise, the more campaigners for LGBT freedom in Eastern Europe seek help from their “powerful friend” in the EU, the more they inadvertently endorse right-wing claims, which a left populist approach could undermine.

Graff and Korolczuk’s book, all in all, is a valuable contribution to helping us understand our enemy as we struggle to build the movement we need. It can be downloaded for free here.

What could this moment of labor strife become if workers get more organized?