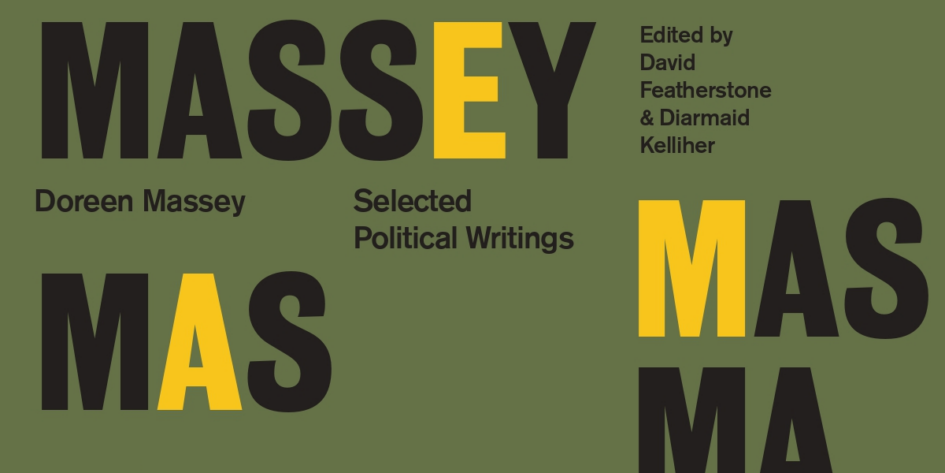 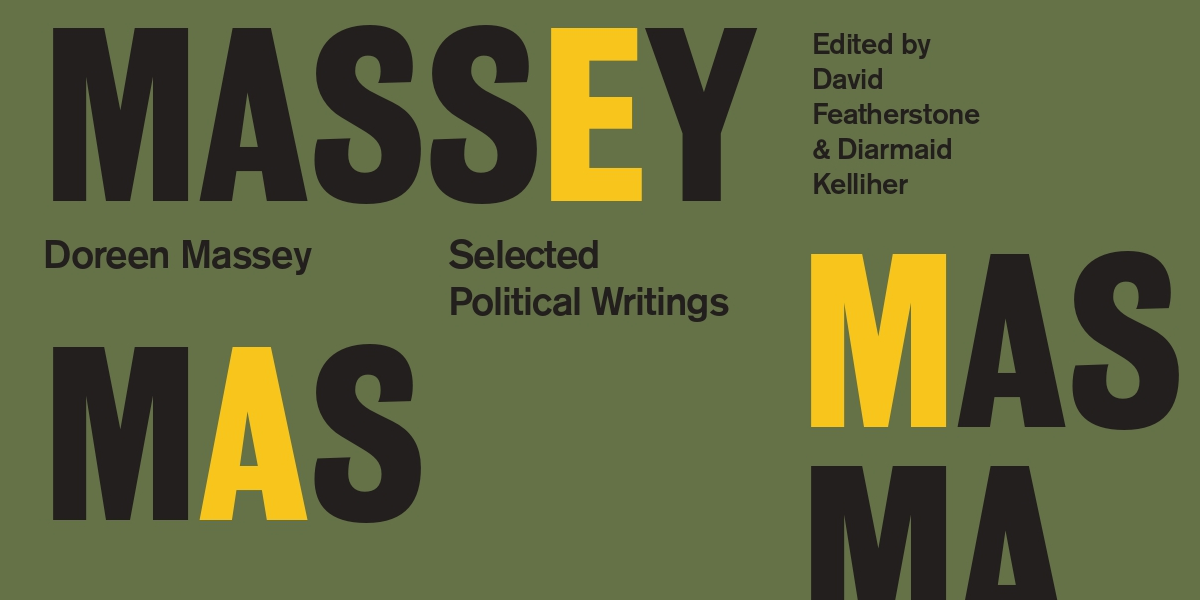 In 2013, Doreen Massey, Stuart Hall and Michael Rustin published the ‘Kilburn Manifesto’ in their journal, Soundings. It was a rallying call for a socially democratic alternative to neoliberalism. Hall died in the following year; Massey died in 2016. Rustin is still with us. From the vantage point of 2022, the hopes expressed in the manifesto that the left could achieve a wider popular base seem diminished.

Doreen Massey was the most influential radical feminist geographer of the late 20th century. Alongside her role as professor of geography at the Open University, she was a committed public activist of the New Left. This collection of her essays is edited by David Featherstone and Diarmaid Kelliher, human geographers at the University of Glasgow, who continue her intellectual legacy. It includes pieces from Soundings, Marxism Today and New Socialist, and articles for History Workshop Journal and other academic publications.

The Kilburn Manifesto is not included in this collection. But like it, on the surface, these essays can be read as historical products of their time. They are framed by the battles of anti-Thatcherite class politics. Some expressions about race and global development feel rather dated. The later essays are underpinned by deep disappointment with the rise of New Labour, not least its concessions to neoliberalism. The final essay in the collection from 2016, ‘Exhilarating times’, enthuses about the possibilities created by Jeremy Corbyn’s accession as Labour Party leader in 2015. Reading it now firmly situates this collection as an archive fixed in time.

Despite this, Massey remains relevant. I read this collection in June 2022, during the week of strikes by the RMT railway workers’ union. The straight-talking manner of the RMT’s general secretary, Mick Lynch, seemed to take many by surprise, his directness standing out in contrast to the usual obfuscation of politicians and journalists. The commentary on Lynch’s performances revealed how distanced many people, especially in the media, now are from traditional shop stewards. Trade union activists have always talked like that. Apparently, Google searches for ‘join a union’ peaked immediately after Lynch’s media appearances. It felt nostalgic, almost. Not everything had changed irrevocably since Massey’s early activism.

Massey was interested in understanding the effects of the neoliberal state and economy. She examined them as an academic, and then proposed solutions as a New Left activist. As a Mancunian living in London, she acutely analysed the north-south divide. Tory austerity, the effects of globalisation and migration, and resistance through collective action – the key themes of her work – are never far from the reality of today.

A trio of articles written for Marxism Today in the 1980s unpick the regional inequalities wrought by neoliberal capitalism. Their analysis of Thatcherite economics speaks again to contemporary debates about the Johnsonite government’s rhetoric of the ‘Northern Powerhouse’ and ‘levelling up’. In her 2013 essay, ‘Vocabularies of the economy’, Massey was concerned with how neoliberal elites used language as a tool. She despaired at the branding of competition as ‘free choice’ in the NHS and education, whereby the Conservative government manipulated the electorate into accepting the erosion of the post- war welfare state.

Massey’s essays about the 1984- 85 miners’ strike were influential, particularly on how geographers and sociologists understand the formation of social movements. The miners were involved in a ‘traditional’ industrial dispute. They represented the white working-class heritage valorised by the labour movement and the old Labour Party. But Massey saw something broader. For her and her co-writer Hilary Wainwright, the strike became a modern socio-political movement. The support groups of women, black and Asian communities, and Lesbian and Gays Support the Miners, together formed a much broader base of marginalised people than simply class or occupation. Massey and Wainwright identified what later became more widely known as intersectionality.

Massey’s geographical thinking was also innovative in its rethinking of the relationship between space and time. She was deeply influenced by the conjunction of social change at particular periods in particular places. A turning point was her year’s stay in Nicaragua in 1985 to research at the Institute for Economic and Social Research. Massey supported the Sandinistas’ project to build a democratic socialist alternative around education, healthcare and gender equality. She reflected on the experience in an essay for radical geography journal Antipode in 1986. An editorial in Soundings, ‘Learning from Latin America’, in 2012, considered the Bolivarian revolution in Venezuela.

Massey had to tread carefully about the less utopian activities of the Sandinista and Chavez regimes. As with her essays on the travails of the Labour Party, her aim was ‘to turn defence into positivity’. So she strove to learn how to apply the tactics of gaining mass support to encourage a populist socialist movement at home. She saw this possibility first in Ken Livingstone’s Greater London Council of the 1980s and his later mayorship of London, and then in the campaign for Corbyn’s leadership of Labour in 2015. Corbyn’s ascension was in her view a point of rupture in left politics. Massey was less focused on his personality, as many of the analysts of the phenomenon of Corbynistas were, and more concerned with what his leadership offered for a renewed left political space.

Massey also rethought the connection between the local and the global. Her writing on ungentrified Kilburn in north London, where she spent most of her adult life, exudes pride in its panoply of cultural and ethnic heterogeneity. In History Workshop Journal in 1995, she took a theoretical stand against the American Marxist geographer David Harvey, who was sceptical that ‘place-bound’ struggles could ever be the basis for the construction of radical politics. Massey believed that ‘place-based’ was a better term. Being rooted in place did not hinder solidarity with global protest movements. Reflecting on the protests in Seattle against the World Trade Organisation in 1999, Massey argued that ‘the question of globalisation should not be posed as one of local versus global’. A globalised economy was detrimental to workers’ rights, but global interconnectedness could nevertheless forge new social movements.

Doreen Massey’s essays were full of hope. She proposed solutions, and ways in which a more populist form of left politics could defeat the hegemony of neoliberal capitalism. It is this positive sense, that something must and will change, that speaks to us today.

Katrina Navickas is a historian and author of Protest and the Politics of Space and Place, 1789-1848

“Laziness is a virtue”: Doreen from r/antiwork takes on Jessie Watters

From the Writings of Raya Dunayevskaya: Automation and the New Humanism

From the Writings of Raya Dunayevskaya: Absolute Idea and self-liberation