Review – Falling Down: The Conservative Party and the Decline of Tory Britain by Phil Burton-Cartledge 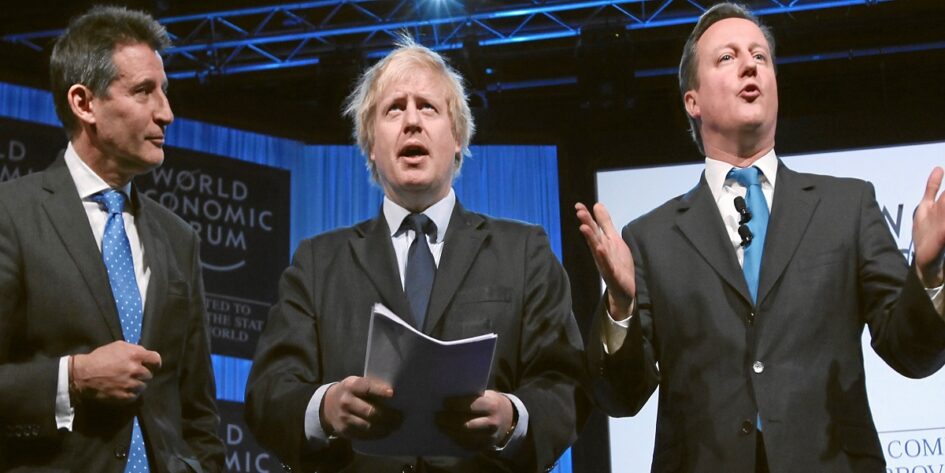 In Falling Down, Phil Burton-Cartledge, a Sociology lecturer at the University of Derby, argues that the Tories, although to date one of the most electorally successful parties in the world, can no longer claim to represent the British people and are therefore on the path to terminal decline.

Burton-Cartledge takes his readers on a journey that starts with Margaret Thatcher and ends with Boris Johnson, illustrating how Britain was shaped by different incarnations of the Tory Party – but also how the party was shaped in turn by the people that make it: its ordinary members, voters, and most significantly, its leading elite.

If we understand our civil society, our economy, and our governing institutions as networks of social relations, then it is essential to grasp what kind of people make up the Conservative Party’s base. This allows us to analyse political parties (and the state) not just as static, but as ever-evolving, moving expressions of a struggle between different interest groups and social classes. The Conservative Party never just represents ‘one’ ruling class, but rather negotiates within itself the sometimes contradictory demands and needs of various dominant classes. To secure its domination, this process must eventually extend to including new societal groups that might have previously turned their nose up at the party.

It’s a dialectical process: reforms the Conservatives might carry out in government lead to certain groups in society reevaluating their priorities, needs and fears, which then in turn influences what the party does. Some might start to vote Conservative because they have helped them onto the property ladder or created a new industry in which they find work. They might remain loyal because they trust that the Conservatives can guard their property interests or ensure economic stability. But in return, as they become part of the Tory coalition, they bring in fresh demands that might conflict with those already in the fold. The Conservative Party’s success thus far is grounded in an ability to successfully carry out this mediation whilst striking down societal dissent, and with it secure the survival of the capitalist mode of production that forms the basis of the British economy and nation state.

Burton-Cartledge’s theory of decline is rooted in the contradictory long-term effects of Thatcherism. Thatcher’s move towards privatised individuality led to a decline in traditional civil society institutions that reproduce social conservative values. At the same time, her premiership saw an expansion of property ownership, the centralisation of state power within the executive, and mass market consumerism. As Thatcher attacked the country’s industrial base and labour movement organisations, the British economy became increasingly financialised, service-focused and based around alienated labour.

And herein lies the contradiction: Burton-Cartledge argues that a service-focused economy meant that employees encountered more people from diverse backgrounds and, combined with the need to develop certain social skills to work in this sector, social liberalism was on the rise. At the same time, the privatisation of leisure and decline of traditional institutions meant people were less exposed to organisations that reproduce conservative values. Therefore, social liberalism has emerged as the ‘common sense’ position which is ingrained in the logic of capitalist production today. Consequently Burton-Cartledge concludes that younger voters will simply not be attracted by the party of the ‘culture wars’.

Burton-Cartledge argues that limited options for property ownership among the young is another factor in why they will be less likely to become more conservative as they get older. The experience of property ownership is said to mainly benefit Conservatives, but because another part of their coalition – elderly pensioners who own property and landlords who benefit from higher asset prices – they cannot just increase housebuilding or subsidise mortgages.

This ‘Generation Left’ framing is popular among some Corbyn-supporting academic networks, of which the author is part. Some grassroots activists, too, particularly around renters’ rights and climate change, might risk taking a permanent leftward shift among Generation Z and precarious Millennials for granted. But a generational framing, or at least one that argues our experience of class is greatly mediated through the prism of age, has obvious stumbling blocks.

Lockdown and the left

Housing activism has taken a prominent role in the post-Corbyn landscape, which has seen  some left activists desert the Labour Party and turn instead towards community activism and renters’ unions. The Covid-19 pandemic undoubtedly heightened people’s consciousness when it comes to housing inequality. Many young people were locked into inadequate housing with their flatmates from where they had to work from home whilst their bosses enjoyed their home office from their holiday residence.

But the disparity of experiences was not just between the old and young. Other groups were not awarded the comfort of working from home at all, but had to carry out their retail or precarious gig economy jobs to keep the stay-at-home middle classes fed and watered throughout lockdown. These frontline workers, and many elderly people in care homes, were among the first casualties of the pandemic, and the government did very little to support them. On the other hand, some young professionals in full employment throughout the pandemic were able to save money due to working from home – which now enables them to get on the property ladder, probably years before this would have been a possibility.

Inheritance further complicates the picture. Some young people from a middle-class background will, similarly to their working-class peers, experience a degree of precarity and uncertainty. But once they inherit property or money, their fortunes will be changed – not by political interventions or a restructuring of the wider economy that will benefit their generation as a whole, but due to their personal class circumstances.

Beyond the corridors of power

The polarised experiences of Covid-19 might give voting coalitions another shakeup. Burton-Cartledge acknowledges this possibility in the book’s postscript, but seems to attribute it to the lack of opposition and scrutiny of government from the Labour Party. To attribute the persistence of the shapeshifting Tories purely to the strategic shortcomings of those at the top of parliamentary politics misses the opportunity to really get under the skin of those varying coalitions that support Conservative politics today and in the future.

Unfortunately, despite critically remarking that a majority of what has been published about the Conservative Party focuses on Tory grandees, Burton-Cartledge himself increasingly departs from an analysis of grassroots activists and voters, towards the corridors of Westminster. This is rooted in a Milibandesque understanding of the political party and state power: Burton-Cartledge argues in his introduction that the focus on the Tory elite is justified because it is those powerful networks, rather than voters or members, that hold the cards and determine strategy, given the lack of internal party democracy or accountability outside of election time. But this point of view risks neglecting the underlying dynamics of a party that has shown its capacity to adapt.

Falling Down provides a useful overview of Conservative politics throughout the decades since Thatcher, and of the leading political actors that have shaped Britain. It also offers a starting point for those interested in understanding who the people are that support the party today. However the limitations of the generational framing, and its focus on leading elites, means it sadly falls short of producing a convincing argument of terminal Tory decline, which Burton-Cartledge seems to be aware of himself: the book concludes with the admission that ‘no one got rich betting against the Tories’.

Falling Down: The Conservative Party and the Decline of Tory Britain is out now from Verso Books

Sabrina Huck is a freelance writer and activist based in London.