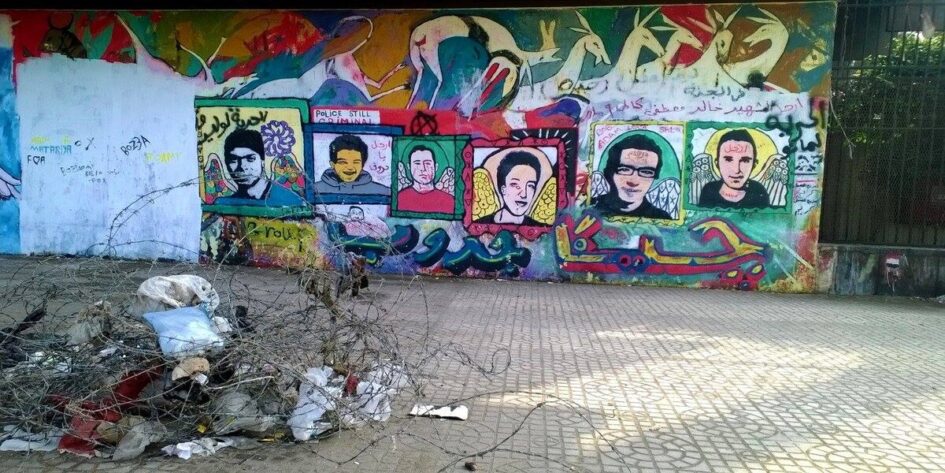 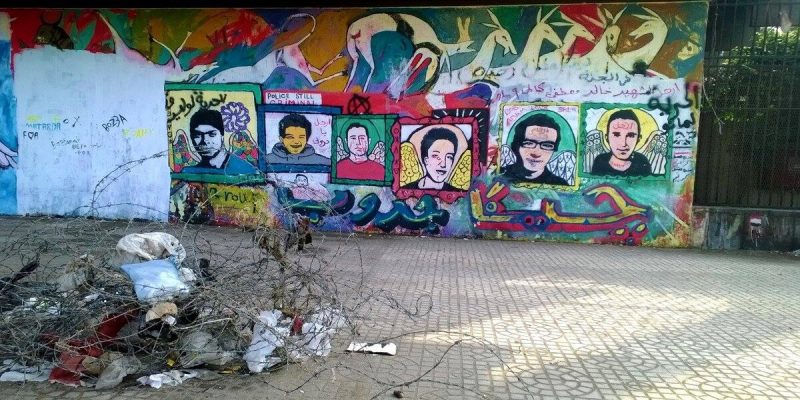 Alaa Abd el-Fattah has spent most of the past eight years in detention in Egypt – most recently as a ‘captive’ rather than a prisoner, since prisoners are at least accorded the courtesy of knowing why the state believes they are dangerous and must be incarcerated.

As Alaa notes, in his case he is left to guess at the exact motives of his kidnappers. Of course, as a leading figure during the revolutionary uprising in 2011, whose father also spent many years in jail for his left-wing activism, the general reasons for his punishment are easy to deduce – but the sheer level of vindictiveness on the part of the authorities remains hard to fathom.

Alaa is not alone in experiencing the very personal attention of General Sisi’s regime. Some of the characters who share the pages of this book are, like Alaa himself, well-known activists, whose punishment has been decreed by the authorities because they came to symbolise and articulate the hopes of a generation who wanted a different Egypt, one not scarred by social injustice and the violence of the state.

In shouted or whispered conversations between their cells, they continue to talk to each other, and find courageous and imaginative ways to address the world. On the third anniversary of the 2011 uprising, Alaa and Ahmed Douma published a long, lyrical reflection on hope, despair and revolution co-composed by shouting back and forth during the night between their cells, separated by a long corridor.

The ways in which Alaa’s voice reaches the outside world underscore the fatuousness of some of the claims made in the wake of the 2011 revolution that digital platforms and technologies had somehow played a causal role in the uprising. As a pioneer blogger, software developer and ‘technologist’, Alaa is well aware that these new means of communication are means, not ends or causes. Banned even from reading government newspapers most of the time, and forced to rely on scraps of information passed on by word of mouth when in prison, he is shocked by the banality of social media conversations in his brief moments back online in between spells in prison.

The ideas that animate the early writings in this collection are rooted in a belief in the abilities and power of ordinary people to govern themselves and to govern the state – if they are given the chance. The book opens with a reflection on lessons from the South African struggle, and in particular the way the African National Congress mobilised thousands of participants to collectively write the Freedom Charter in 1955.

But the configuration of opposition organisations in Egypt is radically different to that in South Africa. By far the largest and best-organised currents are Islamist, rather than nationalist. Alaa was on the receiving end of repression from the Muslim Brotherhood-dominated government that was overthrown by the military in 2013, earning him the ‘honour’ of having been detained by every regime to rule Egypt since his birth.

National parliamentary and presidential elections held during 2011 and 2012 brought in an Islamist government and Mohamed Morsi, the candidate supported by the Muslim Brotherhood narrowly won the presidency in June 2012. Just over a year later, following mass protests calling for new elections, the military, led by defence minister Abdelfattah el-Sisi, seized power, carrying out a series of massacres of the Brotherhood’s supporters.

While he remains a trenchant critic of Islamism, Alaa’s later writings in this collection begin to make the case for unity spanning the ‘four points of the political compass’: Islamists, socialists, liberals and pan-Arab nationalists:

‘Our current tragedy stems from the notion that it is possible to exclude one of the four points of the compass… All four corners are represented in the coup’s prisons today. So is it time to experiment with unity? And what does it take to fully represent the people?’

The key question is how to achieve the space to work out that unity in practice under the suffocating grip of a regime that lashes out at every perceived threat to its power, breaking bodies and minds in the process. In shouted and furtive conversations, collective singing and educational programmes, the prisoners themselves have already begun to experiment in dialogue across these political divides, united by their common suffering at the hands of the authorities.

Alaa is scathing about the idea (beloved of his prosecutors) that this constitutes ‘leading the movement’ from prison. What is more urgent for him is the creation of a small space for the movement outside to breathe, even if it is one that has to be crafted inside the existing political system. Using the platform of his statements to the prosecutor, he outlines a series of potential concessions by the regime – such as abiding by the terms laid out in the constitution it championed in 2014, allowing a degree of electoral competition, and relaxing the fevered, nightmarish domination of the security forces over the entire political system.

So far, attempts by opposition activists to test the regime’s willingness to allow even a marginal space for mild dissent have prompted further spasms of security paranoia. The ‘Hope Project’, an embryonic effort to put together an electoral platform articulating calls for reform, was labelled by the regime as an exercise in ‘economic terrorism’. The activists who supported it are now detained in Tora prison, including former MP Zyad el-Elaimy, and journalists Hossam Moanis and Hisham Fouad, facing endless recycled bogus charges.

There is a real danger that the degradation and misery of the prison system will achieve the purpose it was designed for: to extinguish hope in the minds of the prisoners, or finally break their bodies. The Alaa of these pages remains hopeful despite the pain – the last piece in the collection is a long reflection on what solidarity with the Palestinian struggle means to him, prompted by the news of the ‘unity intifada’ that defies Israeli repression. But, like so many other detainees, he is also in mortal danger – as his family have warned after he recently spoke of killing himself.

The most important message in the book for those of us outside prison, including outside Egypt, those who ‘have not yet been defeated’, is that what we continue to do in solidarity and in hope still matters. That means speaking out against the support our governments give to Alaa’s jailers, such as the endless arms sales that confirm al-Sisi’s regime’s immunity from accountability for its atrocities.

It means not forgetting that solidarity with Egyptian activists who continue to resist this regime – whether in prison or out of it – has to continue through the darkness of counter-revolution and cannot be confined to the ecstatic, sunlit phases when the popular movement is rising. Above all, it means not giving up on the capacity of ordinary Egyptians to bring about political and social change that matches the ambition to make the world anew that we saw in 2011.

Anne Alexander is director of the learning programme at Cambridge Digital Humanities. You Have Not Yet Been Defeated: Selected Works 2011-2021 is out now from Fitzcarraldo Editions

This article first appeared in issue #234, ‘Technocapitalism’. Subscribe today to get your copy and support fearless, independent media.

Military knows it looks bad but works with neo-Nazis anyway

On the road of Ilyich: The name and works of Lenin will live…

Yet another contradiction of capitalism