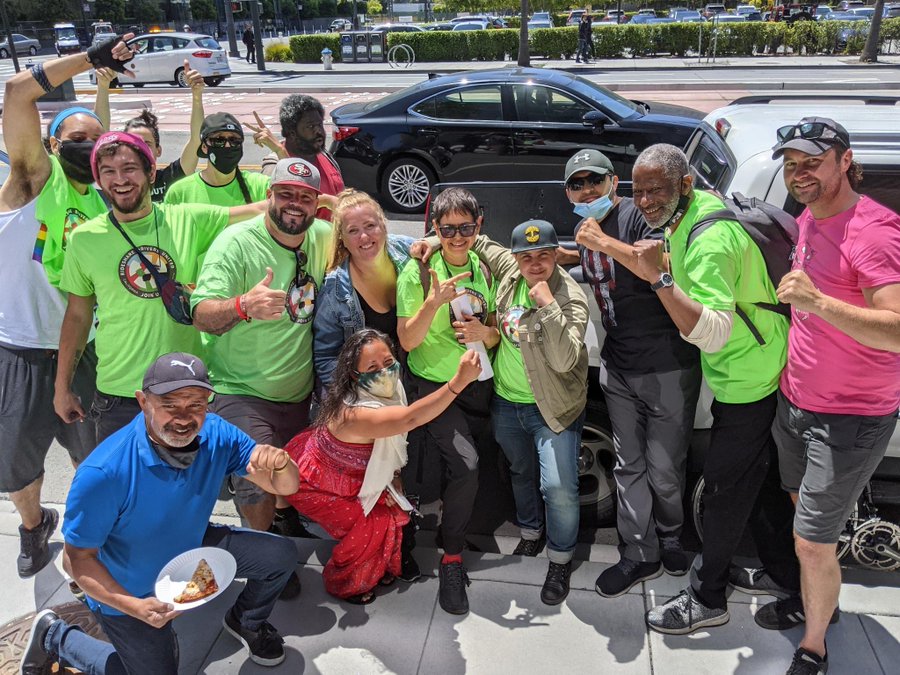 Drivers and passengers for the ridesharing apps Uber and Lyft declined to use their apps for 24 hours on July 21. Earlier strikes were centered in California, but this one spread to a dozen other places: from Atlanta to Philadelphia, Chicago to Austin, Texas.

Many of the drivers and their supporters attended rallies in these cities to demand better compensation from the app-based employers and for the U.S. Senate to pass the Protect the Right to Organize Act.

In addition to facilitating the formation of unions among workers in all industries, the bill’s passage should enable rideshare drivers to access benefits as employees, enforceable at the federal level.

Over the summer, as the public became more comfortable congregating and traveling, they’ve returned to using the apps, but the drivers not as much. Riders are paying exorbitant fares, while the portion of their payment that trickles down to drivers has not risen at all. On the contrary, drivers in Los Angeles, to take one example, saw their per-mile compensation fall from 60 cents to 32 cents.

The app companies brag that their drivers make $20 an hour or more before costs, but only count the time driving a passenger, not the driving time to pick them up, nor time doing the required cleaning of the vehicle after each passenger, nor time spent in search of a public restroom, nor delayed dispatch time when they sit idle but are ready to work.

Esterphanie St. Juste of Los Angeles is a driver-organizer who stopped driving rideshare when the pandemic started. She told the Los Angeles Times: “You’re worth 32 cents. That’s what [Uber/Lyft] are saying. And I’m not in any rush to go work for a company like that.”

Large trucking companies are teaming up with Bridgestone, Locomation and Kodiak Robotics to inaugurate test runs of “Autonomous Relay Convoys” (ARC). In an ARC, an autonomous truck is programmed to follow a human driving a leader truck.

Another human driver is expected to manually drive the follower truck from the depot to the highway, then log off and rest as the automated system takes over. During the tests, specialists will be riding along and monitoring the system.

These test runs will carry freight between Houston and Fort Worth, and between Pittsburgh and Chicago.

Although the overall volume of trucking freight has seen a relatively sluggish recovery this year when compared to rail, ship or pipeline, the cargo price still shot up to a record-breaking $2.69 per mile in May. The American Trucking Association chalks this up to tight capacity—the lack of drivers. As old truck drivers retire, young ones are not attracted to the career. They are not attracted because of the declining, lousy wages offered.

As interstate commerce is usually exempt from state-level minimum wage laws, driver wages (often paid by the mile) have been known to dip to an effective rate as low as $9.00 an hour. Raising the federal minimum wage significantly above that level could boost driver retention rate and attract new drivers, which could indirectly confer savings in freight cost to companies that need to ship products.

Trucking companies believe the success of automation will relieve driver shortages. However, these are often the same companies that don’t want their own workers to get a raise. They’d rather invest in robots: dead labor, constant capital.

Fight them on the beaches