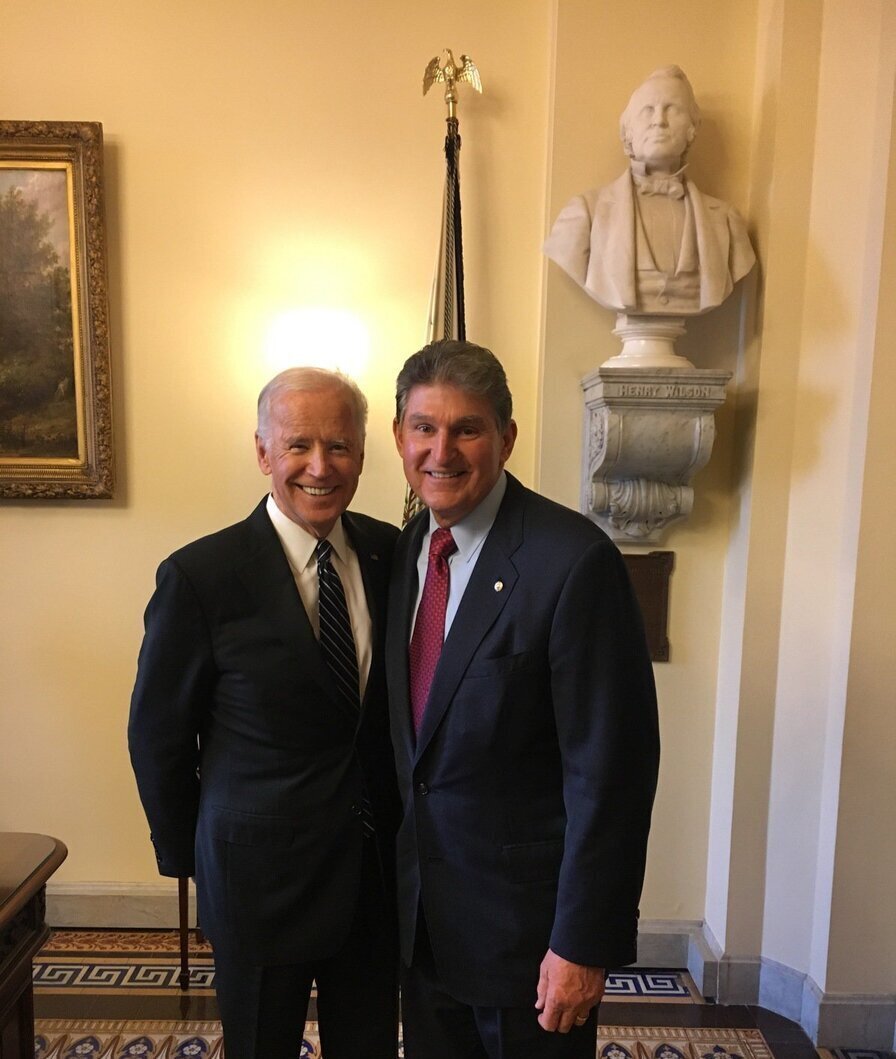 Right-wing Democrats in Congress remain determined to kill some of the most important measures included in the Biden administration’s social program budget as the self-imposed deadline of October 31st to reach an agreement approaches. Biden and the Democratic Party leadership has already conceded that the $3.5 trillion of funding that was initially proposed — which included funding for clean energy, free community college, paid family and sick leave, and tax increases on the hyper-wealthy and corporations — will be whittled down to around $2 trillion. Biden has reportedly agreed to reduce the duration of the child tax credit extension, eliminate free community college, drastically reduce paid leave, and make cuts to housing assistance. Even so, Democratic right wingers like Senators Joe Manchin and Kyrsten Sinema have still refused to support the plan.

The main objection that Manchin has voiced is to the Clean Electricity Performance Program, which is the largest component of the climate-related provisions aimed at reducing carbon emissions. Biden has pledged to reduce U.S. emissions by 50% of their 2005 levels by 2030, and the CEPP is the core of his plan to do so. Without it, making any kind of significant reduction to emissions becomes much less likely.

Manchin has stated that he opposes the plan because it is “unnecessary.” Meanwhile, across the country people are being devastated and communities are being ravaged due to the climate crisis, including in his home state of West Virginia from intensified flooding. From more frequent and severe hurricanes to wildfires that get worse every year to historic heat waves across the Pacific Northwest, people are already suffering the effects of climate change — and dying from them.

Despite the significance of the CEPP, some Democrats in the Senate are already downplaying its importance in favor of the narrower Clean Energy for America Act. However, Manchin has yet to take a position on the CEAA, meaning it’s entirely possible that he will decide to oppose that too.

Another main opponent of the social spending plan is Arizona Senator Kyrsten Sinema, who is fighting against proposed tax increases on the rich and corporations. The proposed tax increases would provide hundreds of billions of dollars to put towards the initiatives in the social program plan. But rather than fight for the needs of the people, Sinema is selling out the working class and prioritizing the profits and greed of corporations and the rich. She has also opposed another source of funding for the bill — the plan to reduce pharmaceutical drug prices paid by Medicare. She has been richly rewarded with donations from big pharma.

The role played by Manchin and Sinema, along with their fellow Democratic Party right wingers in the House of Representatives, is disgusting. However, it’s also important to note the role Biden and the rest of the Democratic Party leadership is playing in this. Rather than fight back against Sinema and Manchin’s willful attempts to throw the working class under the bus, the administration has enabled their behavior by engaging with them on friendly terms, taking part in secretive “negotiations” behind closed doors that ultimately end in capitulation.

Biden has a number of tools at his disposal to discipline the handful of obstructionists in his own party. This includes denying them campaign money from the party’s national fundraising apparatus, kicking them out of committees in Congress, and a blanket refusal to consider legislation they propose. If the forces around the Congressional Progressive Caucus called for marches, sit-ins, and other mass actions, huge numbers of people would be willing to add to the pressure. Instead they have instead focused on “resolving their differences” and “finding common ground,” which is just code for moving to the right. There is an urgent need to change course to save the programs the working class so badly needs.

There’s more riding on Democrats’ budget battle than you think