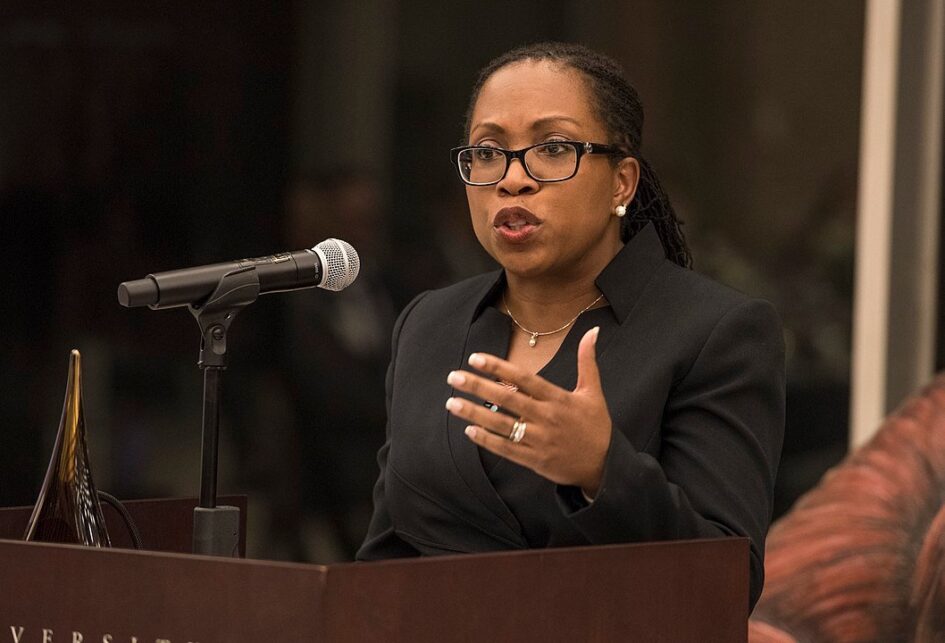 The confirmation hearings for Supreme Court nominee Ketanji Brown Jackson have now concluded, with a final vote expected soon. Jackson, who would be the first Black woman to serve on the Supreme Court, was subjected to outlandish attacks by Republican senators. Many of them rejected Biden’s pick before it was even made based on their opposition in principle to his commitment to nominate a Black woman. This opposition showed throughout the week, with conservative senators including Josh Hawley, Marsha Blackburn, Tom Cotton, Lindsey Graham and John Cornyn hurling ridiculous, racist accusations at Judge Jackson every chance they had.

In a veiled appeal to the far right conspiracy theory and political movement QAnon, Hawley, Blackburn and Cruz made baseless claims that Judge Jackson is “soft on crime”. They insinuated, based on her sentencing in a single child abuse case, that she sympathizes with child abusers. The claim that Black nominees are “too lenient” when it comes to sentencing isn’t new – it’s a racist tactic that has been used to discourage the appointment of Black judges to the Supreme Court since the nomination of Thurgood Marshall as well as to reinforce the system of mass incarceration.

Perhaps the most obviously racist of the dog whistles that were flung at Jackson were based on her purported support of critical race theory. CRT is an academic framework for understanding how racism is built into the structures of U.S. society, mostly taught to graduate students. But in the propaganda of the right wing, all accurate teaching of the history of racism in the United States or the incorporation of any type of anti-racism into elementary and secondary education is given this label.

The Republican senators’ entire argument is that Jackson supports CRT due to the fact that she sits on the board of a private school that incorporates some anti-racist themes in its curriculum. The only reason that “critical race theory” was brought up in the hearings is because Jackson is a Black woman, and the right wing is determined to oppose her confirmation not based on any objections to her qualifications or record but simply because of her race and gender.

A third attack line against Jackson was that she said that acts presided over by former president George W. Bush and former secretary of defense Donald Rumsfeld against four detainees at Guantanamo Bay – who were being held without charges – constituted war crimes. The numerous crimes against humanity that the U.S. government committed at the order of Bush and Rumsfeld – including the torture and inhumane treatment of the detainees that Jackson was writing about in a legal filing at the time – absolutely qualify them as war criminals.

Despite Republican opposition, it appears likely that Jackson will be confirmed by the Senate. But regardless, right-wing justices will still hold a two-thirds majority on the Supreme Court. Her confirmation will simply mean that retiring liberal judge Stephen Breyer will be replaced with another liberal judge. Moreover, the Supreme Court is not an institution of justice, and it is unable to effect the radical changes we need in order to build a better world in which white supremacy, patriarchy and all other forms of oppression are smashed. Still, it is vitally important to recognize the vile, racist attacks against Judge Jackson for what they are, and to denounce them as such.