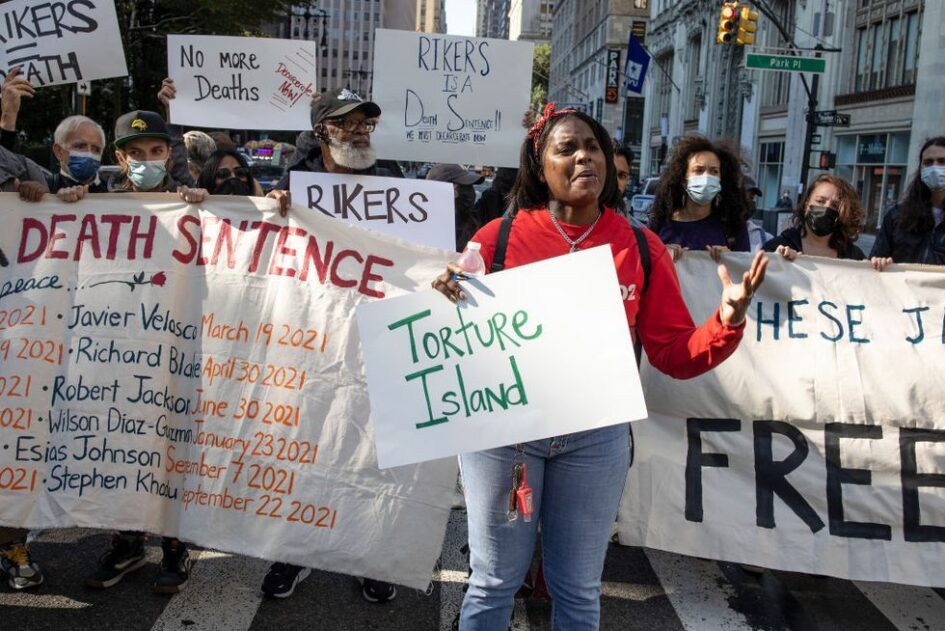 In a desperate move in the midst of a raging COVID-19 infection, 200 prisoners at Rikers Island, New York City’s jail complex, went on a hunger strike Jan. 8. Citing dangerous and unsafe living conditions exacerbated by an unending COVID-19 quarantine, prisoners, all of whom are pretrial detainees, are refusing to eat any food provided by the Department of Corrections. (New York Times, Jan. 11) 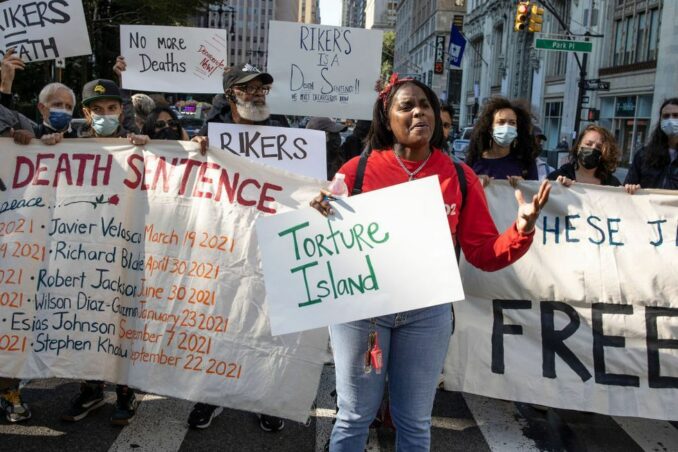 COVID-19 rates have recently skyrocketed at Rikers, and over 370 prisoners have tested positive. Additionally, less than one-half of the jail population has been fully vaccinated for the virus.

Rikers prisoners have given media interviews since they began the hunger strike. One prisoner, Nelson Pinero, said that his sleep is often disturbed by mice and water bugs crawling over him. Prisoners complain that they have not been allowed outside of their cells for weeks.

Jail officials admit that staffing shortages due the COVID-19 pandemic have created an unsafe environment inside the jail, which houses over 5,400 pretrial prisoners.

Charges of inhumane and unsafe conditions are nothing new for the Rikers Island jail complex. Human rights and legal organizations such as the Neighborhood Defender Service of Harlem, the New York Civil Liberties Union and Legal Services have documented life-threatening conditions for years. Family members and prison abolitionists have tirelessly engaged in campaigns to close Rikers Island.

In March 2021, legal advocates delivered a scathing statement protesting overcrowding at Rikers and documenting the inability of the jail to provide social distancing and adequate PPE for its incarcerated population. The attorneys were responding to a Board of Corrections report about three COVID-19 deaths and the continuing horrendous conditions inside the jail.

Last month, a Supreme Court Judge in Manhattan ordered the release of a prisoner who had been forced to participate in a “Fight Night” at Rikers Island. Prison guards have been allowing some prisoners to set up planned fights at the prison. According to a recent report, Rikers guards just stand there and let the fights happen. The judge charged the prison system with “deliberate indifference” for failing to protect the prisoner who was held pretrial at Rikers. (New York Times, Jan. 12)

Rikers Island should be shut down. It is endangering the lives of incarcerated people who have not even been sentenced to prison. In October 2021, more than 23 community organizations and advocacy groups called upon the City of New York to “decarcerate” Rikers Island. (Vera Institute for Justice, Press Release)

All over the country, prisoners, rights groups and family members are calling for mass releases of elderly and immunocompromised people due to the pandemic. Rikers Island is a concentration camp for the poor, particularly Black and Latinx people facing trial, which should have been shut down long ago.

The heroic prisoner hunger strike continues as we go to press. Eyes on You has issued a short list of demands on behalf of the striking prisoners. “Release everyone from all jails immediately. Pending release, Eyes on You demands access to any NYC jail facility of our choosing with one hour’s notice. No new admissions in 2022.”

Workers World salutes the efforts of the Rikers prisoners and their outside advocates for justice. To get involved in the campaign to support the hunger strikers, contact New York City Jericho. (www.jerichony.org)

‘We want Rikers closed and no new jails in its place!’

Why Julian Assange’s inhumane prosecution imperils justice for us all