‘Rising Together’ rally for solidarity 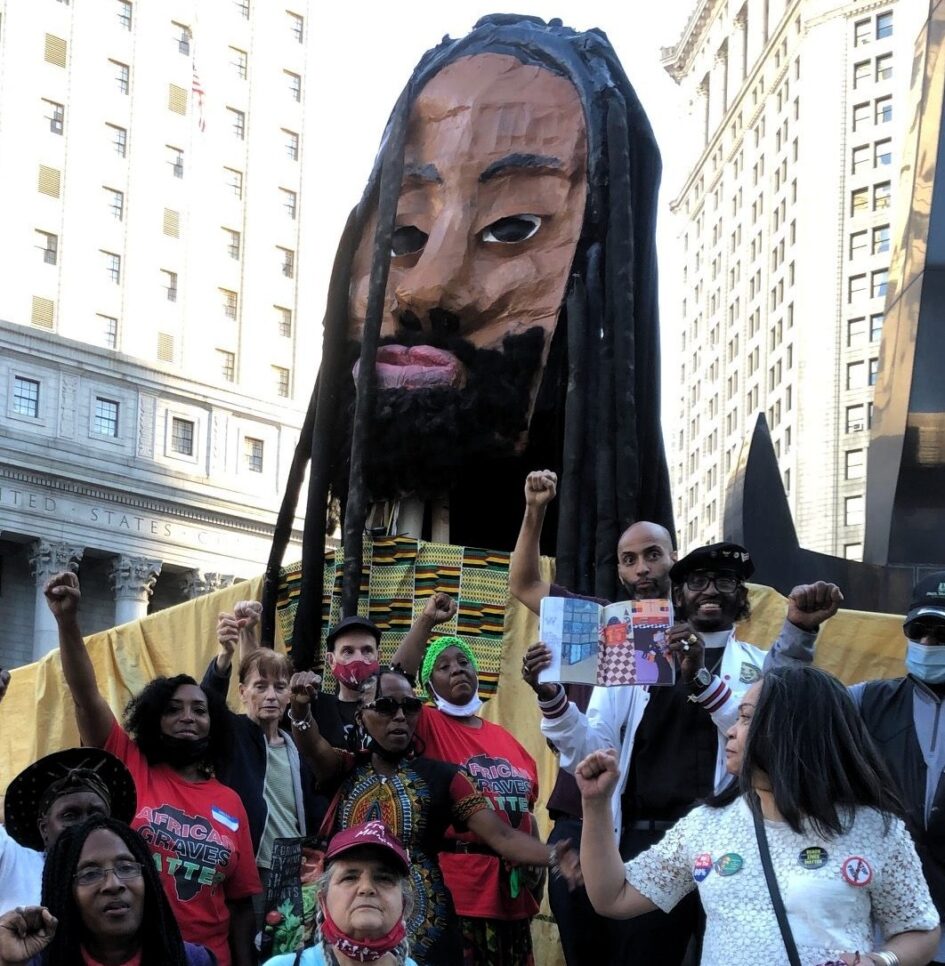 A giant 18-foot-tall paper-mache puppet of Mumia Abu Jamal was the centerpiece of  the“Rising Together” rally held Sept. 19 at Foley Square in New York City. — Photo and caption by Sara Flounders