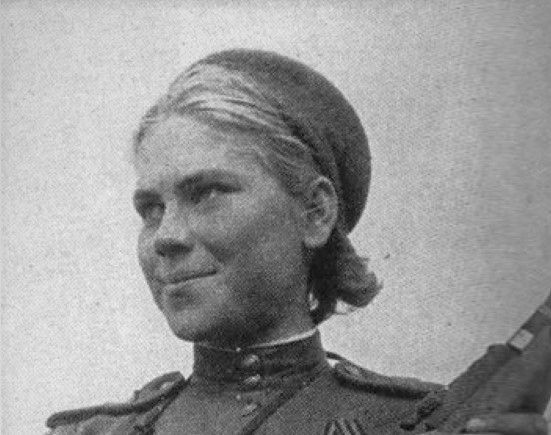 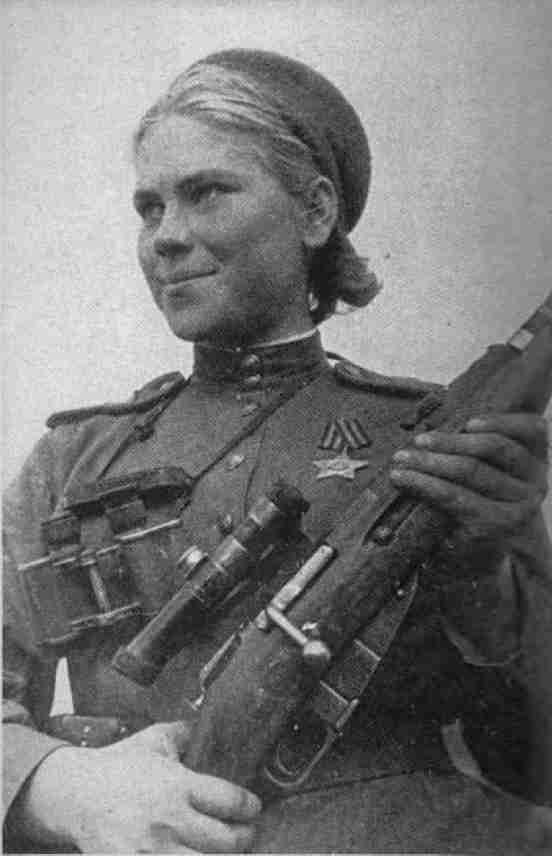 Roza Shanina, born 3 April 1924, grew up in a large working class family in a small town outside of Arkhangelsk. Her parents had named her after the great revolutionary Rosa Luxemburg.

Dedicated to learning as a child she walked several kilometers every day to attend school and, at age 14, is said to have left home against the wishes of her family to walk 200 kilometers to a train station so she could go to the city to continue her studies.

At the time war began she worked at a kindergarten.

Three of her five brothers died early in the war and in 1943, after having asked to enlist several times, she trained as a Red Army sniper. In April, 1944 she went into action for the first time.

Over the course of the next year Shanina had a confirmed 54 kills despite being seriously wounded at one point. She also captured enemy troops on several occasions.

She always demanded to be at the front and at one point was reprimanded for going to the front to fight against orders. It is said she wrote to Stalin to ask to be allowed to go back again.

In January, 1945 as the Red Army advanced into East Prussia she was granted permission to fight at the front. As she had achieved considerable fame in both the USSR and abroad her commanders feared for her and asked her to return to the rear.

She famously said “I will return after the battle.”

On January 27, 1945 Roza Shanina was seriously wounded by shell fire. She died the next day.

Celebrated and awarded honours before and after her death, her memory faded for a time until her war diaries were published in 1965 and became a Soviet bestseller. She became, again, renowned for her actions and sacrifice.

Roza Shanina, hero in the battle against fascism.