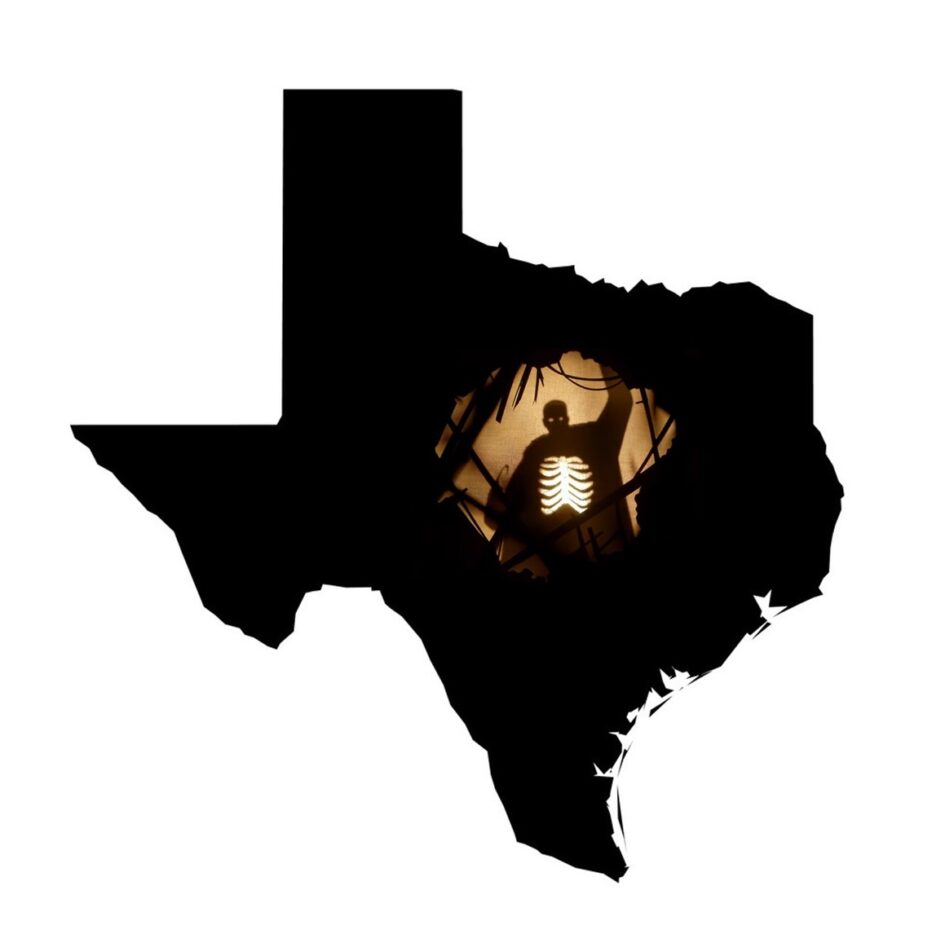 I watched Jordan Peele’s Candyman last Thursday night, and it freaked me out.

Especially as a Texan.

Can acts of injustice curse a place? Can acts of monstrosity—as Peele et al. suggest—stain a community? A quasi-sequel to the 1992 film of the same name, Candyman explores the affirmative answer to these questions. And that’s what scares me.

Over the last several years I’ve researched and written about numerous acts of injustice and monstrosity in Texas. And, no, monstrosity is not too strong a word. In 2014, The History Press published my second book, The 1910 Slocum Massacre: An Act of Genocide in East Texas. It explored the history behind a wholesale slaughter of African Americans that occurred just south of Palestine, Texas in the early 20th century. The number of casualties far exceeded those of the Rosewood Massacre in Florida in 1923, and rivaled those of the Tulsa Race Massacre in 1921. And hardly anyone in Texas had ever even heard of it. In 2015, I followed the Slocum Massacre book up with Black Holocaust: The Paris Horror and a Legacy of Texas Terror, released by Eakin Press. The term “Holocaust” was too strong for my first publisher, and probably too controversial in general, but I felt I owed it to the subject matter. Between 1861 and 1933, over forty black men were burned at the stake in Texas. And not like the witches that were burned at the stake in Salem, Massachusetts—because that never happened—but like real, living, breathing human beings (and fellow Texans) burned at the stake, often in front of cheering white folks.

Again, no, that isn’t an exaggeration.

Four black men were burned at the stake in the Paris, Texas area, three in Sulphur Springs, three in Kirven, two in Waco, at least two in in Tyler, one in Rockwall, one in Hillsboro, one in Temple, one in Belton, one in Conroe, one in Sherman, one in Texarkana, one in Corsicana, one in Greenville, etc., etc. And some of these cases involved levels of evil and depravity that make the Candyman plotlines pale (pardon the pun) in comparison.

In Paris, Texas in 1893, a mob of thousands watched on as Henry Smith—a black man suspected of raping and killing a white toddler—was tortured with red hot iron pokers for forty-five minutes (by the infant’s father and older brother) before being gruesomely burned to a crisp. They peeled away the skin on his arms, legs, back and abdomen by rolling the searing pokers on contact, reheating them as necessary, and then used them to boil away his eyeballs and burn out his tongue. The white crowd cheered the vicious cruelty and raucously jeered the black suspect’s moans of pain and suffering. The Paris mayor even canceled school for the day so the community’s children could view the spectacle with their parents.

In 1895, the citizens of Tyler seized Henry Hillard—a black man suspected of raping and killing a white woman—and burned him at the stake in front a mob of thousands, partially extinguishing and then reviving the flames so as to extend the effect and general excruciation of the torture to entertain and appease white onlookers. After futilely begging his tormentors to put him out of his misery, Hillard began attempting to bash his own brains out by slamming the back of his head against the iron rail he was affixed to.

In 1915, the citizens of Waco perpetrated the ghastly burning at the stake of Jesse Washington (a mentally handicapped black man suspected of killing a white woman) in full view of the mayor and the local police. The perpetrating mob castrated Washington on the way to the stake and also cut off his fingers. Then, after several times being raised and lowered into the flames for the greatest effect as he was burned alive, Washington began trying to escape his hellish fate by climbing the chain with fingerless hands.

And these are just a fraction of the dozens of macabre atrocities that make the origins of Candyman seem tame. Texans, our forebears, committed atrocities in front of cheering white neighbors. And then created lynching postcards and stereographic viewing sets to celebrate and commemorate these horrific events, which—don’t kid yourself—many of our great-great-great grandads and kinfolk jovially referred to as roasts and barbecues.

Mr. Peele and his associates (and their predecessors) touch on something fundamentally raw, here; something largely unheralded and involving injuries long concealed and clearly unaddressed.

I’d urge fellow Texans to refrain from the namesake character’s name-chant game, because the facts in Texas are darker than the fiction in Candyman.

That’s why conservatives don’t want the truth taught in schools.

E.R. Bills is the author of The 1910 Slocum Massacre: An Act of Genocide in East Texas (History Press, 2014), Black Holocaust: The Paris Horror and a Legacy of Texas Terror (Eakin Press, 2015), and Texas Oblivion: Mysterious Disappearances, Escapes and Cover-Ups (History Press, 2021). He works as a freelance journalist and lives in North Texas with his wife, Stacie. Read other articles by E.R..