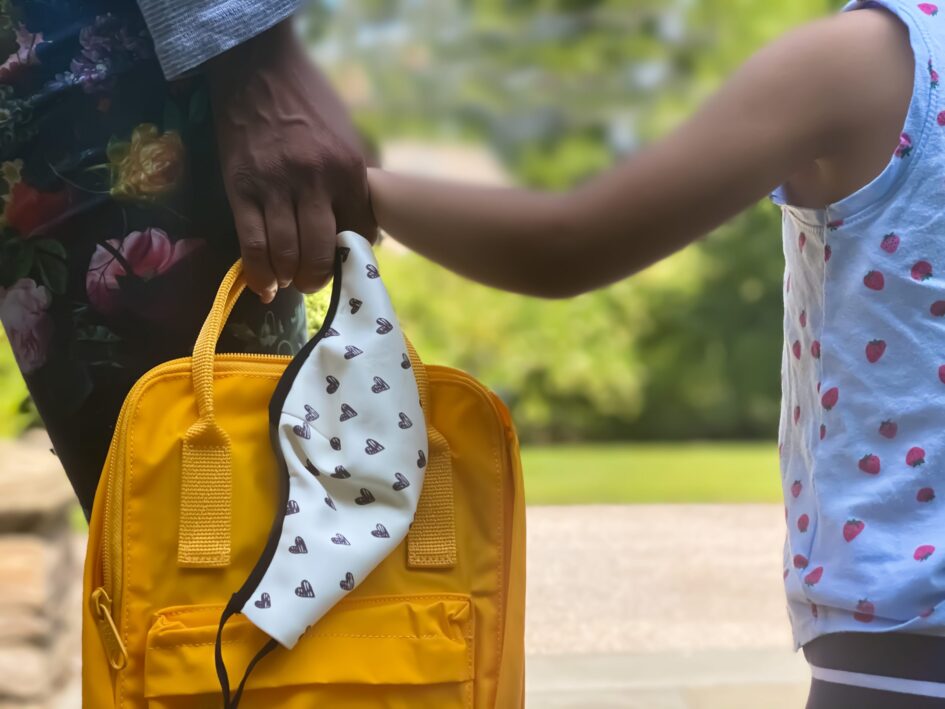 Baltimore City public school students didn’t only have to worry about returning to school in person amid a surging pandemic—many also stepped into schools without functioning air conditioning. Temperatures upwards of 90 degrees forced the early dismissal of hundreds of students at two dozen schools when they reopened on Aug. 30. Schools without AC have had to close early every day this week.

Despite their school closing early on the first two days of class, Baltimore City College High School senior Samreen Sheraz told Battleground Baltimore that school is off to a good start.

“Students are getting the ‘normal’ school environment back, which means they have motivation, and support from peers and teachers,” Sheraz, a member of Students Organizing a Multicultural and Open Society (SOMOS), said. “It is much easier to get it in person rather than online.”

While Sheraz approved of the district’s mask mandate and social distancing policies, they said a better job could be done enforcing it.

“The safety protocols are implemented efficiently in classrooms only,” Sheraz said. “The protocols get a little ignored during lunch and dismissal, which can be dangerous to many.”

In cities like Baltimore with a large digital divide, being able to learn in person again has been helpful; 200,000 mostly low-income Baltimore households with school-aged children lack access to high-speed internet or a computer, a May 2020 Abell Foundation report found.

“Being in school helps the brain to be focused on studying and the improvement of our grades,” Sheraz explained.

The district’s COVID-19 dashboard reports a .17% prevalence rate among 88,000 students and staff. According to the dashboard, 150 positive cases have been reported in the past 10 days. The district says 80% of staff and 90% of principals are vaccinated.

“There could be much better communication with the schools, staff, and students, because as of now I don’t believe that Baltimore City Schools has been very transparent about their plans, if cases keep rising,“ Blanca Rosalez, a SOMOS member and high school junior, told Battleground Baltimore.

Some parents and teachers have taken to social media to express frustration over the lack of a district-wide plan for students who are forced to quarantine when weekly testing of all unvaccinated students and staff begins next week.

​​“There is no plan for quarantined kids; instead there is only school-by-school, teacher-by-teacher. More inequity for kids. Likely to worsen as asymptomatic testing begins and more kids are quarantined,” public school parent Melissa Schober said.

Brittany Johnstone, a school psychologist and special services vice president of the Baltimore Teachers Union, tweeted: “We’re just at the tip of the iceberg. Testing beginning on 9/13 will mean a rapid increase in known positive cases (which the district admitted to in their email to staff) and we have absolutely no clarity on how to educate students who are required to be at home.”

This past week, Gov. Larry Hogan called the lack of AC in some city schools “unbelievable.” Back in 2018, City College students protested Hogan’s lack of funding for city schools when high heat forced students that attended schools without functioning AC to be dismissed early.

Considering the history of disinvestment, Sheraz worries about whether city schools will have enough resources while the pandemic continues with no end in sight.

“School funding is a recurring issue and it has been repeating over the years,” Sheraz said. “Schools would need more resources such as hand sanitizer, Clorox wipes, and tissues to maintain the safety of students and staff.”