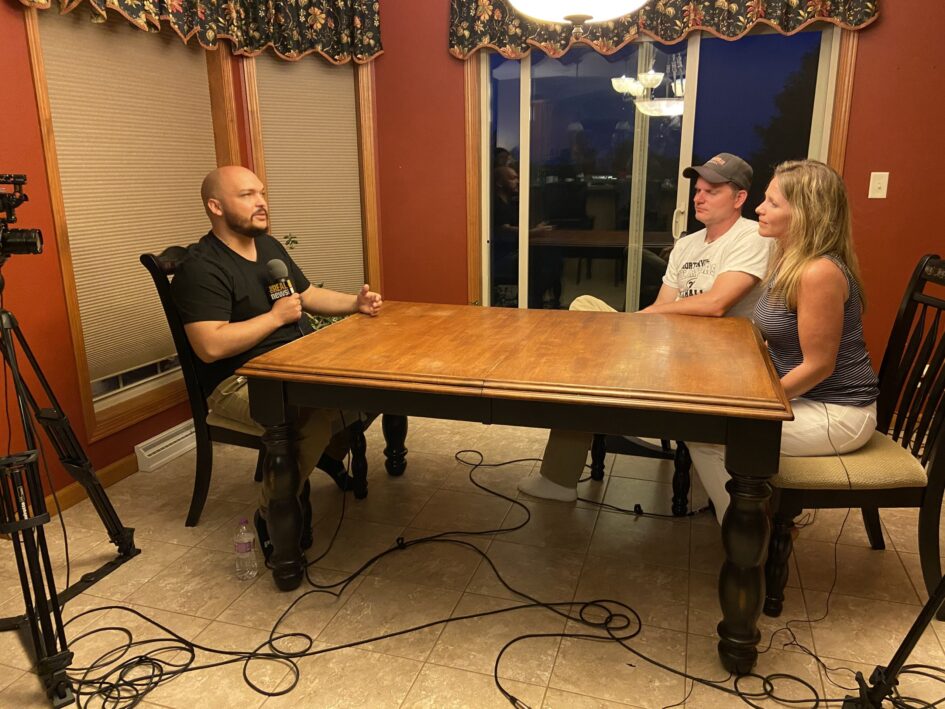 We’re back, baby! We’re kicking off Season 5 of Working People with a multi-part series on teachers and public sector unions in the state of Wisconsin. As part of a special collaboration between The Real News Network and In These Times magazine for “The Wisconsin Idea,” Max, Cameron Granadino (TRNN), and Hannah Faris (In These Times) traveled to Wisconsin in the summer of 2021 to investigate two intertwining stories that have played a crucial role in the right-wing shift and the decades-long attack on workers and unions in a state that used to be a bellwether of the labor movement and progressive politics in America.

One of those stories has to do with the passing of Act 10 in 2011 under Republican governor Scott Walker, which was a hammer blow to public sector unions around the state that stripped them of their collective bargaining rights and put a chokehold on unions’ ability to function—a chokehold that was tightened in 2015 when Wisconsin became the 25th “right to work” state. The other story is the story of a historic teachers’ strike that took place in 1974 in the small, rural town of Hortonville. With a population of just around 1,500 people at the time, Hortonville became the site of one of the most contentious and consequential teachers’ strikes in Wisconsin’s history. And, in many ways, the sort of cultural hostilities, clashing economic pressures, and vicious union-busting that played out in Hortonville set the stage for a statewide showdown over Act 10 nearly 40 years later. The Hortonville strike itself ripped the community in two—over 80 striking educational staff members in the district were fired by an intransigent school board, and the legacy of the broken strike left a deep scar on the town and the school district for many years.

Over the course of this series, we’ll be talking to teachers and organizers in Wisconsin to see how, nearly 50 years after the Hortonville strike and a decade after Act 10 and the historic protests against it at the state capitol, they are still fighting to recover and build worker power. In this interview, Max talks with Amanda and Jeff Frenkel, two K-12 teachers in Hortonville and union organizers with the American Federation of Teachers, about the challenges they and their coworkers are facing today, and about the ways they are working to rebuild the union and serve their community.

Featured Music (all songs sourced from the Free Music Archive at freemusicarchive.org):

The Wisconsin Idea is an independent reporting project of People’s Action Institute, Citizen Action of Wisconsin and In These Times.

A cop tried to keep him from recording a traffic stop, but now he’s fighting back to change the law

Ten years after Act 10, Wisconsin teachers are still fighting to rebuild from the rubble

The struggle for democratic fighting unions

Fighting for the Planet: Unions, Jack Mundey and the Green Bans

A cop tried to arrest him for wearing a hoodie, but that’s not where the harassment ended