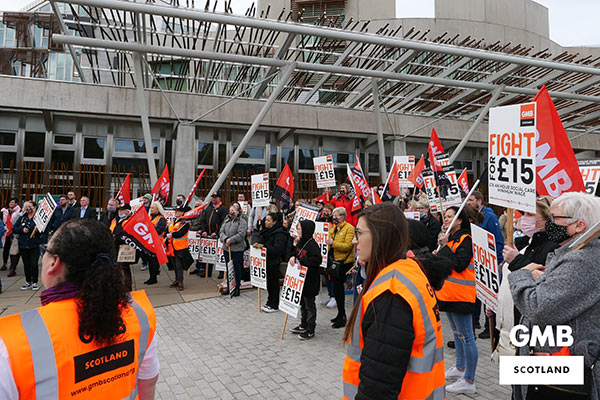 Care workers and the GMB union rallied outside the Scottish Parliament last Saturday to call for a £15 an hour minimum wage.

Health Secretary Humza Yousaf earlier this month announced a pay rise for care staff, but only to a minimum of £10.02 an hour.

GMB general secretary Gary Smith told protesters that care workers would “summon the spirit of the Glasgow women’s strike”. This battle in 2018 ended in big payouts after years of underpaying female workers.

The GMB union members have also seen constant attacks on their terms and conditions for years.

Over 80 percent of workers voted for strikes.

The members of the GMB union who are outsourced to Serco are demanding a pay rise and more respect from management.

The IWGB union members have fought a lively campaign.

Mildre, a cleaner at London Elizabeth said, “We’ve had to fight every day to get them to pay our wages. Only the protest finally forced them to keep their word.”

‘We are fighting for respect,’ say Montreal hotel strikers