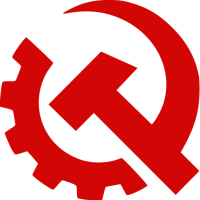 Star City Workers Club met twice on August 1 and 21. With quorum during the August 1 meeting, a bi-weekly meeting schedule of alternating virtual and hybrid in-person meetings was set by unanimous vote. The August 21 meeting was the first hybrid meeting of the club, held at South County Library in Roanoke. Attending members did not make quorum but we’re unanimously in favor of using this location again.

The club finalized wording on a Resist.bot campaign to pressure Senator Mark Warner to support the PRO Act. We sent 14 letters to Senator Warner, helping the overall effort to get his support for the bill. As of August 26, Warner has committed to voting Yes on the PRO Act, in part due to Virginia gubernatorial candidate Terry McAuliffe’s support for the bill.

The club has begun the process of engaging its members on two important focus areas: educational content for meetings and community service/volunteer opportunities. Topics for educational content and speakers was narrowed down to Appalachian labor history, Critical Race Theory/racism, and LGBTQ+ issues. Comrade Ezra suggested reaching out to local trans activist Gavin Grimm about the possibility of speaking during a future meeting. Opportunities for community engagement activities that were discussed included adopt-a-highway/park and volunteering as patient escorts for the Roanoke Planned Parenthood. Comrade Rafael has a connection and already volunteers at Planned Parenthood. The club is polling members to identify interest in these projects and to assign members to research these opportunities further, either individually or as committees to report back to the club. These kinds of activities help educate and enrich our membership and help with cadre building among members and outside organizations that can serve as allies in the working class struggle.

The club has committed to generating written content for VACPUSA.org and other working class publications by encouraging members to write on subjects of personal interest and goings-on in their local communities. Comrades Rafael and Joseph are working on a power analysis for Southwest Virginia, focusing on the Roanoke and Blacksburg-Christiansburg metro areas. Comrade Ezra is working on an article detailing DoorDash organizing in the area, and Comrade Ryan has submitted an article about the recent expansion of Woodgrain, Inc., in Smyth and Grayson Counties.

The club has one new prospective member and a possible non-member ally interested in contributing to the working class struggle in Appalachia. IC it’s working on getting these individuals.

The next club meeting is tentatively scheduled for 2:30 PM on September 4.