Sept. 27: This morning in Palestine, Palestinians were saddened… 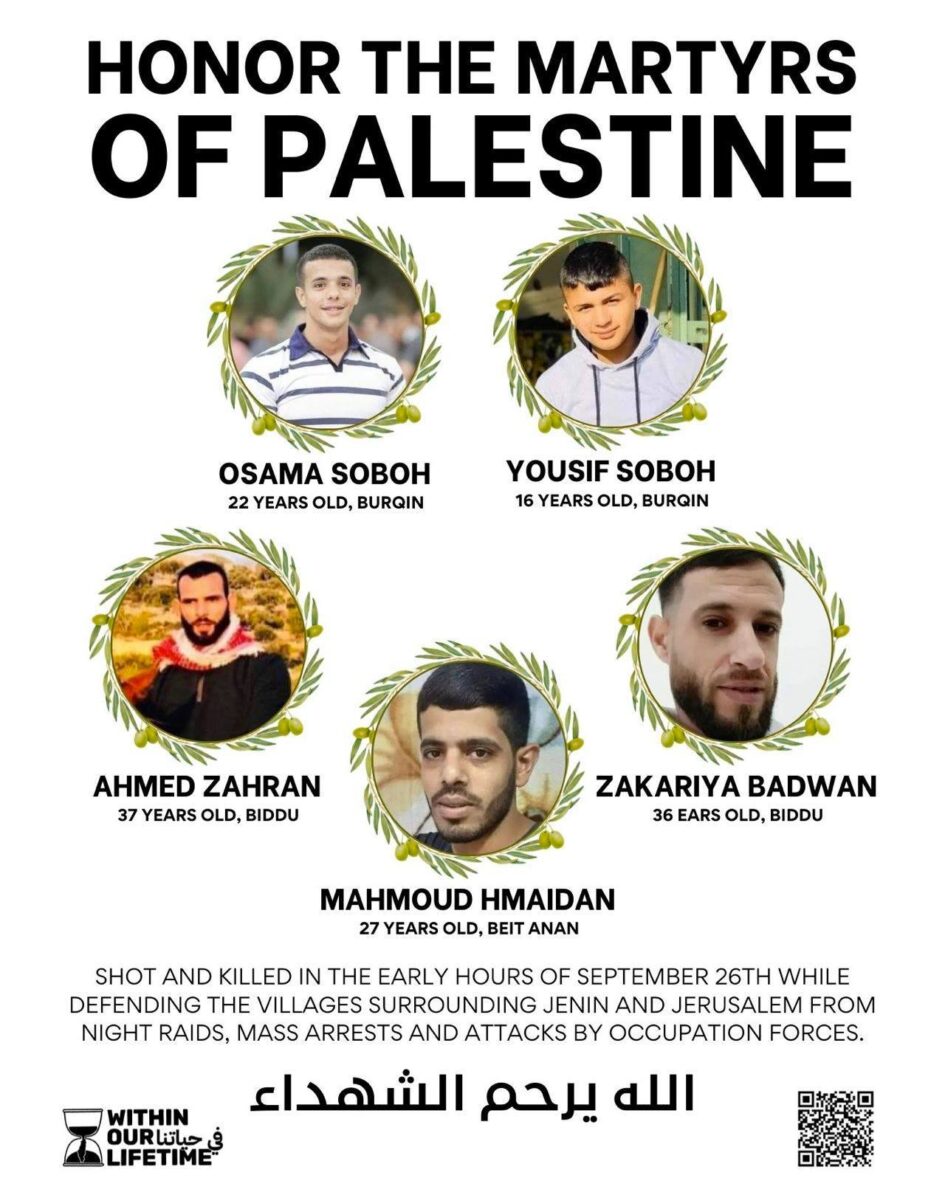 Sept. 27: This morning in Palestine, Palestinians were saddened to wake up to the horrific news that 5 Palestinians were murdered by occupation forces overnight. This is the reality of what every Palestinian faces on a daily basis. Every morning they wake up to find out that one of their own has been tragically murdered. Their deaths should not be normalized and we should not only care when it’s trending. We must defend our people as they are defending Palestine.

Mahmoud Hmaidan, Zakariya Badwan, and Ahmed Zahran were the three freedom fighters from the towns of Beit Anan and Biddu in Jerusalem who were martyred by the IOF. Their bodies are still being held by the occupation forces as they refuse to give them a proper burial.

Osama Soboh and Yousif Soboh were the two martyrs from the town of Burqin, Jenin who were murdered as the occupation forces stormed Jenin and fired bullets at its people. During this raid, the IOF injured up to 8 Palestinians while murdering our two martyrs. Yousif Suboh was just a 16-year-old kid, while Osama Soboh was just planning his wedding next month, after recently celebrating his birthday with his fiancé.

This is what the IOF does, they bring pain and suffering to Palestinian families. As Palestinians wake up to the news of a martyr in Palestine, zionists wake up to continue their occupation & oppression on Palestinians.

We will never forget our martyrs of Jenin, Jerusalem, and all of Palestine. We will always #HonorOurMartyrs.

Via Within Our Lifetime – United for Palestine