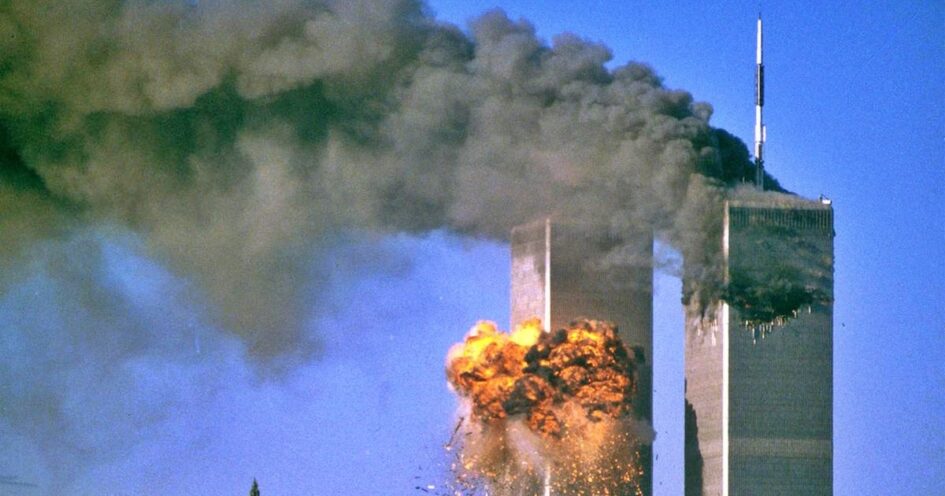 The September 11th marked the 20th anniversary since the terrorist attacks in New York City and Virginia which costed the lives of 3,000 people. Following the attacks the U.S. administration of George W. Bush launched the so-called “War against Terrorism” which led to military interventions in the Middle East, starting with the imperialist war in Afghanistan. Twenty years later we can draw important conclusions about how the U.S. government and its NATO allies actually utilized the savage terrorist attacks of September 11th in order to consolidate and spread their power throughout the world.

From the very beginning, the Communist Party of Greece warned that the September 11th terrorist attacks would be utilized for new imperialist interventions, as well as for the intensification of repression under the pretext of “combating terrorism”. After a meeting of the Central Committee on 15 September 2001, the KKE expressed its sorrow for the thousands of victims, pointing out that such actions are used for the launching of new, criminal attacks against countries, people and popular movements.

“Sympathy towards the victims and the American people cannot and must not turn into sympathy and tolerance for the state policy of the U.S. and other imperialist powers which organize state and parastate terrorism, create and train terrorist groups and armed mercenary death squads”, a KKE statement was stressing out.

Furthermore, the KKE was underlining that the U.S. government and its European allies will focus more intensely on countries and regions of strategic importance, such as Afghanistan, Iraq and other Arab countries, in an effort to intensify an aggressive policy towards Russia and China. At the same time, the Communist Party had called the Greek people to be vigilant in order to resist any “premeditated” attempts for the abolition of democratic and trade union freedoms.

What have we experienced since 2001? The “War against Terrorism” was utilized and continues to be used as a “multi-tool” against the people and their freedoms. Under the pretext for combating terrorism, NATO and the EU, under the leadership of the U.S. governments, escalated their imperialist military interventions throughout the world (primarily in the Middle East and Northern Africa). Within a period of 20 years, we became witnesses of numerous bloody interventions: Afghanistan, Iraq, Central African Republic, Libya, Ukraine, Syria, etc.

But the “War against Terrorism” wasn’t used only as a pretext for imperialist interventions. Since September 11th 2001, the governments have unleashed a war against popular freedoms and rights by strengthening the “anti-terrorist” legal framework. The outcome was the introduction of draconian laws in the United States (“Patriot Act”) and in all EU member-states. Through this way, whoever is considered a threat for the stability of capitalist dominance is labeled an “extremist” and faces serious legal consequences.

A series of new terrorist attacks in Europe (Madrid 2004, London 2005, Paris 2015, etc) provided more pretexts for the establishment of even harder measures of repression against the people. Since 2004, the so-called “preventive repression measures” became part of the EU agenda, focusing on “combating radicalization”. New policies were introduced concerning the close monitoring of people’s personal data, something that was boosted by the rapid development of Social Media.

Imperialist wars throughout the globe

Shortly after the September 11th attacks, the USA and NATO, alongside their allies, launched an imperialist crusade in the Middle East.  In his State of the Union address on January 29, 2002, U.S. President George W. Bush used the phrase “Axis of Evil” in order to describe foreign governments that allegedly “sponsored terrorism” and sought “weapons of mass destruction”. This list included countries like Iran, Iraq, Democratic People’s Republic of Korea, Syria, Libya, Cuba, Belarus and others.

Under the pretext of Taliban support for Al-Qaeda and Osama Bin Laden, Afghanistan became the first target of the US-NATO attack. We must remind that the Taliban are the continuation of the fanatic jihadists who were trained, armed and financed by the U.S. governments during the 1980s, in order to turn them against the Soviet Union. The rise of the Taliban in the Asian country’s leadership in the 1990s had the valuable aid of the U.S. and the CIA and came as a result of the collapse of the socialist Democratic Republic of Afghanistan. The “freedom fighters” – as Reagan and Thatcher had called them – of the 1980s had been turned in 2001 into “evil terrorists” who had to be exterminated.

After Afghanistan, the U.S and their NATO allies launched numerous – “preemptive” or not – imperialist attacks in the Middle East and Northern Africa based on the story created after the 9/11 events. The 2003 invasion in Iraq, which was justified on the false allegation that Saddam Hussein’s government owned nuclear and biological weapons, was a major crime with immeasurable consequences for the broader region.

The pretext of “War Against Terrorism” was also used for the extensive activity of the U.S. secret services in numerous countries, including abductions of “suspects”, imprisonments without trial in high security installations (U.S. military base in Guantanamo, secret CIA prisons in the Middle East and Asia), torture interrogation methods, etc.

The total cost of the wars launched after the 9/11 in Afghanistan, Iraq, Syria and Libya is estimated at about 6 billion dollars. More than 15,000 U.S. soldiers were killed, hundreds of thousands of civilians were massacred in the imperialist interventions and millions of people were uprooted.

A tragedy turned into an opportunity
In his 1997 book “The Grand Chessboard: American Primacy and its Geostrategic Imperatives”, Zbigniew Brzezinski had clearly outlined the strategy that the U.S. had to follow in order to remain the only superpower: “For America, the chief geopolitical prize is Eurasia… America is now the only global superpower and Eurasia is the globe’s central arena. Hence, what happens to the distribution of power on the Eurasian continent will be of decisive importance to America’s global primacy and to America’s historic legacy”.

The terrorist attacks of 2001 provided the necessary pretext for actions that would consolidate the U.S. imperialist dominance in the Eurasian region and, at the same time, would initiate a round of attacks against the people’s freedoms and rights. In a few words, it was a tragedy turned into an opportunity.

Someone could say that if September 11th had not been happened, U.S. imperialism and its allies would try to invent it.

* Nikos Mottas is the Editor-in-Chief of In Defense of Communism.

Every COVID-19 death is a preventable tragedy