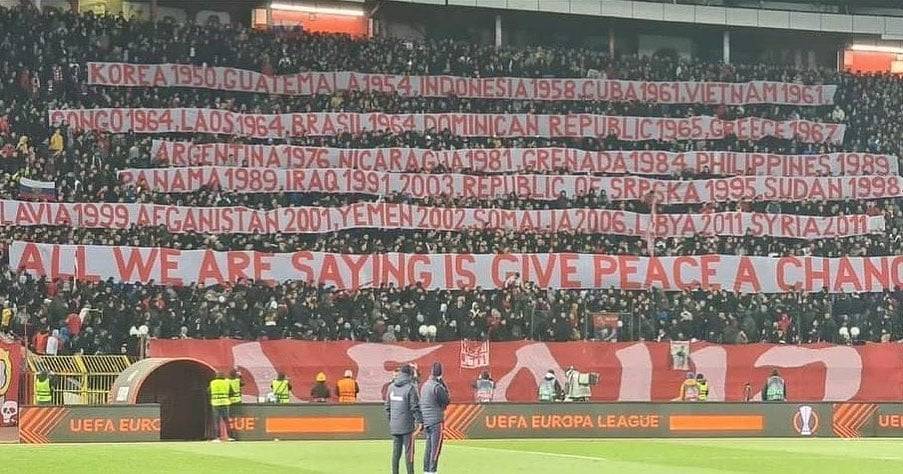 BELGRADE- A fan group of the Serbian football club Red Star in a game on Thursday used banners to show U.S.-led NATO interventions around the world in the past decades.

During the halftime of the game at the Rajko Mitic stadium here, the Serbian fans raised huge banners listing U.S.-led NATO interventions in the past decades, one of which wrote of Beatles songwriter John Lennon’s anti-war song: “All we are saying is give peace a chance.”

The banners showed the NATO interventions in such countries and regions as the Democratic People’s Republic of Korea, Cuba, Vietnam, Panama, Iraq, Yugoslavia, Afghanistan, Yemen, Somalia, Libya, Syria and so on.

In 1999, the U.S.-led NATO forces carried out continuous airstrikes for 78 days against Yugoslavia, leaving more than 8,000 civilians dead or injured and nearly 1 million displaced.

Why football matters in Algeria