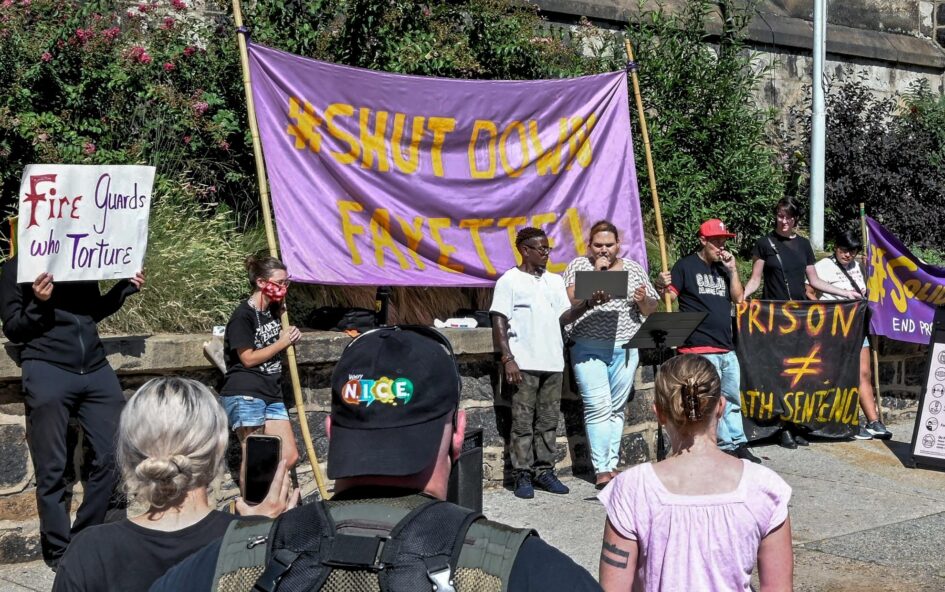 For decades the toxic water and environment at Pennsylvania’s SCI Fayette prison has poisoned and killed incarcerated people inside. A rally to raise awareness and to call for the shutdown of SCI Fayette was held Sept. 19 outside Philadelphia’s historic Eastern State Penitentiary, birthplace of the modern U.S. prison system.

The event, attended by around 50 people, was organized by the Human Rights Coalition PA. The rally raised the health impacts of toxic coal ash, as well as fracking wastes and the link between environmental justice and prison abolition. While coal mines have closed, fracking for natural gas has taken their place as a major environmental hazard.

Opened in 2003, SCI Fayette in LaBelle, Pa., was built on a Coal Refuse Deposit Area bordering a coal ash dump. It is situated amid a massive toxic waste dump with around “40 million tons of waste, two coal slurry ponds and millions of cubic yards of coal combustion waste,” according to the Abolitionist Law Center, which began investigating the facility in 2013 after receiving reports of high rates of cancers and deaths among both inmates and guards.

Rally speakers described how incarcerated people in the facility and prison staff reported chronic sore throats; throat swelling; shortness of breath; headaches; dizziness; vision problems; stomach pain; sores; cysts; and tumors in their mouths, noses and throats and on their skin. Many were diagnosed with thyroid cancer, as were residents of the nearby town of LaBelle.

In the 18 years since the prison opened, the Pennsylvania Department of Corrections reacted to incarcerated people’s reports of cancer clusters by moving them to other state facilities to die.

Dana Lomax-Williams, with the Delaware County chapter of the Coalition to Abolish Death by Incarceration, denounced the conditions at SCI Fayette as death sentences. Saudia Durrant with the Abolitionist Law Center and the newly formed Philadelphia Jericho Movement urged activists to get involved with the struggle to shut Fayette down.

Teddie Kelly with Workers World Party described the historic collusion between the coal mine bosses, the prison system and the capitalist state. She noted that when white workers lost jobs after the mines closed, they frequently migrated to major cities like Philadelphia for work. Eventually employment in coal mines in rural areas was replaced by jobs in prisons. Later, many Black and Brown workers in major urban areas, who lost jobs due to globalization and the consequent offshoring of jobs, ended up incarcerated in these same rural prisons.