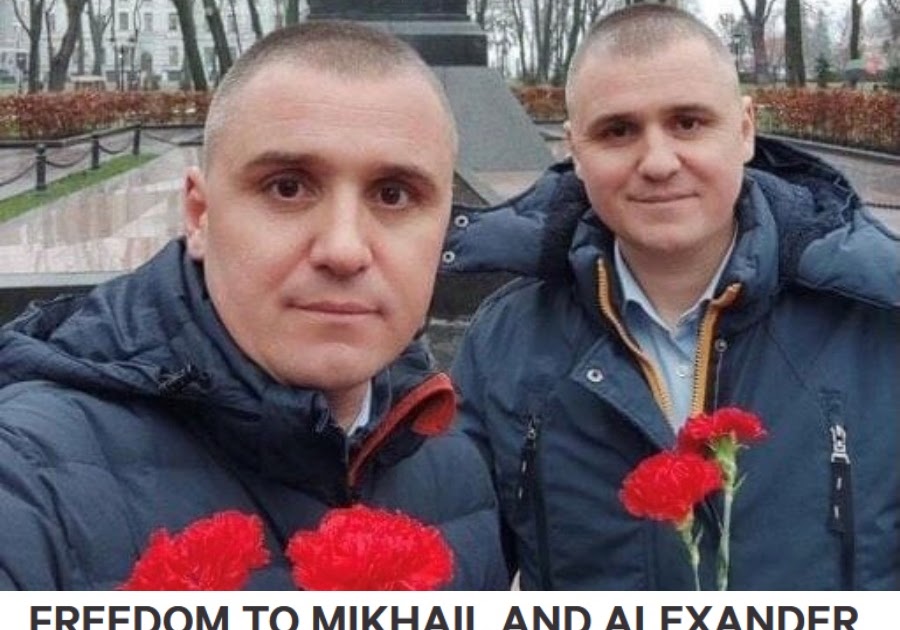 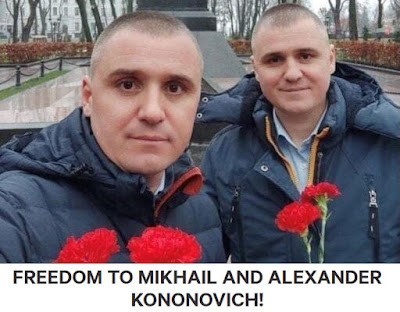 All comrades/friends/readers are kindly requested to sign and share the Petition demanding the immediate release of Mikhail and Aleksander Kononovich, members of the Leninist Communist Youth of Ukraine who have been arrested by the Ukrainian authorities on March 7th, 2022.

Also, send emails and letters to your local Ukrainian Embassy or Consulate (check a list below) to protest the unacceptable and unjust detention of Kononovich brothers.

The full text of the Petition:

I/We strongly condemn the arrest of the First Secretary of the Leninist Communist Youth of Ukraine Mikhail Kononovich and his brother, Aleksander, by Ukrainian authorities. According to the latest available information, Mikhail and Alexander Kononovich have been subjected to violence by Ukrainian police authorties and are currently imprisoned in pre-trial detention center in Kiev.

At a time when the imperialist war is under way, with immense casualties, the Government of Ukraine utilizes the provisions of the despicable anti-communist legal framework in order to proceed to the detention of two young men. Mikhail and Aleksander Kononovich are two communists who defend their ideas and fight for a better world without exploitation of man by man, a world without imperialist wars such as the ongoing one.

I/We demand the immediate release of Mikhail and Aleksander Kononovich and the lifting of all the unacceptable anti-communist laws that are used as pretexts for the persecution of communists in your country.

Mikhail and Aleksander Kononovich are not enemies of the people of Ukraine. Fascism and Imperialism are.

The Government of Ukraine will be accountable for anything that may happen to these young men.

KKE in EU Parliament: Urgent question about the arrest of Kononovich brothers in Ukraine

‘In Cuba, the island of freedom, our brothers are embracing…