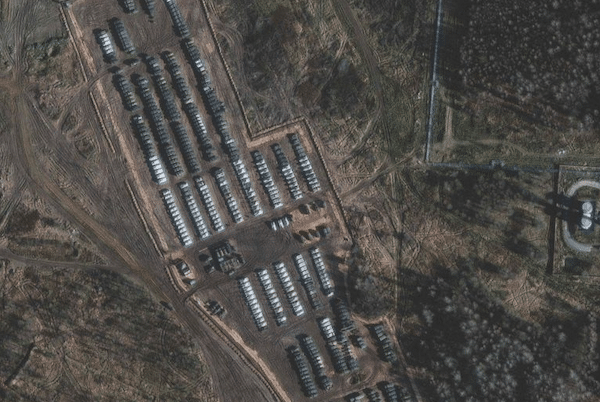 The “feel-good” from Tuesday’s virtual meeting between President Joe Biden and President Xi Jinping leaps out of the U.S.-Russian summit in Geneva in June.

Biden’s talks with Russian President Vladimir Putin apparently sought to create a “stable and predictable” relationship with Russia but there is talk of war today.

On Tuesday, Jake Sullivan, Biden’s national security adviser, said during a briefing about the summit that the U.S. and like-minded partners would write the “rules to advance their interests and values” and push back on China.

On Thursday, Biden revealed that he is considering a diplomatic boycott of the Winter Olympics in Beijing.

On Friday, the U.S. state department announced that a U.S.-Taiwan Economic Prosperity Partnership Dialogue will be held today to strengthen commercial and economic cooperation, highlighting that Taiwan will remain a serious flashpoint in the U..S-China relationship and the Biden Administration will step up military and technology cooperation with Taipei.

On Saturday, the head of the U.S. Indo-Pacific Command Admiral John Aquilino reaffirmed America’s commitment to achieving a free and open Indo-Pacific region and stressed to the allies the urgency to address rising tensions with China and its military actions.

Senior White House officials have since urged Beijing to abide by “the rule of the road”, or “traffic rules” alternately.

On Friday, China hit back. Qin Gang, ambassador to the U.S., bluntly questioned the U.S.’ mandate to assert that Beijing should obey “traffic rules” set by the White House and accused the U.S. of trying to erect another “Berlin Wall” to contain China. read more

In comparison, the Biden-Putin summit at Geneva has had more shelf-life. Yet, the U.S. is now warning allies that Russia appears to be heading toward war in Ukraine.

Fundamentally, on the diplomatic plane, the Biden administration’s objective is to set up “guardrails” to avoid bilateral tensions escalating into conflict with either China or Russia. In reality, though, these “guardrails” would act as a unilateral constraint on China and Russia’s part vis-à-vis the U.S.’ interests.

It’s a recipe for distrust and antagonism. Sourabh Gupta, senior fellow at the Institute for China-America Studies in Washington, aptly framed the paradigm as “a la carte transactionalism” that sidesteps genuine cooperation.

Clearly, neither China nor Russia will settle for such a messy, managed coexistence, since Taiwan and Ukraine are existential issues. They will call the U.S. bluff at some point. The current tensions over Ukraine are emblematic of it.

The U.S. is adopting the salami tactic, which is incrementally provocative and puts Beijing and Moscow to stress tests. It relentlessly keeps poking their “red lines” to create new facts on the ground.

Red lines are about deterrence. The purpose of drawing them in the first place is to communicate crucial security interests and the severe consequences that would ensue if they were undermined. In essence, Moscow’s ultimatums are intended to stop the West from making a dangerous miscalculation.

Deterrence rests on the three Cs: capability, credibility, and communication. Russia has the military capability to act if its red lines are crossed, it’s demonstrated credibility in terms of its preparedness to act on threats, and it knows the specifics must be communicated clearly to avoid the West making any mis-steps that would necessitate a forceful response. However, the weakness in its red lines is the current lack of detail as to what would happen if another nation took a step too far.

Prof. Diesen was writing in Kremlin-funded RT soon after President Vladimir Putin’s forceful remarks in Moscow on November 18, regarding the “red lines” in Ukraine. read more

What the U.S. is doing in Taiwan is almost ditto the same as in Ukraine. In both Taiwan and Ukraine, the U.S. has put “trip wires” in the form of deployment of special forces, obfuscating the “red line”. And in both cases, the U.S. resorting to the slow creep of salami tactics–“conquest via the cutting off of thin slices. No one action is so outrageous it forms the pretext for war, but, one day, you turn around and realise how much ground you’ve lost,” as Prof. Diesen wrote. read more

Moscow’s patience is wearing thin. Quintessentially, Moscow cannot and will not accept anymore:

Putin had hoped that Biden would sense Russia’s concerns, but there has been no course correction and the old approach is being vigorously advanced. From the Russian viewpoint, the U.S. policy is making it impossible for Moscow to have normal ties with Kiev and is inexorably leading to creation of an anti-Russian state right on its western border.

Interestingly, Putin had also brought into his remarks the centrality of Sino-Russian quasi-alliance. Putin said, “Some of our Western partners are openly trying to drive a wedge between Moscow and Beijing. We are well aware of this. Together with our Chinese friends, we will continue responding to such attempts by expanding our political, economic and other cooperation, and coordinating steps in the world arena.” The Chinese Foreign Ministry hailed Putin’s remarks.

On November 19, China and Russia conducted a joint strategic aerial patrol in the Sea of Japan and the East China Sea. Two nuclear-capable bombers each from the Russian and Chinese sides took part in the patrol that lasted over ten hours. Tass highlighted that Putin was kept informed of it.

For China and Russia, Taiwan and Ukraine are existential issues. Beijing cannot afford Taiwan’s metastasis as component of a U.S.-led cordon sanitaire. Moscow too cannot afford a similar eventuality along its western and southern border. (Last week, NATO secretary-general openly spoke about the deployment of nuclear weapons in Eastern Europe.)

Suffice to say, Russia will not take the current trends stoically. What happens then? The Kremlin has warned of the gravity of the developing situation.

Indeed, no one is talking here about any Sino-Russian “collusion”. Nor is it the case that for either Moscow or Beijing, the issue is simply a question of going to war or not. Both China and Russia could still take a proactive approach to further their aims.

Beijing would conceivably have measures to deal with provocations by the Taiwan independence forces. For Moscow too, there are options short of an invasion of Ukraine. Suffice to say, both countries have options in their toolbox that haven’t been used yet.

However, it is an entirely new scenario if a simultaneity appears in the “action-reaction” syndrome in the Far East and Eastern Europe. There are variables in play but a scenario of simultaneity cannot have favourable outcome for the U.S. geopolitically in the western Pacific and globally. In fact, the world may wear an altogether different look.

If Beijing were to watch passively as Russia “loses” in Ukraine, the U.S. will only get emboldened, and China’s capacity to push back at U.S. hegemony gets weakened. Again, if the U.S. emerges triumphant in the Far East, Washington will impose on Russia a reset of global strategic stability on its terms, no matter what it takes.

Taiwan and Ukraine are indeed joined at the hips and the stakes couldn’t be any higher for Russia and China.

The Neocolonial Collusion of HBCUs and the State

Why Taiwan could Trigger A War with China